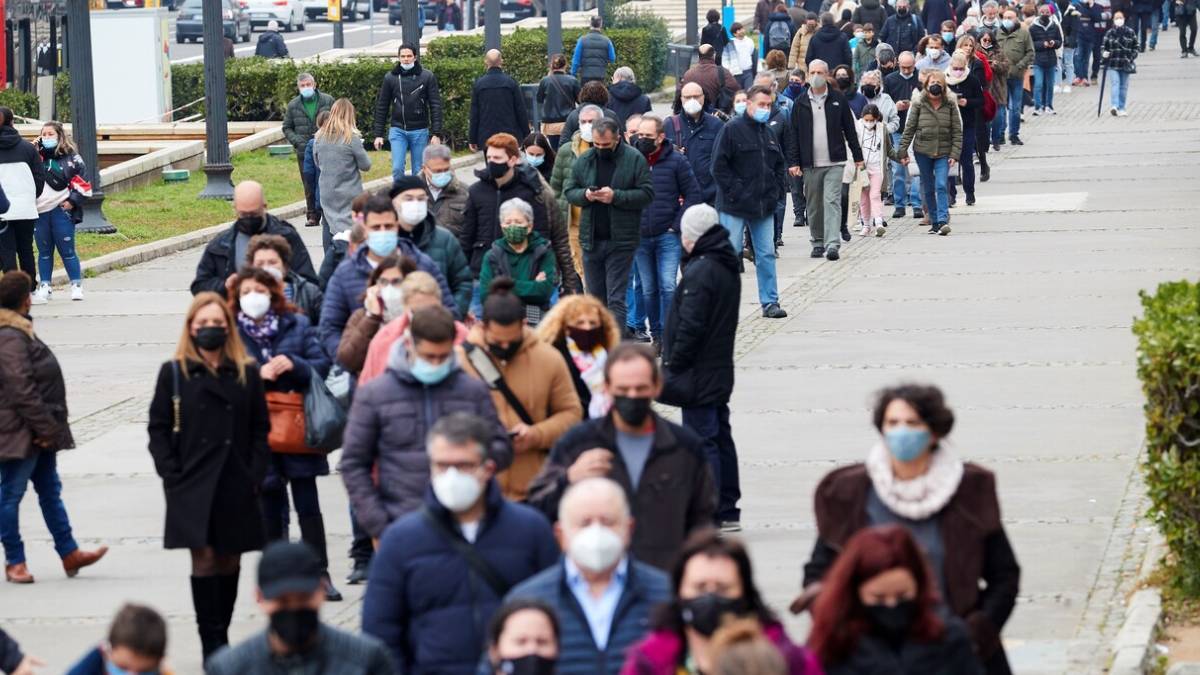 The rise of the omicron variant of the coronavirus, coupled with the persistence of the earlier delta variant, is producing a “tsunami of new cases”, has alerted the director general of the World Health Organization (WHO), Tedros Adhanom Ghebreyesus, who has called for extreme social measures to stop infections.

The record numbers of positives, which they are already close to a million a day, “They are going to continue adding pressure to health systems on the brink of collapse, with their workers already exhausted,” Tedros stressed at a press conference.

Tedros stressed that, given the rapid advance of the omicron variant, attention should be paid not only to the vaccination campaign, but also to “public health measures” that avoid saturating health networks and “can keep societies open and allow children to go to school.”

Insistence on the need for vaccination

However, Tedros has insisted on the need to be vaccinated against COVID-19 and has indicated that “the unvaccinated are at higher risk to die from the disease, whatever its variant. “

The head of the WHO has recalled that in 2021 3.5 million have died from the pandemic, compared to the less than 2 million who died last year.

The goal of getting 40% of the population in all countries of the world to be vaccinated against COVID-19 by the end of 2021, set by the WHO, will not be achieved, since 92 countries will not reach that rate, has lamented the director general of the organization.

“It was a plausible goal, and not having reached it is not only a moral shame, but it has cost many lives and has given the virus the opportunity to spread and mutate,” said Tedros.

Although the average rate of vaccinated in the world is close to 60%, the situation oscillates between percentages of around 80% in Western countries to less than 8% in low-income economies, mainly on the African continent.

Supply problems have been one of the main causes of this failure, Tedros has indicated, although the Ethiopian has also denounced that in many cases the vaccines reached developing countries close to their expiration date, or not accompanied by essential components to administer them, such as syringes.

In view of the unfulfilled objective, Tedros has asked the international community to continue working so that the second goal set is achieved, that of reaching the 70% of the population vaccinated against COVID in all countries by mid-2022.

Europe returns to the epicenter of the pandemic

Last week infections grew by 57% and these days several countries register records of daily cases. France, has an incidence similar to that of Spain and is registering close to 200,000 new infections daily. The United Kingdom has 2,000 cases of incidence and Portugal is already close to 900. And at the head Denmark, with the highest infection rate in the world.

Ómicron puts Europe at the epicenter of the pandemic

In GermanyOn the other hand, infections have been falling for two weeks, although the German Minister of Health, Karl Lauterbach, has warned that the real incidence of infections can be two or even three times higher than that reflected in the data available and that they are distorted by the Christmas festivities.

“The current data implies the danger of underestimating the real situation”, Lauterbach affirmed in relation to the statistics of new infections spread these days, in which the data reporting slows down and fewer tests are carried out.

The Minister of Health has insisted on the need to speed up vaccination and recalled that only the dose of soda offers more effective protection against the omicron variant.

The weekly incidence reached 205.5 infections per 100,000 inhabitants compared to 215.6 the day before and 289 a week ago. At the peak of the current fourth wave in Germany, 480 infections were touched in seven days, the maximum in the entire pandemic in this country.