Skip to content
Home News WHO affirms that deaths from COVID continue to fall despite the “omicron tsunami”: infections increase by 70% | Science and Technology 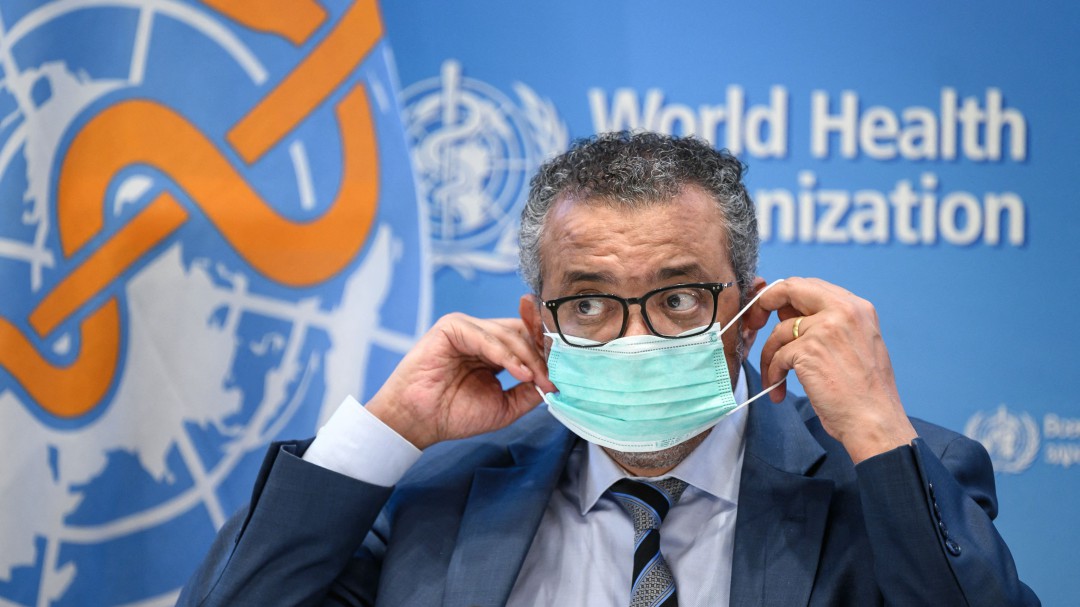 Global cases of COVID-19 increased 70%, a percentage never seen before, in the past week from December 27 to January 2, but deaths from the disease fell 10% in that period, according to the published epidemiological report. today by the World Health Organization (WHO).

Last week there were 9.5 million confirmed infections, a figure that almost double the previous weekly records, while the deaths were 41,000, which is the fourth consecutive week of decreases in deaths despite the current virulent wave of infections. Paradoxically, America, the continent where the increase in cases was greater (100%), was also the region where deaths fell the most (18%), while in Europe, with a 65% increase in positive cases, deaths they were down 6%.

In absolute figures, Europe was the continent with the most infections registered in the week studied (5.3 million) and more deaths (22,000), while in America 3.2 million positives and 10,000 deaths were reported At the current rate Europe, with 103 million cases since the beginning of the pandemic, will soon surpass America (104 million) in confirmed infections of COVID-19. In Africa, the continent where the omicron variant was first detected, cases increased only 7% last week, the lowest percentage by region, although deaths rose 22% (1,100 in the seven days studied).

In the rest of the regions there were decreases in deaths, including South Asia, where deaths fell 7% despite the strong growth of 78% in new infections.

The epidemiological report did not offer data on the presence of the different variants of the coronavirus in new infections, although in some countries it is already reported that the omicron strain is the dominant one. More than 9.3 billion anticovid vaccines have been administered in the world, with which 59% of the world population has received at least one dose, although the percentage drops to 8.8% in the case of low-income countries, most located on the African continent.

WHO ensures that vaccines work against all variants

The existing vaccines against COVID-19 “work against all the variants that are currently circulating,” said Maria Van Kerkhove, head of the anticovid cell of the World Health Organization (WHO), given the rise of the omicron strain, that has infected many vaccinated people.

Despite the fact that the omicron variant seems to reduce the neutralization capacity of vaccines, which explains these infections of vaccinated people, these drugs “continue to be very effective in preventing serious forms of the disease and reducing deaths,” said the American expert in Rueda. press.

Asked whether citizens should increase their prevention measures in the face of the high number of infections around the world, Van Kerkhove recommended the same gestures that have become widespread in 2020 “in order to reduce the risk of exposure.”

The expert recalled in this regard the need to maintain physical distance from other people, to avoid meetings of people in poorly ventilated places, and especially insisted on “wearing appropriate masks” and correctly.

“Wearing the mask under the nose or on the chin is useless and gives you a false sense of security,” warned Van Kerkhove, who asked positive cases to isolate themselves, make efforts not to transmit the virus and alert their contacts who have contracted COVID-19.

“Basically, we ask everyone to make their contribution,” said the expert, who acknowledged that “it is amazing how fast this variant is transmitted, but any other could also do so in similar situations.” The director of Health Emergencies of the WHO, Mike Ryan, added that one of the best protections in the current wave of infections is to “get vaccinated when you have access to doses.”

The director general of the World Health Organization (WHO), Tedros Adhanom Ghebreyesus, has criticized countries that are proceeding to administer a fourth dose of the vaccine against Covid-19 and has called “to end the inequality of last year “.

“At the current rate, 109 countries in the world will not be able to meet the goal of having 70 percent of their population vaccinated by mid-2022. The essence of the disparity is that some countries are proceeding with a fourth vaccination, while others They have not even been able to vaccinate their health workers, “Tedros denounced, adding that” we must resolve the inequalities of last year. “

“Reinforcement after reinforcement, these few countries will not put an end to the pandemic as long as there are millions of unimmunized people in the rest of the world,” recalled the WHO director general. “We must find another way to proceed in the short term, sharing the vaccines that are produced, although this was not the case in 2021,” he lamented.

To mark the new year, Tedros has called on world leaders to “start over” and commit to the campaign to vaccinate 70 percent of the world’s population by July 2022. He has also asked to ensure that innovative treatments are available. In all countries. “To leave the most acute part of the pandemic behind, highly effective tools must be shared with all the countries of the world,” he reiterated.

“Vaccine inequality kills and destroys jobs, and undermines economic recovery,” said Tedros, who recalled that, as long as equity is not achieved, new variants will continue to appear in countries with low vaccination rates.