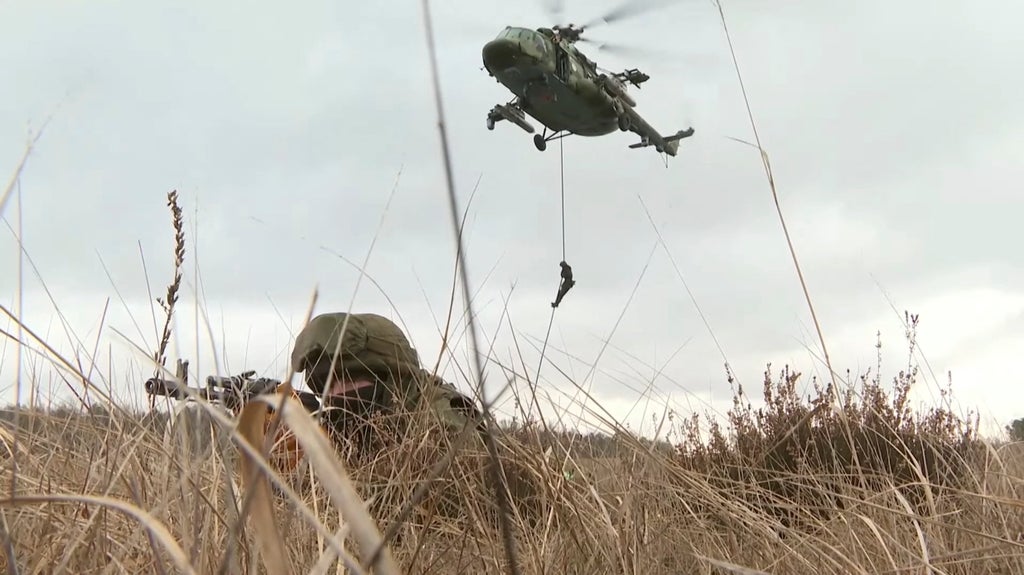 President Joe Biden on Friday directed the Defense Department to deploy 3,000 additional US troops who will bolster the Nato presence in Eastern Europe as Russian forces continue massing for what US officials say could be an imminent invasion of Ukraine.

Those US forces will join 3,000 soldiers who are currently deploying to Romania and Poland, and those 6,000 could soon be supplemented by 8,500 more US troops who have received orders to be on standby to join the counterforce Nato is assembling to protect the alliance’s easternmost members in the event of a Russian incursion into Ukraine.

Russia has amassed more than 100,000 troops along the Russia-Ukraine border since last March, prompting the US and Nato to warn Moscow of crippling sanctions that would be imposed in the event of an invasion, which would be Russia’s second such attack on Ukraine since the invasion of Crimea in 2014.

Moscow has repeatedly denied it has any plans to invade, but has threatened “military-technical” actions if demands for Nato to withdraw troops from former Soviet republics that have joined the alliance and bar Ukraine from future membership are not met.

Citing the growing likelihood of a Russian attack, White House national security adviser Jake Sullivan urged Americans to leave Ukraine within the next 48 hours, citing intelligence which suggests Russian President Vladimir Putin could order an invasion of the country before the conclusion of the Winter Olympics in Beijing.

Speaking at the daily White House press briefing on Friday, Mr Sullivan said President Joe Biden “will not be putting the lives of our men and women in uniform at risk by sending them into a war zone to rescue people who could have left now but chose not to”.

“We’re asking people to make the responsible choice,” he added.

The White House warning comes a day after Mr Biden told NBC’s Lester Holt he would not put American troops in a position to exchange shots in anger with Russian soldiers in the event of an invasion.

After telling Holt that US citizens in Ukraine “should leave now,” Mr Biden said the idea that US troops could rescue any Americans trapped in Ukraine in the event of a Russian invasion was unrealistic and completely unlike scenarios some have posited which compare such a hypothetical action to rescue missions mounted in the Middle East and Afghanistan.

Mr Sullivan told reporters that a Russian invasion of Ukraine “could begin at any time” if Mr Putin were to give such an order.

“I will not comment on the details of our intelligence information. but I do want to be clear, it could begin during the Olympics, despite a lot of speculation that it would only happen after the Olympics,” he said.

He added that the “strong” and “distinct possibility of action in a relatively near-term timeframe” is “backed up by our view of what’s happening on the ground” and by “information that we continue to acquire, day by day including over the course of the past few days”.

If Russia does invade Ukraine, Mr Sullivan said there is a “very real” possibility that such an action could lead to “the seizure of a significant amount of territory in Ukraine,” including major cities and the Ukrainian capital Kiev.