Skip to content
Home News When will free Covid lateral flow tests end in the UK? 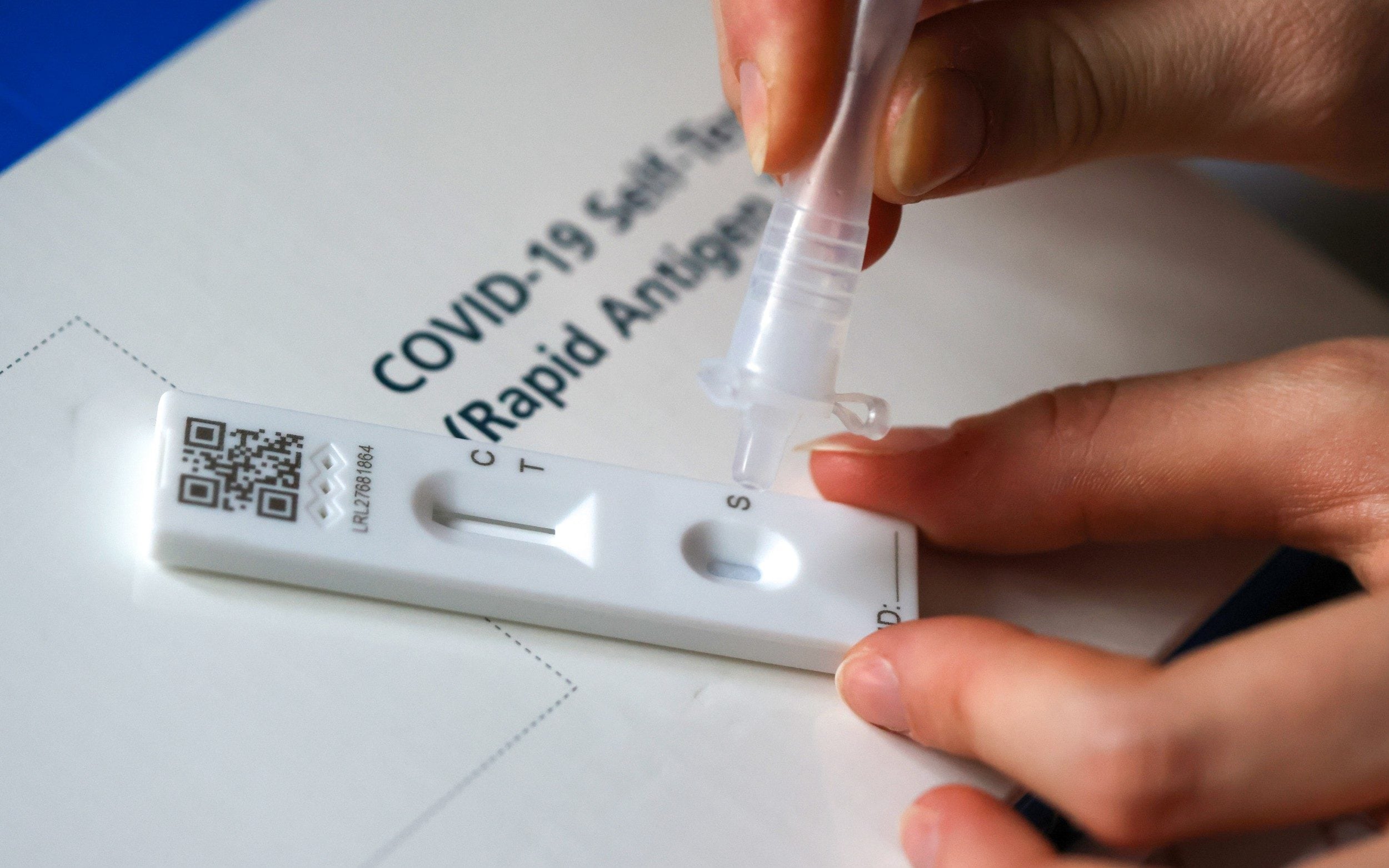 Boris Johnson has confirmed that under the Government’s “learning to live with Covid” strategy, which was released later in the day, free lateral flow and PCR tests will come to an end.

On Monday 21 February, the public were blocked from requesting more tests if they had placed an order for lateral flow tests within the last 72 hours.

A press conference later that day formally announced the changes being made, with Boris Johnson announcing that all Covid regulations will be scrapped from Thursday 24 February – including those that require people to self-isolate if they test positive for the virus.

Sources close to the Telegraph have said that LFTs will remain available and free of charge to some age groups – including over-80s and hospital staff and patients.

Under the current system, lateral flow tests can be ordered online for free or picked up from pharmacies and other community centers by anyone who does not have Covid symptoms, but is worried about spreading the virus.

People who are displaying Covid symptoms can also order a free polymerase chain reaction (PCR) test kit to be sent to their home or book an appointment at a walk-in or drive-through test site.

But the Prime Minister has said that these free tests will be scrapped from April 1, with Number 10 instead encouraging personal responsibility.

In his announcement, Boris Johnson said “we don’t need laws to compel people to be considerate of others, we can rely on that sense of responsibility toward one another.”

The plan has already been met with resistance, including from Sir Keir Starmer who said that charging for the tests did not make sense for public health or the economy. He told The Guardian: “I think ending free testing is a mistake.”

When will free Covid tests stop being available?

Mr Johnson confirmed that Britain will soon begin Covid testing “at a much lower level”.

In his announcement, the Prime Minister said that free testing would come to an end as of April 1 – with sources suggesting the phasing out taking place as the weather improves and cases are expected to decline.

Why will free Covid tests be stopped?

Lateral flow tests will end as the Government pursues its “learning to live with Covid” strategy, with Mr Johnson highlighting the cost to the taxpayer of providing free lateral flow and PCR tests.

Asked about the system of free testing and the possibility of losing early warning signals, Mr Johnson said: “I want to make sure that we have capability to spot stuff and to snap back up as fast as we need to.

Countries such as Germany and France have already put an end to universal free testing.

What has the reaction been in Scotland to the end of free tests?

On February 22, Nicola Sturgeon set out her Scottish Covid plan but expressed her “frustration at the UK Government’s position” on testing.

See also  # ConexionGallego: "To always put Casemiro, Kroos and Modric there was no need for Zidane to leave" | sports

“It is of course for the Prime Minister to decide how best to tackle Covid in England. However current funding arrangements mean that taxpayers in all four nations contribute to the cost. It is decisions taken for England that determine the resources available to Scotland, Wales and Northern Ireland for testing and other Covid measures.”

Ms Sturgeon said she has “no clarity” on how much investing will support coronavirus testing in future, or if additional resources will be provided to Scotland in future.

“I hope we do get this clarity soon so we can then set out our own longer-term approach to testing,” she added, stressing that her government wanted to maintain a “robust” system.