Skip to content
Home News When will free Covid lateral flow tests end in the UK and how much will they cost in future? 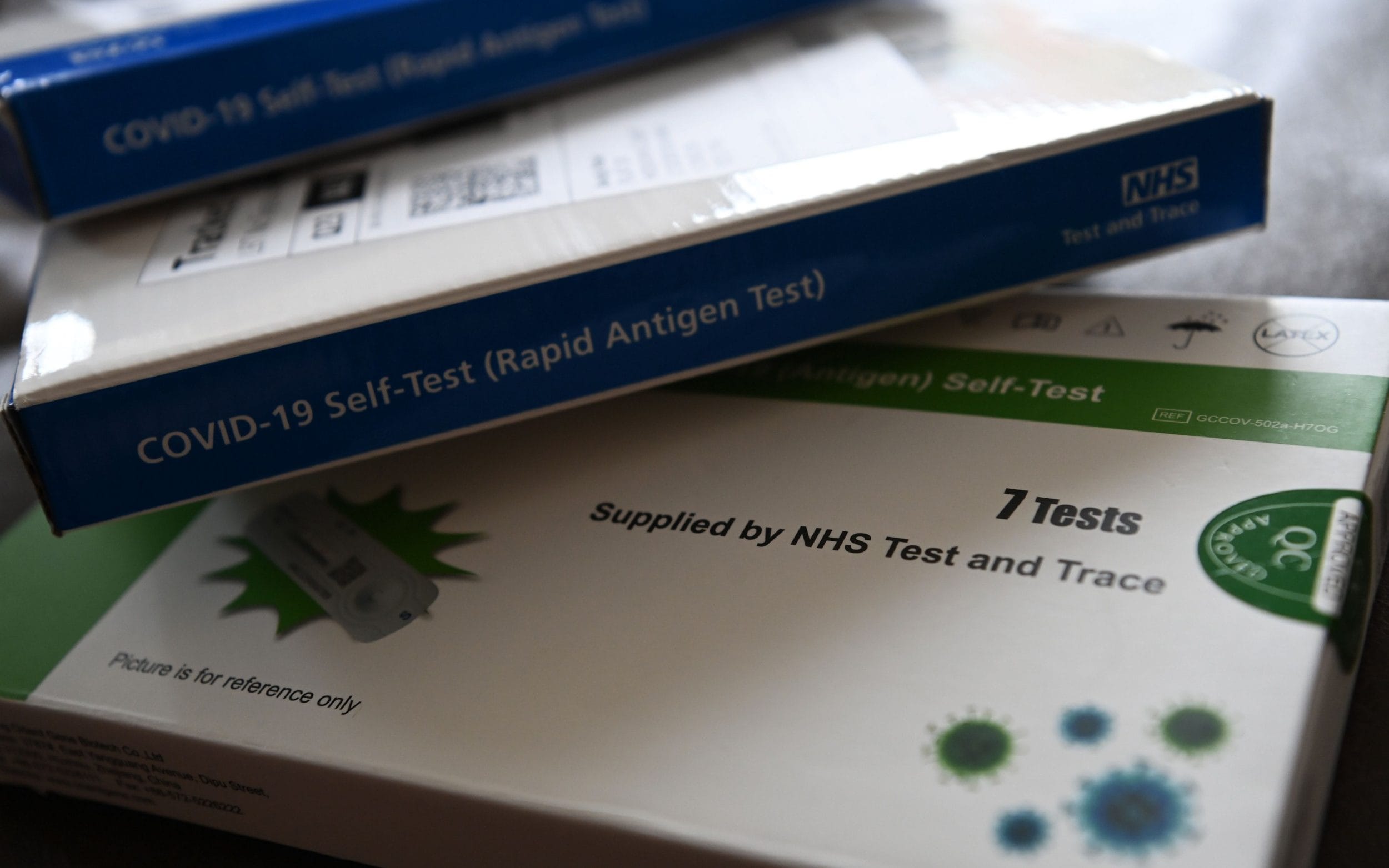 In February, Boris Johnson confirmed that under the Government’s “learning to live with Covid” strategy, free lateral flow and PCR tests would soon come to an end.

Under the current system, lateral flow tests can be ordered online for free or picked up from pharmacies and other community centers by anyone who does not have Covid symptoms, but is worried about spreading the virus.

People who are displaying Covid symptoms can also order a free polymerase chain reaction (PCR) test kit to be sent to their home or book an appointment at a walk-in or drive-through test site.

But the Prime Minister said that these free tests will be scrapped from April 1, with Number 10 instead encouraging personal responsibility.

In his announcement, Mr Johnson said “we don’t need laws to compel people to be considerate of others, we can rely on that sense of responsibility toward one another.”

Sources close to the Telegraph have said that LFTs will remain available and free of charge to some age groups – including over-80s as well as hospital staff and patients.

The plan was initially met with resistance, including from Sir Keir Starmer who said that charging for the tests did not make sense for public health or the economy. He told The Guardian: “I think ending free testing is a mistake.”

When will free Covid tests stop being available?

Mr Johnson confirmed that Britain will soon begin Covid testing “at a much lower level”.

In his announcement, the Prime Minister said that free testing would come to an end as of April 1 – with sources suggesting the phasing out taking place as the weather improves and cases are expected to decline.

See also  The four-hour rule: How much compensation can you get for a flight delay?

Why will free Covid tests be stopped?

Lateral flow tests will end as the Government pursues its “learning to live with Covid” strategy, with Mr Johnson highlighting the cost to the taxpayer of providing free lateral flow and PCR tests.

Asked about the system of free testing and the possibility of losing early warning signals, Mr Johnson said: “I want to make sure that we have capability to spot stuff and to snap back up as fast as we need to.

Countries such as Germany and France have already put an end to universal free testing.

How much will Covid tests cost in the future?

Currently, the Government is yet to set out how much the tests will cost. It is speculated that retailers will have the discretion to charge whatever they want.

In early March 2022, Boots announced that it will charge £2.50 for a single test or £12 for a pack of five. £17 will get you a pack of four tests, with the option to send the results to the UK Health Security Agency (UKHSA).

See also  Elections in France: The French left is at stake in the abyss of irrelevance | International

Prices are not guaranteed and although it is said tests could cost as much as £5, it is likely that retailers will want to remain competitive in their pricing. For example, Superdrug has stated that it will charge £1.99 for one test or £9.79 for a pack of five bought in-store – undercutting its rival by 51p and £2.21 respectively.

Lloyds Pharmacy is selling packs of five Covid tests for £9.49 online and announced plans to sell individual tests for £1.89 – lower than both Boots and Superdrug. Other supermarkets and retailers are yet to announce the price of their testing kits. It is expected that further information surrounding surface costs will nearer to April 1 – when the Government’s free lateral flow tests come to an end.

What has the reaction been in Scotland to the end of free tests?

On March 15, Nicola Sturgeon told MSPs that guidance for people to test twice weekly will end from April 18.

Advice to take a PCR test if you have symptoms, as well as using a lateral flow daily for seven days after a positive test, will also be scrapped at the end of April, Ms Sturgeon said.

The First Minister said that, from May 1, the Scottish Government will move to a more targeted testing system.

The shift, she said, was brought about due to funding constraints caused by the UK Government’s changes to its testing regime.

“Regrettably, our freedom of manoeuvre here is severely limited by the fact that our funding is determined by UK Government decisions taken for England,” she told MSPs.

“However, we have sought as far as we can to reach the right decisions for Scotland. It is important to note that we are aiming for the same long-term position as England on testing. However, we consider that the transition should be longer .”

The First Minister assured MSPs that, for as long as the Scottish Government advised testing, it would be free for those who would need it.

Scottish Tory leader Douglas Ross asked Ms Sturgeon how much she expected free testing to cost, saying the cash could be better spent on easing the treatment backlog in the NHS.

“I’ve got news for Douglas Ross,” the First Minister said. “We’ll have to fund all of our continued testing requirement including the more proportionate, targeted testing system that will be in place for the longer term because the consequentials are not continuing.

“These decisions are driven by the situation that the UK Government arrives at for England.”

The First Minister went on to say the cost would be a “relatively small part” of the overall price.