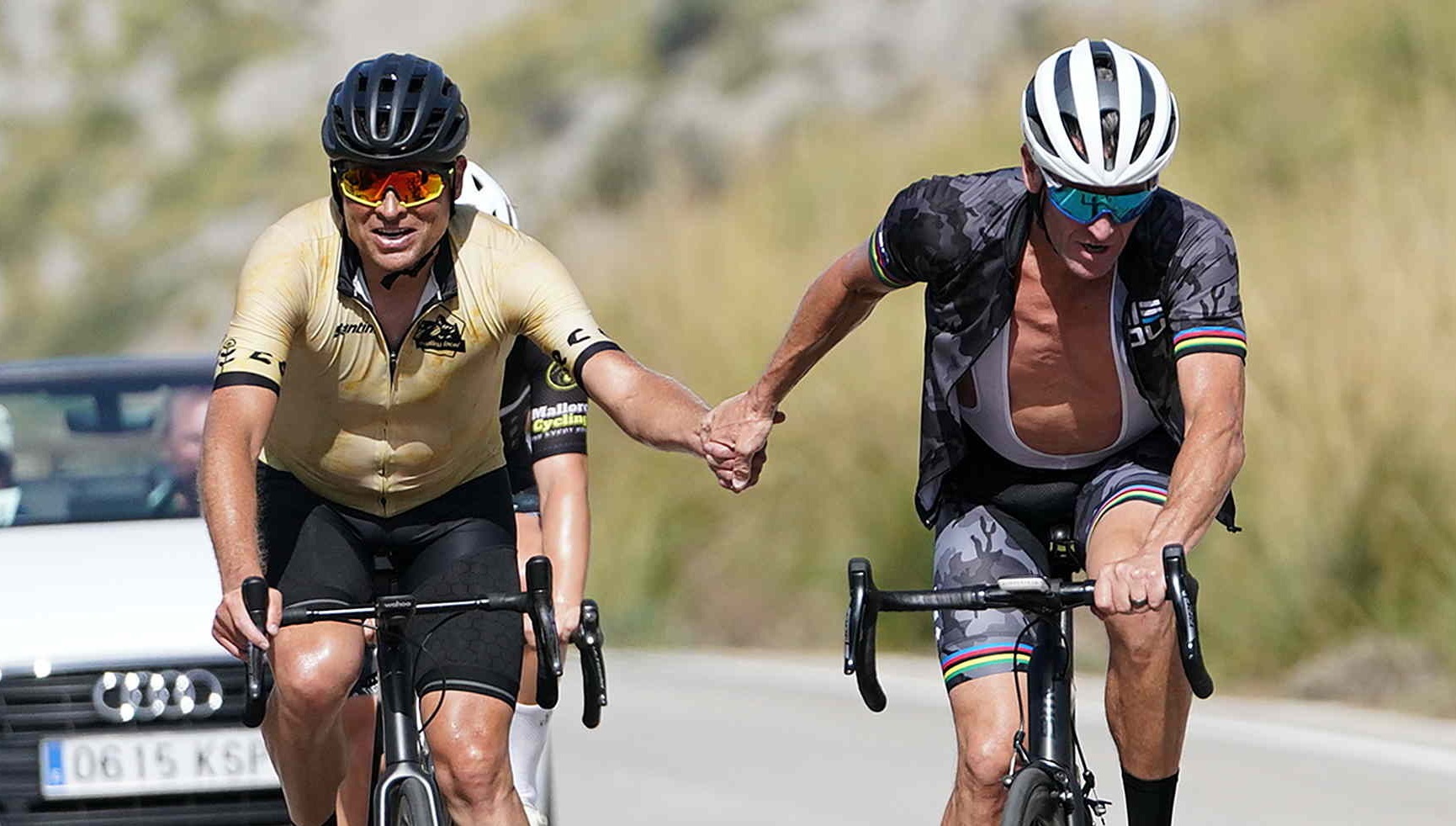 It was only several years after hanging up the bike that Lance Armstrong began talking to Jan Ullrich, the cycling enemy he most feared and killed mentally rather than physically. It reduced him to nothing, a necessary step to defeat him in the Tour. Ullrich was so afraid of him that when Armstrong had a mechanical problem or suffered a fall, he would stop in his attack, wait for him, and then freeze when the ruthless Texan plunged the knife into him with a decisive attack, and another Tour for his Name. After destroying it, years later, he needed to revive it.

There is no better legend than that of two irreconcilable rivals who shake hands and say something like “my life without you would have been meaningless.” That of two heroes from the dark years who mourn each other lamenting how the same society that made them gods condemned them so harshly when their doping cases came to light. Ullrich cries especially, so hard was Lutheran Germany with its mistakes. He could never get over it. Only nine months after his name came out in Operation Puerto, Son of Rudicio, the number one in the lists of Eufemiano Fuentes, Ullrich, with 33 years just turned 33, left cycling. And Ullrich left without saying anything, without blaming anyone, without acknowledging that he had just sinned for doing what everyone was doing.

And so Armstrong’s friends tell how the new relationship between two cycling champions from the past was born, who spent years in the peloton without saying more than good morning, and that only on the days when they crossed eyes. Until October 2021, postponed two years due to the pandemic, Lance Armstrong and George Hincapié could not carry out the week-long excursion through Mallorca by bicycle accompanied by 15 millionaires who in just six hours used up all the places put up for sale to enjoy the privilege of pedaling around the island in the company of perhaps the most famous cyclist in history. Back on the island, Armstrong was in for a surprise. One of the clients of the trip, a Dutch millionaire, called him aside and told him that he had allowed himself to invite three people, three former athletes. One of them was Jan Ullrich.

Ullrich hadn’t been seen by Armstrong in three years. That visit to Germany, days after the police released the German from a previous arrest after he tried to suffocate a woman, had marked him forever. With a trip in which, so American, he convinced Ullrich that his mental ghosts could disappear if he applied the same force, the same will to his treatment, which wasted his cycling years to lose the weight accumulated in winter in the spring, to ascend Arcalís seated and powerful, faster than agile supercharged climbers like Pantani or Virenque, Armstrong managed to re-edit dependency links. Ullrich recovered from the crisis of a psychotic break triggered by excessive alcohol, drugs and violence in a Swiss detoxification clinic and the rest of his days he would live kissing the ground where the American walked.

Armstrong returned to Colorado in shock, his people say. Determined to always be informed about the vicissitudes of the German, practically every month he called one of the few people who put up with Ullrich, a friend from his youth from Merdingen, the southern German city where Ullrich lived with Sara, his second woman, who raises the alarm when necessary.

But Armstrong was not alarmed, on the contrary, they say, when he met Ullrich again last fall. She saw him so healthy, so strong, so well shaped, that she even envied him. And, contrary to common sense, he considered it cured, the smiling and joking German gave him such a good impression, a boy again, especially when he and Hincapié stung each other on their bike rides, attacked the group, and saw surprised how Ullrich himself came out on his wheel, endured them and then left them nailed.

That happened just two months before Armstrong received an alarmed call from Merdingen’s friend. Jan, he told her, had gone alone to Cuba. He had organized a trip to the Caribbean island days before with his new girlfriend, a young Cuban woman he had met in Mallorca, but just before flying, the couple had argued. The bride stayed in Germany. Ullrich flew. “But there it got very bad, very bad”, alerted the friend to Armstrong, “in a few days he has spoiled the work of several years. He wanted to stay in Cuba, disappear from the world, from sight, but I convinced him to go home, it was Christmas, to come back ”. He got on the plane back but was out of control. He organized such a scandal on the flight that he was forced to get off on a stopover in Cancun. They kicked him and he just lay there. Two or three days on the streets in a bad way.

The friend continues to tell Armstrong, who has had a ball in his stomach, that he had just been called from a hospital in Cancun. They didn’t know how, but there was Jan Ullrich. “Something has to be done,” he demanded of the American, “you have to take him to Switzerland, you have to re-admit him to the detoxification clinic, this looks very bad. And we also need your insurance to take care of the expenses ”.

Shocked, Lance Armstrong flies from Colorado to Texas and from there to Cancun. He goes through various clinics until he finds the place where Ullrich is interned. It reaches his bed. He finds himself before a body that he barely recognizes, before an empty, alien, absent gaze that does not even recognize him. They have sedated him, haloperidol, the doctors explain. “He was super aggressive when he entered. We couldn’t do otherwise. It is not so much a substance abuse problem as a psychotic break. “

The next day, Armstrong returned. Ullrich, calmer now, recognized him. “We are going to return you to Europe, to Switzerland, to the clinic that has already cured you, Jan,” said the Texan. And although Ullrich insisted that he did not want to return, that he wanted to disappear from the world, Armstrong convinced him. He also convinced the insurance company to pay him for a medicalized plane, and within two days he was back.

Longtime friends, people who know him forever, think that Ullrich has no salvation. Armstrong, who needs you more than anyone, continues to believe.