Skip to content
Home News What would happen if the gold was stolen from the Bank of Spain? | Markets 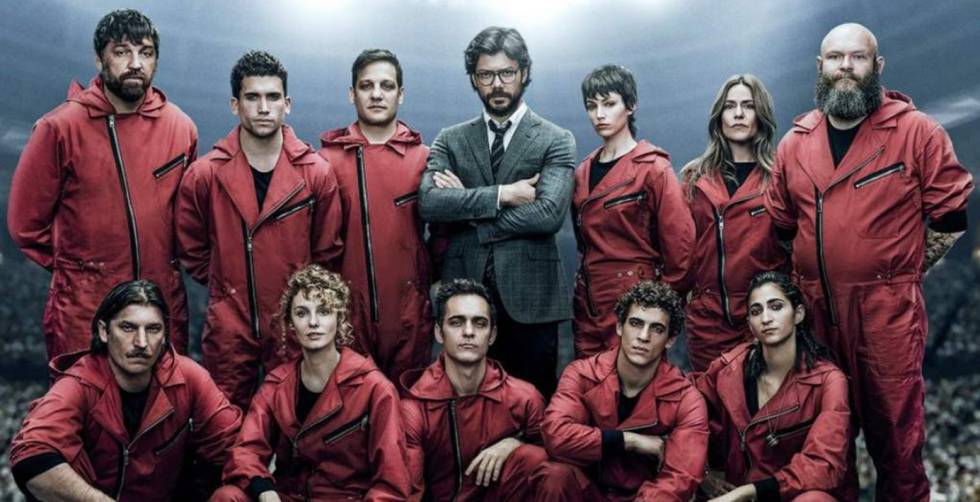 The Plaza de Cibeles is not only a postcard of Madrid. Nor is it just the point at which Real Madrid fans celebrate their team’s titles, nor is it a crowded place with tourists, nor is it even the departure stop of all the night buses in the city. Under the asphalt, in reality, the greatest treasure of Spain is hidden.

The headquarters of the Bank of Spain, located in this central Madrid enclave, houses in its basement the vault that keeps Spain’s gold reserves. It is a 2,500 square meter room, 35 meters deep, and protected by exceptional security measures. It was built shortly before the Civil War – when, according to legend, the Government of the Republic brought part of the gold reserves to Moscow so that they would not fall into the hands of the national side – and since then this large safe has been an inspiration for books and movies. The last and perhaps the most successful has been the Spanish series The Money Heist, whose final chapters Netflix has recently released. Find out if the gang of robbers featured in the fiction is capable of outsmarting the police to steal the gold from the Bank of Spain and escape alive.

In the event that fiction becomes reality, the first thing thieves must know is that it will not be as easy as the series tells. It would have to dock many different locations at the same time. The Bank of Spain confirms that not all gold reserves are located in that vault, but that they are distributed in different points. An enclave chosen by many central banks, such as the US Federal Reserve, is the Fort Knox military base, located in the State of Kentucky.

The question is that if a band of robbers were able to extract each and every one of the ounces of gold that Spain preserves both in the security chamber of the Bank of Spain and in different locations, how would it affect the economic situation of the country, the markets and the credibility of Spain?

A metal not so precious anymore

“The truth is that with the current economic system, gold reserves have become mostly symbolic, they do not have a direct utility in the daily operation of the economy. This is a big difference from when the prevailing system was that of the gold standard, in which the currency of a country was backed by these gold reserves, so if these were stolen the currency would collapse instantly.“, explains Ángel Talavera, an economist at Oxford Economics.

The loot of the Bank of Spain is very high for the current account of any citizen, but not so high for the accounts of a country. According to its 2020 accounts, this institution has 9.054 million troy ounces of fine gold, which are valued at 13.977 million euros. This is approximately 1.55% of the 989,554 million euros that the Bank of Spain has in total assets. And just over 1% of the country’s GDP.

“The importance of gold reserves for central banks has been declining since the end of the gold standard. Now central bank balance sheets are made up of credits, bonds or debt,” says economist Jose Carlos Díez. “Nowadays the big robberies are not from vaults, but are carried out through the Internet, with techniques such as phishing“, apostille.

However, the government that had to face a possible theft should look for alternatives to avoid the bankruptcy of the central bank. It would be forced to make a millionaire provision against the income statement and the Bank of Spain would record multimillion-dollar and historic losses, which would squander the 1,878 million of capital that the Bank of Spain has. A plausible alternative would be a public bailout, such as the one carried out on banks during the previous crisis, with funds from the General State Budgets or, eventually, from European mechanisms. Those almost 14,000 million to which Spanish gold is valued are nothing compared to the 64,000 million that Spain and Europe injected into the financial sector.

“The wealth of a country is not based so much on its gold, but on the ability of the State to collect taxes. In fact, Spain is one of the countries with the least gold in the Eurozone, mainly due to the gold that was lost during the Civil War and the subsequent sales, the last one in 2007, “says Eduardo Areilza, senior director of Alvarez & Marsal.

The role of Europe and the effect on markets

Europe would, in fact, be a guarantor for the stability of the Spanish economy in a storm of this magnitude. Since the adoption of the euro, Spanish gold is not strictly owned by the Spanish, but by all Europeans. The Bank of Spain is integrated into the Eurosystem, the monetary authority of the Euro Zone, which comprises the European Central Bank and all the national central banks of the Euro Zone. The Eurosystem has on its balance sheet 517,932 million in gold, as of December 3, 6% of the balance.

“A central bank cannot fail. Probably everything would lead to a dispute with Frankfurt. The Bank of Spain has certain functions, but it is not independent. The ECB has the button to create the money and have a few more millions appear on the balance sheet to compensate that loss of gold. The one most interested in solving the problem would be the ECB, “says economist Daniel Fuentes. And this is exemplified by the provision made annually for the deterioration of coins and bills. There is also the possibility of increasing the cash in circulation to compensate for the losses derived from the volatilization of the gold.

“The weight of Spanish gold in the Eurosystem balance sheet is small. A theft would be a small problem in Spain, but minimal for the Eurosystem”, argues Areilza. Another thing would be the point at which the credibility of Spain remains for its European partners, the demands that they would ask to get Spain out of the quagmire and how the financial markets would take all this.

“The media impact would be of such caliber that perhaps we could see some turbulence in the markets, not so much because of a direct economic impact, but more because of the blow it would entail to the country’s reputation, “predicts Talavera. Fuentes also sees that this aspect would damage the economy. mark of the country, it would put its security, its financing capacity and foreign investment in question. “A theft of gold reserves requires such infrastructure that it would only be possible in the face of a war or an invasion of the country. In my opinion, the context in which this robbery would take place would be more serious than the robbery itself, “he says.

See also  Mum-of-two, 37, 'goes blind' every time she has a hot shower - and it was first sign of disease

“This would foreseeably cause a rise in the risk premium, given that the country would not have reserves to support any default. It would also damage the euro in the short term by undermining the image of one of the main economies in the euro zone and, On the stock market, it would cause falls in banks and security companies, “says Araceli de Frutos, the managing partner of EAF 107 and the Alhaja Inversiones fund.

This scenario would be quite similar to the 2010 debt crisis that affected southern European countries such as Greece, Portugal, Italy or Spain. At that point, investors began to glimpse a possible bankruptcy of these countries in case they did not get the backing of the EU. As then, a theft of Spanish gold would encourage speculative investors to bet against Spain, would skyrocket the cost of bankruptcy insurance (CDS) and would raise the price that international investors demand from Spain to finance themselves. With a debt that currently exceeds 100% of GDP, the country would be in an extremely delicate position not only to avoid the bankruptcy of the Bank of Spain, but also to cover current expenses, such as the payment of pensions or the salaries of the functionaries.