Skip to content
Home News What were Prince Andrew’s ties to Ghislaine Maxwell and Jeffrey Epstein? 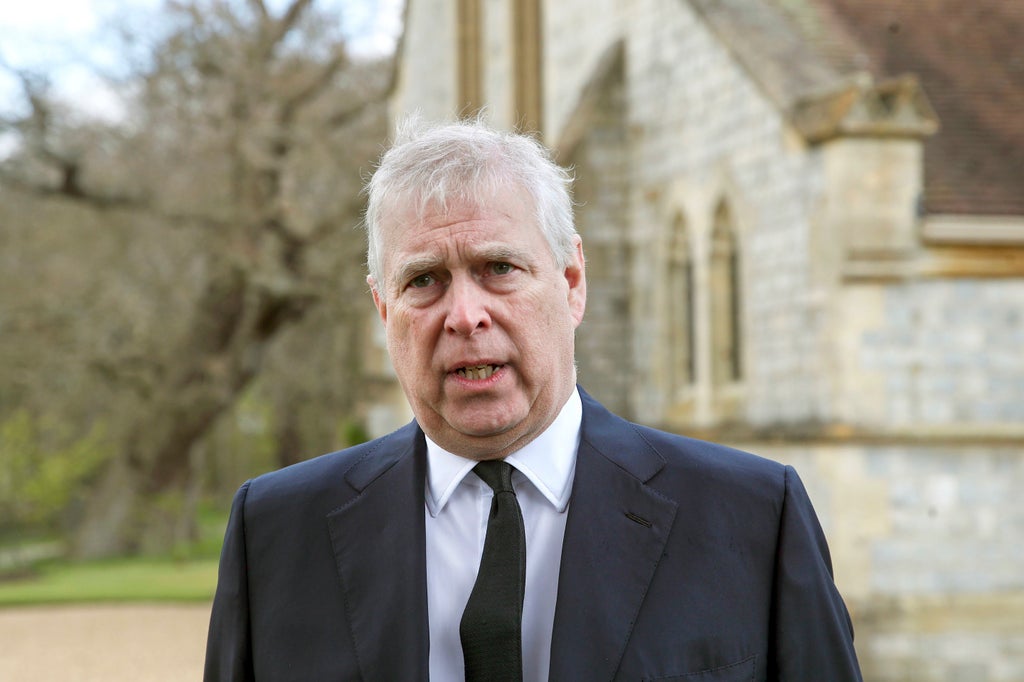 Prince Andrew’s presence in the Ghislaine Maxwell trial was most keenly felt in a photograph he didn’t appear in.

US government exhibit GX-347 showed a picture of Maxwell and Jeffrey Epstein on a porch bench in the grounds of the Queen’s Balmoral estate in the Scottish Highlands.

The photo was taken on a trip the pair took to the royal manor in 1999 as the guest of the Duke of York.

It was among 19 images released to the jury of Epstein and Maxwell in exotic locations appearing to be very much in love that were found on CDs taken from a 2019 FBI raid on Epstein’s Manhattan townhouse.

On the 1999 trip to Balmoral, Prince Andrew, Epstein and Maxwell were joined by an entourage that included young women.

One of the group told TheDailyMail they had stayed in the 52-room castle before being entertained on the grounds of the 50,000-acre estate.

As prosecutors kept their focus firmly on Maxwell’s relationship with Epstein during the trial, Prince Andrew remained a peripheral figure.

Expectations that Maxwell’s trial could unearth new information about her famous connections were dampened when Judge Alison Nathan warned against any “needless” namedropping.

Mr Visoski said he flew Epstein on average every four days between his properties in New York, Florida, New Mexico, the US Virgin Islands and Paris.

Prince Andrew would have appeared in Maxwell’s “little black book” of nearly 2,000 famous contacts and on flight logs from trips made by Epstein’s private jets.

But the infamous directory was not released to the jury after an agreement was reached between the two sets of attorneys and only a small section of flight logs were shown with passenger names redacted.

Prince Andrew was introduced to Epstein by Maxwell in the early 1990s and the trio enjoyed a close and mutually beneficial friendship, even after Epstein was convicted of procuring a child for prostitution and of soliciting a prostitute in 2008.

He was pictured opening the door of Epstein’s palatial Upper East Side townhouse in December 2010 and strolling through Central Park.

The royal has said he made the trip to break ties with Epstein. But his association of him with the late paedophile has continued to haunt him.

Epstein died by suicide in prison in 2019 aged 66 while awaiting his own sex trafficking trial.

In 2019, Epstein accuser Virginia Roberts Giuffre filed a lawsuit in Manhattan alleging she had sex with the royal on three occasions when she was 17.

Prince Andrew strongly denies the allegations. But after a disastrous BBC Newsnight interview in 2019, in which he failed to express remorse for his friendship with Epstein and expressed little empathy for his alleged victims, he was stripped of his official duties by the Queen – and has subsequently lost his military titles.

The royal’s lawyers say a secret settlement deal signed between Epstein and Ms Roberts Giuffre in 2009 shields him from “any and all liability”.

That settlement was made public on 3 January, revealing Ms Giuffre was paid $500,000 (£370,000) to settle all claims against Epstein and his associates.

The settlement provided a release for “any other person or entity who could have been included as a potential defendant” against Ms Giuffre’s claims.

The duke’s lawyers argued that he was included as a “potential defendant” in their bid to have the suit thrown out.

US district judge Lewis Kaplan, however, disagreed and ruled that the case can move forward on 12 January. However, on 15 February Ms Giuffre and Andrew announced an out-of-court settlement in the case.

“Prince Andrew intends to make a substantial donation to Ms Giuffre’s charity in support of victims’ rights,” their statement said.