Skip to content
Home News What was life like before the internet? The catalog of the 100 things we have lost | Digital Transformation | Technology 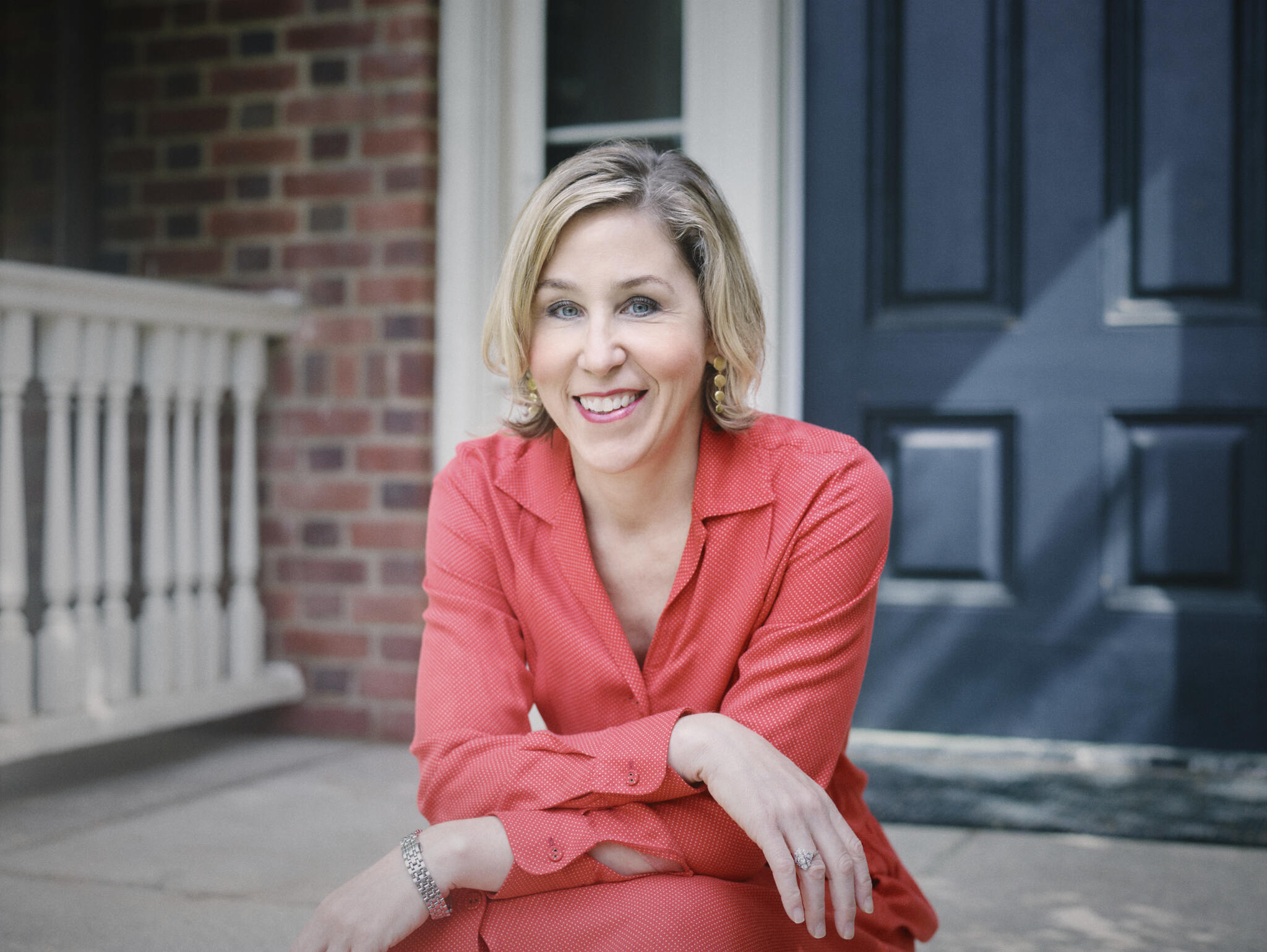 “I was on a boat on Catalina Island, in California, with my children,” explains journalist Pamela Paul. “Then I looked at the phone and Notre Dame Cathedral was on fire. I wrote to my friends who live in Paris: OMG it’s horrible. ‘ Then I got an email from a Hollywood producer who was mad at me. And I thought: but if I’m on a boat, why am I aware of the producer and the fire?

Paul, a 50-year-old American and editor-in-chief of the books section of the New York Times, he has just published an essay to try to understand why he was not “living in the moment” and 99 other things that we have lost with the internet, currently only available in English. The book talks about lost sensations such as “being attentive” to things, feelings such as “boredom” or even virtues such as “patience”, but there are also many objects such as the “encyclopedia”, the “telephone in the kitchen”, the “Notebook with business cards” or “birthday cards”.

The book is not written to mourn a world that has disappeared. “I am nostalgic, sentimental and pessimistic, but I am also aware that some of these news are good,” he explains. “What would we have done during confinement without the internet? He saved our lives, ”says Paul by videoconference to EL PAÍS.

Paul aspires to force us to pause so that we wonder how we got here. “Sometimes I hate my dependence on technology and other times I don’t bother to question it because it gives me something I need,” he says. But then the doubts come: “Then I post a photo on Instagram and a lot of people like it and I feel very good. But I stop for a minute and think: isn’t it sad too? What made me feel good like that before? That is information: where did I get it from before, did I live without it, did I come from another place, how have I changed to receive this type of information, do I need it now? “We have not stopped to say, wait, how we got here. What did we used to do before all this? We have forgotten it ”.

Paul does not have an internet television platform, but a service called dvd.com. The service allows her to always have 4 DVDs at home: when she returns one they send her another from a list of movies that she has been preparing. So it is always something you want to see, but you never have more than four options. “I prefer to narrow the selection and not spend all that time doing scroll. When I go to a hotel or at my in-laws’ house, I don’t want to see anything. Everything has the same value, ”he says. It’s those kinds of conscious decisions that you ask your readers to value.

It also wants us to understand that technology is not natural or inevitable. And that may have taken away or limited things that were good. “We have internalized the message of the industry, that if we do not adopt or use that technology the problem is you, not the product. And that you are a Luddite and that you deny progress “, says Paul, who insists that big technology is first a business:” Maybe it is something that was created to make a better world? No. We have this naivety that technology is there to serve us. Absolutely not. He is here to sell us things ”.

Her daughter has just gone to college and her husband has decided to send her letters by hand. The young woman is angry because she forces him to go to the post office. But in the family they do not want to lose that ability. One of the 100 chapters of the book is precisely “letters by hand”. When working with books, Paul remembers that by not writing letters we not only lose the bundles that we keep in shoeboxes from when we wrote years ago, but also the epistolary books and the archives of writers or researchers: “In the Times we review at least ten letter books a year. You get to see a different image of someone through their letters and that is all lost. How will the future be? Will they give the password for your Gmail account? “

Paul trusts that those under 30 are more “skeptical about their future use” and “say they don’t need something or that it is not worth it at that cost.”

One of the chapters is entitled “disinhibition” and Paul fears its disappearance among the young: “I have a lot of compassion for this generation for many reasons,” he says. He reflects on how his adolescence would have been if he had had the constant fear that any mistake, slip, indiscretion would have been remembered by the internet forever. “When I was a teenager I was very insecure, if I had done something incredibly stupid and became a meme it would have been scary,” he says. “Living with the knowledge that everything you can do, silly, embarrassing, stupid, risky, dangerous to your reputation can be 100 times greater than you ever imagined and perpetuating itself is appalling,” he adds. This fear can change their daily behavior: “People say they are less risky, safer, because of course they are, imagine the threat of something like this happening.”

Perhaps because of that fear, Paul sees some “evidence” that many people want something different: “A longing or desire for a simpler life, pre-internet, even among teenagers. Because it is exhausting ”.

There are more or less predictable chapters in the book, but seeing all 100 together with explanations that range from one to three pages is shocking. “Holidays”, for example, Paul says: “When you went on vacation 20 years ago, when you came back you had some letters in the mailbox, some messages on the answering machine, at work there was something on the table, and that was it. Now it’s like having hordes waiting at the door, you have seen that message, what reaction do you have to that photo, you have 36 notifications, lots of people who want to connect with you on LinkedIn, Snapchat, Instagram. He is tireless, ”he explains.

Instead of reading the newspaper on Saturday morning, now we start to consult a social network where thousands of strangers or half acquaintances shout their thoughts at you. Paul believes that our bodies have not adapted to the reactions that the world asks of us today: “There is a kind of lag, our bodies and minds have not caught this new metabolism,” he says.

For example, when you find out that someone not very close has passed away. But then you forget: “Many times I realize that I completely forgot that such person’s uncle had died because it happened 6 hours ago and in the meantime 30 other things have happened. It is a constant lash of emotional attention. It is exhausting. We have so many emotional reactions because there is so much to react to that it is difficult to recover at the end of the day, ”he says.

But what was it like before? It was clear that it was quieter, but better? Who remembers the feeling of not carrying a mobile in your pocket?

Today, for example, it is very difficult to “get lost”, which is one of the chapters of the book. But it is better never to get lost, logic seems to say. And is there still someone who can defend some magnificent memory for being lost in another city? We no longer listen, says Paul, directions from someone who knows how to get to a place or from people who know a city. “Do you remember that feeling of getting together with friends and someone saying ‘no Sarah and Jeremy are out’? They were out of the plans, you should not worry about them, they were out. Now nobody is out. You keep hearing everything about Sarah and Jeremy. There will be notifications, they will write to us, nobody is ever ‘out’ ”.

Now, says Paul, “being late is fine.” It is no longer impolite because it gives you a little more time to be alone with your mobile. New things intersect and it is difficult to assess the loss. From waiting for a new album or movie to come out or for the time of the series or the news (patience!), To eye contact, to being late on the phone and not knowing who it was or to passing notes on paper at school .

The book is an avalanche of reflective nostalgia with the intention of cataloging an everyday world that no longer exists and that will not return. Paul’s hope is that we are aware and recover little bits that contributed something. It is not easy: anyone who wants to travel without a mobile must almost give up taking photos, carrying a map, urgent messages (who knows numbers by heart?) Or digital plane tickets.

But in reality, is it really possible to leave the mobile without disconnecting? “Even when you turn off your mobile, you know that things are coming and you know that you will have to face them when you reconnect. You are never completely free of that idea to be able to say that you are out there alone in the world, ”says Paul.

And, to conclude, another reflection: “On the internet nothing is ever completely closed.” Like the “ex” who previously disappeared from our lives and are now still present because of social networks. The last chapter of the book speaks precisely of the “closure” or “conclusion”, which with the internet is never final. The past always accompanies.