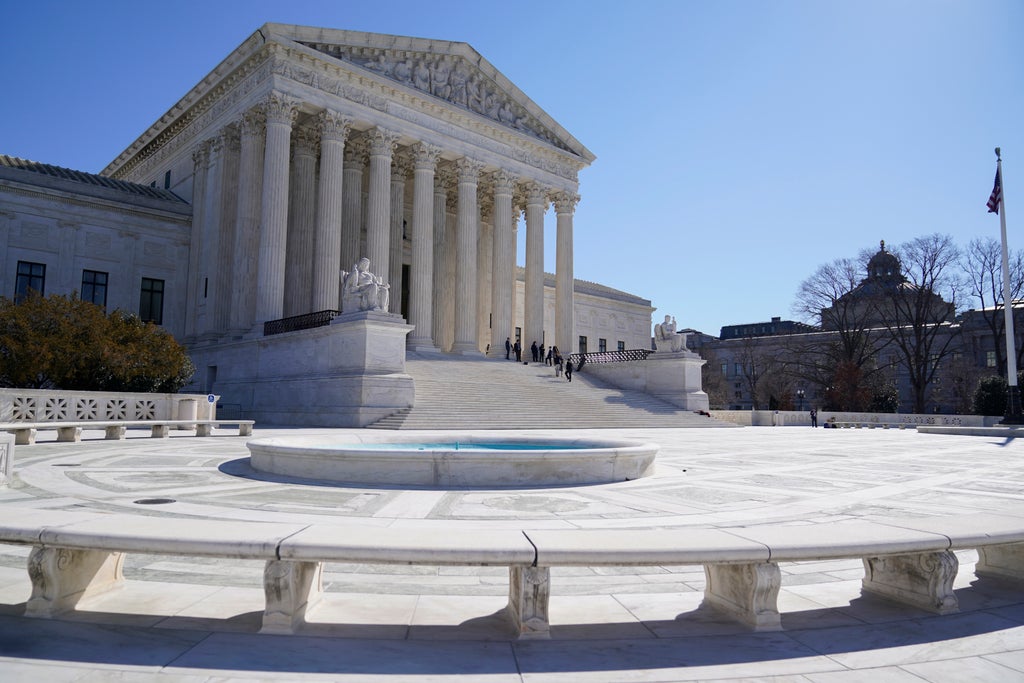 President Joe Biden’s ambitious plan to tackle the climate crisis is already on the ropes after his Build Back Better legislation stalled in Congress.

On Monday, the Supreme Court is hearing a case that could have lasting impacts on the federal government’s ability to cut planet-heating greenhouse gas (GHG) emissions. President Biden has pledged to decarbonise the US electric grid by 2035 as part of his plans to slash domestic emissions.

On the same day that the UN Intergovernmental Panel on Climate Change (IPCC) releases the second chapter of its consequential report on the climate crisis, the top court is hearing oral arguments inWest Virginia v Environmental Protection Agency (EPA).

The issue at hand is whether EPA has the power to regulate GHG emissions from existing coal-fired power plants under the 50-year-old Clean Air Act.

Signed in 1970 by Republican president Richard Nixon, the landmark law prevented more than 200,000 premature deaths linked to air pollution in its first 20 years. “From 1990 to 2010, total emissions of the six main air pollutants decreased by more than 41 per cent,” the EPA reported.

Should the Supreme Court rule that EPA does not have broad authority to regulate emissions – and issue an expansive ruling in favor of West Virginia – it would “deal an enormous blow to the US’s near- and longer-term emissions reduction goals and, by extension , our planet’s climate,” Dr Kristina Dahl, a senior climate scientist with the non-profit Union of Concerned Scientists, told The Independent in a statement.

“That would be disastrous,” she wrote. “But such a ruling could also set a dangerous precedent that hampers the authority of federal agencies to responsively develop and modify regulations based on evolving science.

“Taking away federal agencies’ authority would put the health and safety of our air, our water, our food, our bodies, the ecosystems around us, and much more under threat.”

Coal is the dirtiest, most carbon-intensive of fossil fuels. While it generated only 24 per cent of US electricity in 2019, the fossil fuel accounted for about 61 per cent of CO2 emissions in the sector.

West Virginia, whose centrist Democratic Senator Joe Manchin has declared the Build Back Better Act is “dead”, remains deeply intertwined with the declining coal industry. The state is leading a group of 19 red states and fossil fuel companies in the case.

“How we respond to climate change is a pressing issue for our nation, yet some of the paths forward carry serious and disproportionate costs for States and countless other affected parties,” the states wrote in October in urging Supreme Court justices to take on the case .

“Continued uncertainty over the scope of EPA’s authority will impose costs we can never recover.”

The Supreme Court’s 6-3 conservative majority has already shifted to the right on issues, and is favoring less government oversight. Last month justices voted 6-3 to toss out Mr Biden’s mandate for businesses with more than 100 employees to institute vaccine or regular testing policies.

See also  Classical music: Should we judge musicians who don't speak out against Putin?

Monday’s hearing will see the Supreme Court justices examine a ruling last year from the US Court of Appeals for the DC Circuit.

The lower court had struck down former president Donald Trump’s Affordable Clean Energy rule – which aimed to limit a part of the Clean Air Act which gave the EPA power to regulate existing power plant emissions.

Over his four years in the White House, Mr Trump decimated climate and environmental protections and denied that climate change was real.

The pro-coal plaintiffs want the Biden administration blocked from making industry-wide cuts to emissions using the Clean Air Act. They argue that US Congress did not explicitly empower the EPA to issue sweeping regulations under the legislation.

If the Biden administration loses the case, new legislation would be needed to implement major emission-reduction strategies which appears to be a very slim possibility in a bitterly-divided Congress.