Skip to content
Home News What time is the race, what TV channel is it on and what are the latest odds? 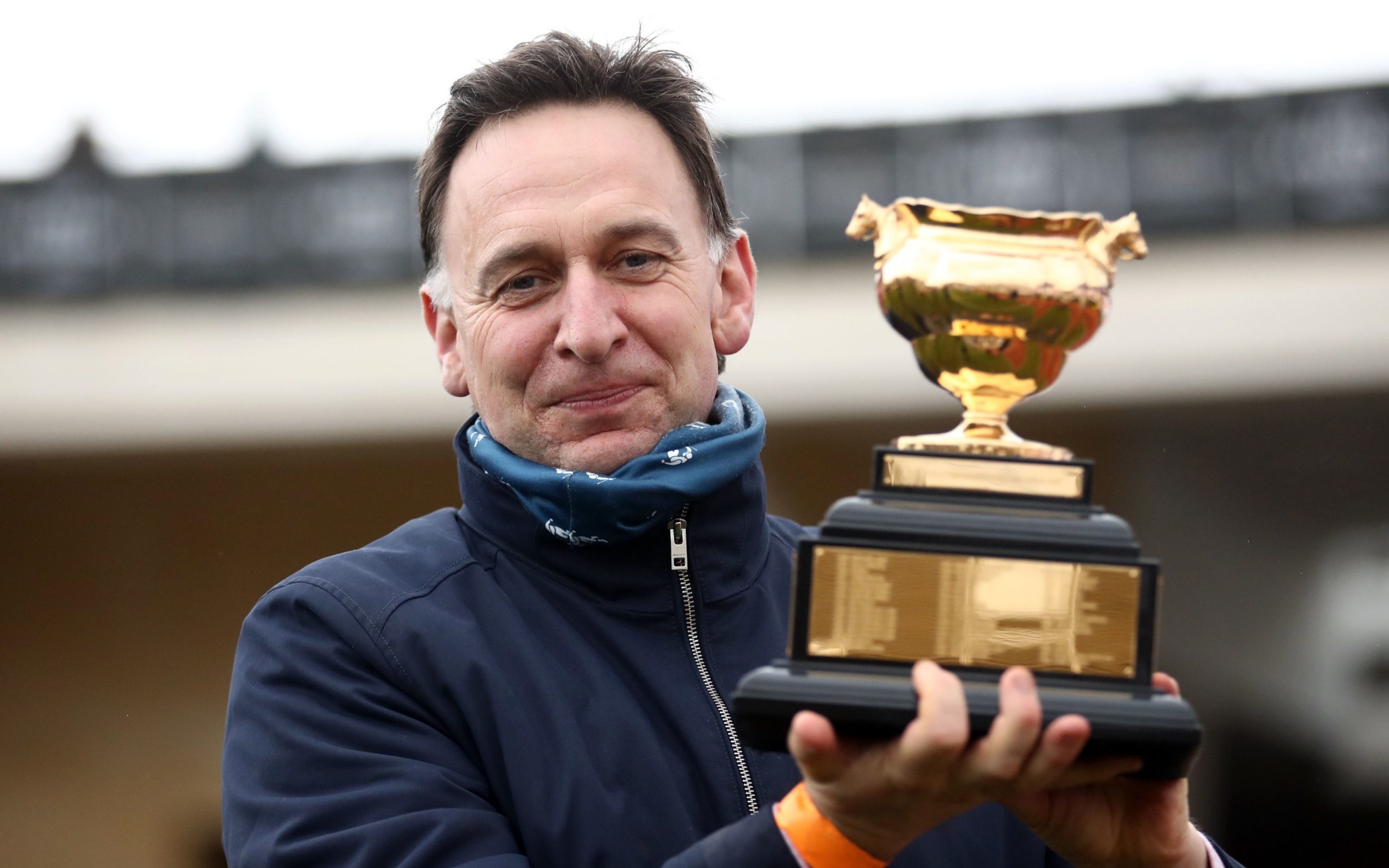 The Gold Cup is the event the Cheltenham Festival builds up every year. The race over three miles two-and-a-half furlongs is the ultimate test of the best steeplechasers in training – requiring more speed than the Grand National plus the stamina to make it up Cheltenham’s notoriously draining hill, as well as jumping 22 fences.

When is the Cheltenham Gold Cup 2022?

What TV channel are the races on?

ITV will have live coverage fronted by Ed Chamberlin. Alternatively, you can bookmark this page and return on the day to follow the race on our dedicated live blog.

What happened at Cheltenham last year?

Henry De Bromhead’s Minella Indo galloped up the hill to repel stablemate A Plus Tard and make history for his Irish trainer – De Bromhead becoming the first trainer to win the Champion Hurdle, Champion Chase and Gold Cup at the same Cheltenham Festival.

Not only one of the great Gold Cups but one of the great races of all time as ‘Dessie,’ the most popular chaser since Arkle, on a course he did not really like in ground so wet they had used helicopters to try and dry it , fought back up the straight to beat Yahoo. He was given a superb ride by Simon Sherwood who, at that stage, was nine wins from nine rides on him.

Still the only horse to have ever won the Champion Hurdle and Gold Cup although that, to be fair, looked unlikely when she drpped back to third between the last two fences but Jonjo O’Neill galvanized her from the last to get up in the closing stages to beat Wayward Lad and Forgive N Forget.

As a jockey I rode Master Oats to win his first chase, the Plow Maiden Chase at Southwell at Easter in 1992. He only won because two horses fell in front of me at the third last and I said to Kim Bailey afterwards that winning that race with that horse would be the height of his achievements as a trainer! Not my finest tip. Within three years he had won a Welsh National and Gold Cup.

The first novice chaser to win since Captain Christy in 1975. Trained locally to my home, he always looked like his legs were a bit too long for his body and while they were what propelled him to Gold Cup success, they were also his Achilles heel . He was incredibly hard to keep sound but Mark and Sara Bradstock were rewarded for all their hard work and care to land jump racing’s blue riband. A great story on many levels. It is only six years ago but hardly seems conceivable now that a yard with just 10 horses could win such a prize.

The Kauto Star, the previous year’s winner, versus Denman, the star novice from 2007, in the next door stable. It was virtually the only talking point before that year’s Gold Cup and, like Brexit, everyone had a view. This time the ‘Tank’ prevailed but Kauto Star won it back a year later.