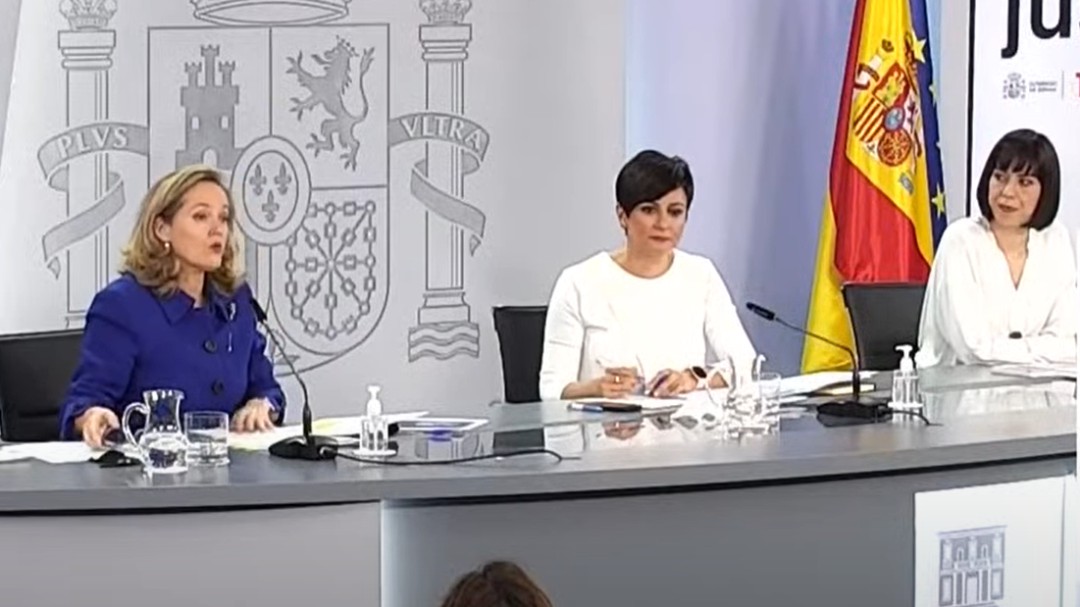 Isabel Rodríguez, minister spokesperson for the Government, assured in the press conference after the Council of Ministers that Spain is a leader in solidarity vaccination against COVID and, as Carolina Darias pointed out in Day by day, has reiterated the need to continue addressing the omicron variant of the coronavirus with prevention measures and booster doses, especially in the face of December holidays and Christmas celebrations: “We are not considering other scenarios other than reinforcing vaccination and culture of care “.

The minister spokesperson has defended that the Government has always acted with the greatest speed and in coordination with the European authorities, but when asked if new measures are discarded, she has advocated prudence. “What this government wants is to stop the virus without stopping the economy,” he said.

Asked about the decision of the group of ETA prisoners to publicly acknowledge that the greetings that are made to ETA members when they leave prison, known as welcome, cause pain to the victims of terrorism, Rodríguez has assured that “the Government is always at the side of the victims” and therefore rejects “this type of tribute.”

But what has focused the press conference on Tuesday have been the issues related to the economic reactivation and scientific research. The President of the Government, Pedro Sánchez, in fact, has decided to hold two meetings of the Council of Ministers every week until the end of the year to accelerate the economic activity of the Executive and consolidate the economic recovery.

The First Vice President and Minister of Economic Affairs and Digital Transformation, Nadia Calvin, has detailed the approval of the Pdraft law Crea y Crece, aimed at improving business growth and the business climate, and facilitating business creation. “You can create a company from 1 euro, eliminating the legal minimum of 3,000 euros and reducing the notarial and registry procedures,” he assured. “Improvements are also included in the regulatory framework to operate throughout the national territory.”

Calviño has also explained that the Council of Ministers has sent to Congress an audiovisual bill with which he hopes to reinforce the role of Spain as hub audiovisual, unifying regulation. The Minister of Economy has detailed that the text also provides measures to guarantee the dignity of women, the rights of people with disabilities or the multilingualism of the State, and that the financing of independent film production is increased.

The Government has also reiterated its commitment to the price of electricity: “It is not that it is going to be fulfilled but that it is already being fulfilled,” Rodríguez assured, referring to the announcement by Pedro Sánchez, who in September promised that electricity it would cost the same as in 2018.

Calviño, for his part, explained that the increase in prices, according to the reference organizations, is a phenomenon that will disappear from the spring of 2022. Asked about the labor reform, the Minister of Economy has revealed that they have intensified the social dialogue talks and that he hopes that an agreement will soon be reached with unions and employers.

Bet on the precision medicine

The Minister of Science and Innovation, Diana Morant, for her part, has detailed the approval of PERTE on cutting-edge health, which provides for “personalized prevention and treatment” actions, as well as digital solutions that integrate the genomic data of each person with those of environmental exposure, life habits or socioeconomic determinants, among others.

Morant has ensured that Avant-garde health is a “strategic bet” of Spain, which includes support for the precision medicine and advanced therapy drugs “so that no one has to cross the ocean and spend thousands of euros.” According to the minister, Spain wants to position itself as a leader.

The program budget amounts to 1,469 million euros, of which 982. will come from the public sector.