Skip to content
Home News What sanctions could Russia face if it invades Ukraine? 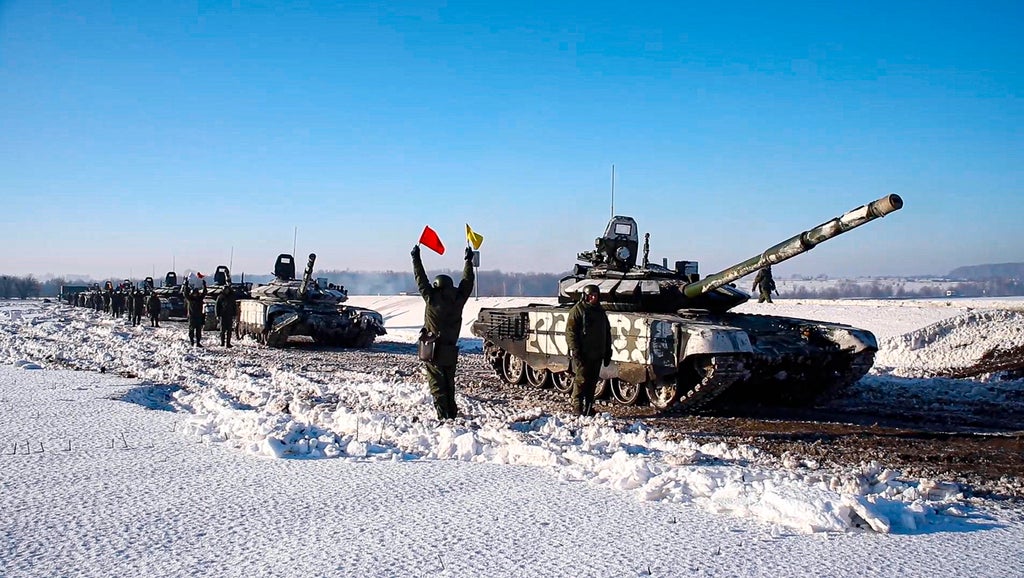 Western countries have threatened a range of economic and financial sanctions on Russia if Vladimir Putin gives the go ahead to invade Ukraine.

About 130,000 Russian troops are gathered on the Ukrainian border as diplomatic efforts ramped up on Tuesday in an effort to prevent a war.

US President Joe Biden and British PM Boris Johnson on Monday warned of a “significant package” of sanctions should Russia invade Ukraine, while German Chancellor Olaf Scholz made a similar warning ahead of a meeting with Mr Putin on Tuesday.

It’s unlikely the US and its allies would agree to something as sweeping as a complete ban on trade with Russia or however, and individuals and industries are more likely to be affected.

The country faced limits on trade and targeted sanctions on individuals after annexing Crimea in 2014.

Below are some of the possible sanctions that could hit Russia if they decide to invade Ukraine:

One approach that could be considered by Western allies would be to exclude Russia from the Swift global payments system.

Swift moves money from bank to bank around the globe and would be one of the toughest financial steps they could take, damaging Russia’s economy immediately and in the long term.

The move could cut Russia off from most international financial transactions, including international profits from oil and gas production, which in all accounts for more than 40 per cent of the country’s revenue.

Asked about the Swift payment system and whether Britain would ban Russia, Mr Johnson said: “There is no doubt that that would be a very potent weapon.

“I’m afraid it can only really be deployed with the assistance of the United States though. We are in discussions about that,” he said earlier this month.

The United States could block Russia from access to the US dollar. The American currency still dominates in financial transactions around the world, with trillions of dollars in play daily.

Transactions in dollars are cleared through the Federal Reserve or through US financial institutions.

Many Russians and Russian companies would be stymied in carrying out even the most routine transactions, like making payroll or buying things, because they would have no access to the US banking system.

Previously, the US has suspended financial institutions from dollar clearing for allegedly violating sanctions against Iran, Sudan and other countries.

Mr Biden indicated to reporters that cutting off Russia and its citizens’ ability to deal in dollars was one of the options the US was studying.

White House press secretary Jen Psaki has confirmed that the US is considering imposing export controls.

This would potentially cut Russia off from the high tech that helps warplanes and passenger jets fly and makes smartphones smart, along with the other software and advanced electronic gear that make the modern world run.

That could include adding Russia to the most restrictive group of countries for export control purposes, together with Cuba, Iran, North Korea and Syria, officials said.

Another possible measure Western allies could use against Russia is blocking the Nord Stream 2 natural gas pipeline.

The undersea pipeline directly links Russian gas to Europe via Germany and is complete but not yet operating.

Mr Biden has already said the pipeline would be halted if Russia invades Ukraine. And in a message to European allies, Mr Johnson said they needed to end their reliance on Russia’s natural gas.

“What I think all European countries need to do now is to get Nord Stream out of the bloodstream,” he said.

“Yank out that hypodermic drip feed of Russian hydrocarbons that is keeping so many European economies going.”

British foreign secretary Liz Truss has previously warned “there would be nowhere to hide for Putin’s oligarchs“ if Russia did invade Ukraine.

The powerful business tycoons could well be targeted alongside Putin, his family, friends and immediate inner circle.

The US and Western allies have already formed a list of who they would target if an invasion did occur.

Ms Psaki told reporters: “The individuals we have identified are in or near the inner circles of the Kremlin and play a role in government decision making or are at a minimum complicit in the Kremlin’s destabilizing behavior.”