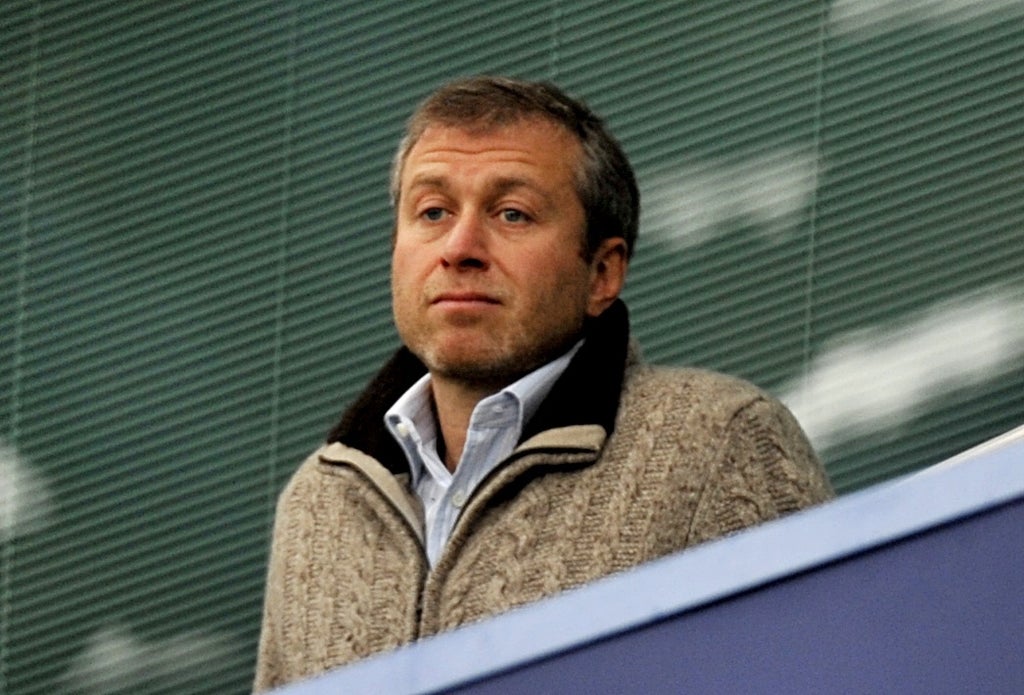 Chelsea owner Roman Abramovich has been sanctioned by the UK government, placing the club’s future in limbo.

The Russian-Israeli billionaire has owned Chelsea since 2003, but he put the club up for sale amid the threat of being sanctioned following Russia’s invasion of Ukraine.

The government’s “oligarch taskforce” has set about targeting those with links to the Kremlin and has sanctioned Abramovich due to his ties with Russian president Vladimir Putin, as well as his stake in the company Evraz PLC, which has been “potentially supplying steel to the Russian military which may have been used in the production of tanks”.

The government’s sanction paper explained: “Abramovich is associated with a person who is/has been involved in destabilizing Ukraine & undermining/threatening territorial integrity, sovereignty & independence of Ukraine, namely Vladimir Putin, with whom (he) has had a close relationship for decades .”

The prime minister, Boris Johnson, added: “There can be no safe havens for those who have supported Putin’s vicious assault on Ukraine. Today’s sanctions are the latest step in the UK’s unwavering support for the Ukrainian people. We will be ruthless in pursuing those who enable the killing of civilians, destruction of hospitals and illegal occupation of sovereign allies.”

What does this mean for Chelsea?

Abramovich’s UK assets have been frozen, although he could apply to sell Chelsea provided he does not receive the proceeds. The government will strive to ensure he cannot make any more money from the club.

Chelsea have been given special dispensation to continue operation due to the club’s important role in sport and society. Players and staff will continue to be paid, but the club cannot now sell additional tickets to those already sold.

The core principle of the license is to deny access to revenue, beyond what Chelsea needs to operate on a day-to-day basis. The limitations apply to all aspects of the club including the women’s and youth teams.

The club can continue to spend money on travel to training and matches, up to £20,000 per game. The club’s merchandise shop will be closed but stadium catering can continue as well as the hire of security and stewarding, up to a total cost of £500,000 per fixture.

The club are obliged to keep records of any activity permitted under the license with a value exceeding £5,000 for a minimum of six years.

Chelsea will still be able to receive money from existing Premier League TV deals, which will enable the club to pay its staff, but all incoming money will be frozen so that it cannot be withdrawn from the club.

Nadine Dorries, the secretary for digital, culture, media and sport, said: “Our priority is to hold those who have enabled the Putin regime to account.

“Today’s sanctions obviously have a direct impact on Chelsea and its fans. We have been working hard to ensure the club and the national game are not unnecessarily harmed by these important sanctions.

“To ensure the club can continue to compete and operate we are issuing a special license that will allow fixtures to be fulfilled, staff to be paid and existing ticket holders to attend matches while, crucially, depriving Abramovich of benefiting from his ownership of the club. .

“I know this brings some uncertainty, but the government will work with the league and clubs to keep football being played while ensuring sanctions hit those intended. Football clubs are cultural assets and the bedrock of our communities. We’re committed to protecting them.”

Members of the Chelsea hierarchy are meeting government officials later on Thursday to further discuss the implications.

Can Abramovich still sell the club?

Abramovich has now put the club for sale but he is not entitled to any of the proceeds.

American merchant bank the Raine Group has been put in charge of the process to sell the club, and multiple bidders have come forwards.

There is no explicit line on future transfers, only that existing obligations can still be met.

The government’s explanation of Chelsea’s license says Chelsea can make “inter-club payments to discharge obligations which existed before 10 March 2022 under player loan/sale arrangements”.

This would indicate that only previously agreed payments can be made and received, meaning Chelsea are effectively under a transfer ban and that no new signings can be made either by transfer or loan.

It would also put into question whether fresh contracts can be offered to players whose deals expire at the end of the season, like captain Cesar Azpilicueta and fellow defenders Antonio Rudiger and Andreas Christensen.

The license expires on 31 May and the Treasury reserves the right to vary, revoke or suspend it at any time.

What about tickets for upcoming matches?