Skip to content
Home News What is Nord Stream 2? 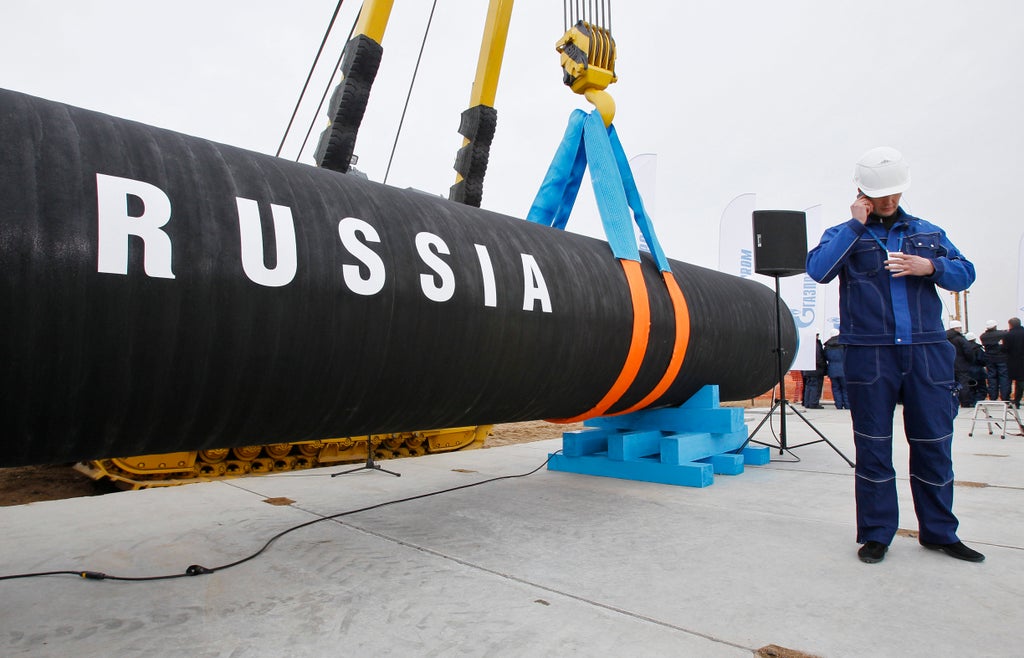 Nord Stream 2 is a 745-mile pipeline stretching between Ust-Luga near western Russia’s border with Estonia and Greifswald in northeastern Germany, intended for the delivery of natural gas to central Europe via the Baltic Sea.

Construction on the project was completed in September 2021 at a cost of £8.3bn but it has yet to receive the necessary European regulatory approval to permit its operator, Russian state-owned gas giant Gazprom, to turn on the taps.

The original Nord Stream pipeline was completed in 2012 and runs parallel with its new companion and likewise terminates at Greifswald but has a different point of origin – Vyborg, on the northern coast of the Gulf of Finland.

Nord Stream 2 will enable Russia to pump an estimated additional 55 billion cubic meters of gas to Germany each year, doubling its present capacity and increasing its regional energy dominance.

Perhaps most significantly given the present diplomatic crisis – which has seen an estimated 130,000 Russian soldiers and armored vehicles assemble along the Ukrainian border, seemingly primed for invasion – the twin Nord Stream pipelines allow Russia to send gas west by means other than directly through its neighbour’s territory, which it previously relied upon and for which Kyiv received lucrative transit fees.

Russian president Vladimir Putin, a former KGB officer, is said to have resented Ukraine’s independence since the collapse of the Soviet Union in 1989, particularly its desire to secure greater military protection by joining Nato.

Like his annexation of the Crimean Peninsula in 2014 or subsequent encouragement of pro-Russian separatists in the eastern Donbas region, the pipeline could be seen as further punishment for Kyiv’s rejection of his influence.

His Ukrainian counterpart, Volodymyr Zelensky, has previously warned that the Nord Stream project represents a “dangerous geopolitical weapon” and is not alone among world leaders in fearing that Russia could use it to exert political leverage over the EU by threatening to withhold gas in winter if its political whims are not indulged.

Germany, under its previous chancellor Angela Merkel, has long dismissed those blackmail fears as hysterical, insisting the project is a purely commercial venture that will enable it to heat 26m homes and aid its transition away from nuclear power towards renewables.

However, with Europe already mired in an energy crisis and Gazprom recently declining to replenish its stores on the continent to the expected extent in order to shield itself from exposure, Russian ruthlessness can be taken as a given, particularly if armed conflict does erupt as feared .

While the UK receives only 3 per cent of its gas imports from Russia, Germany receives 40 per cent and Finland 100 per cent, underlining the power of the cards Moscow holds, with American investment bank Stifel warning recently that gas prices could quadruple should war break out.

Ms Merkel’s successor, Olaf Scholz, has now visited the White House to discuss tactics with US president Joe Biden, after which the pair gave a joint press conference at which the American said they were “working closely together to pursue diplomatic solutions to this situation” while warning they would not hesitate to “end” Nord Stream 2 should Mr Putin make a “gigantic mistake” and invade Ukraine.

His foreign minister, Antony Blinken, has meanwhile moved to reassure Europe that the US will support its energy needs if the new project is indeed blocked.

“We’re working together right now to protect Europe’s energy supply against supply shocks, including those that could result from further Russian aggression against Ukraine,” he said during a joint press conference with EU foreign policy chief Josep Borrell.

Mr Blinken said coordination efforts with allies and partners includes “how best to share energy reserves in the event that Russia turns off the spigot, or initiates a conflict that disrupts the flow of gas through Ukraine”.

The US has long been opposed to both pipelines – even Donald Trump attacked it at a fractious Nato summit in Brussels in July 2018.

UK defense secretary Ben Wallace has likewise said that stopping the pipeline being activated is “one of the few chips that can make a difference”.

Mr Borrell has since reiterated the alliance’s threat to block Nord Stream 2 during an interview with BBC Radio 4’s Today programme.

Germany has previously been reluctant to commit significant military support to Ukraine, despite pressure from the international community to do so, presumably because of its tangled energy concerns.

However, it does have other potential options for the supply of gas should Nord Stream 2 be blocked as threatened, including taking deliveries from Norway, the Netherlands, Britain and instead Denmark, so, in theory, it need not be held to ransom.