Skip to content
Home News What is Burns Night and how did it start? 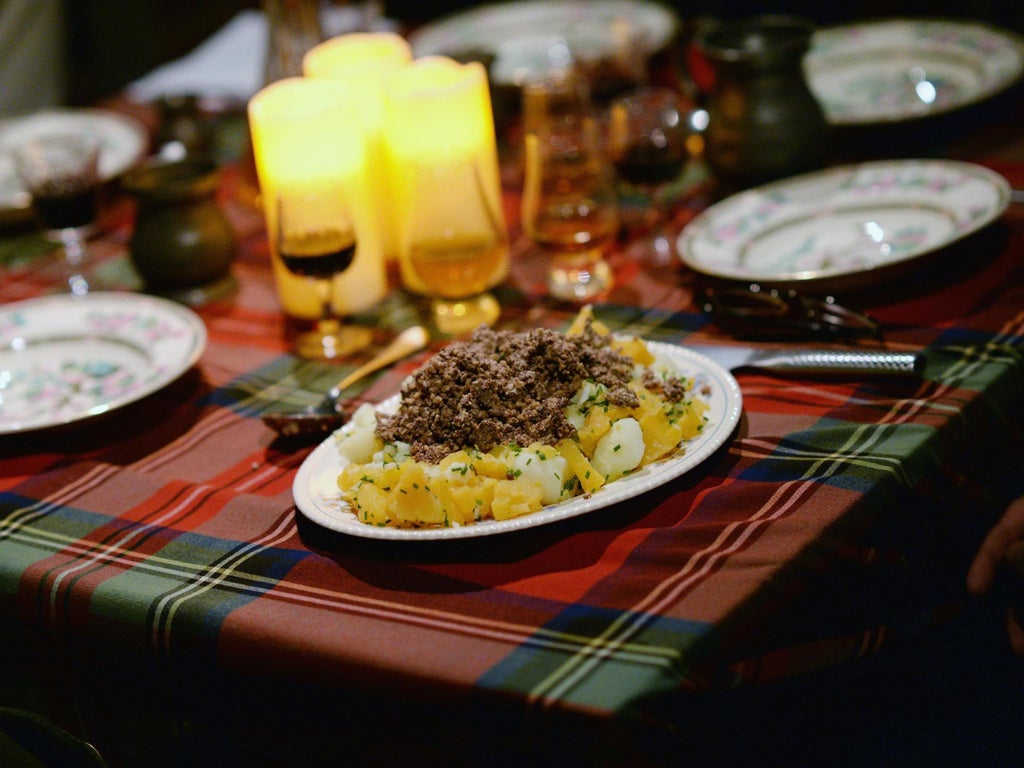 Burns Night brings to mind forkfuls of peppery haggis and wee drams of whiskey but the history of the festivities is often taken for granted.

The Burns Supper is a celebration of the life and legacy of the Scottish poet Robert Burns. While it was first organized by his close friends and family as a memorial dinner, the night has since morphed into an event for Scots at home and around the world.

It is celebrated with traditional Scottish fare, folk music and renditions of Burns’s poetry.

Who was Robert Burns?

“Rabbie” Burns penned more than 550 poems and songs before his death in 1796.

A massive source of inspiration to the founders of Liberalism and Socialism, the 18th-century writer is known for his astute social commentary and focus on all things political. Scotland’s national poet is considered a revolutionary figure, both in his homeland and beyond.

Dubbed the “greatest Scott of all time” by TVS in 2009, the writer from Ayrshire died of rheumatic fever at the age of just 37.

His funeral was held on the same day his son Maxwell was born. Burns’s body was later transferred from a churchyard grave to a mausoleum in Dumfries, where his wife Jean Armor was also laid to rest after her death in 1834.

When is Burn’s Night?

The date was chosen to coincide with the poet’s birthday, who was born on 25 January 1759.

The first Burns supper hosted by the Burns Club was held on 29 January 1802, on what was thought to be Burns’ birthday.

However, the following year the discovery of parish records revealed that the late poet’s birthday was actually four days prior.

How is it celebrated?

Readmore: How to make vegan haggis

The song Auld Lang Syne was derived from a poem penned by Burns in 1788, which he originally sent to the Scots Musical Museum.

While the first Burns Supper was first held way back in 1801 and new rituals have since been appended, the crux of the celebration remains unchanged and revolves around paying tribute to Burns in whatever way feels most fitting.

What’s in the traditional dinner?

The jewel in the crown of any Burns Supper is always haggis, a savory pudding containing minced sheep’s heart, liver and lungs bound with onion, oatmeal, suet, stock and a selection of spices. It is traditionally bound in the animal’s stomach.

Burns describes haggis as the “great chieftain o’ the puddin-‘race” and a traditional Burns Night kicks off with a host reading his “Address to a Haggis”.

Readmore: How to make classic haggis, neeps and tatties

Haggis is served with the classic side of mashed neeps and tatties (swedes and potatoes). The food is, of course, accompanied by the finest domestic whisky.

Vegetarians and pescatarians – or those who want to try something a little different – ​​can choose haggis made without meat. Also popular is seafood dishes like Cullen Skink soup, made from smoked haddock.