Skip to content
Home News What is a bomb cyclone? Northeast US warns of approaching storm 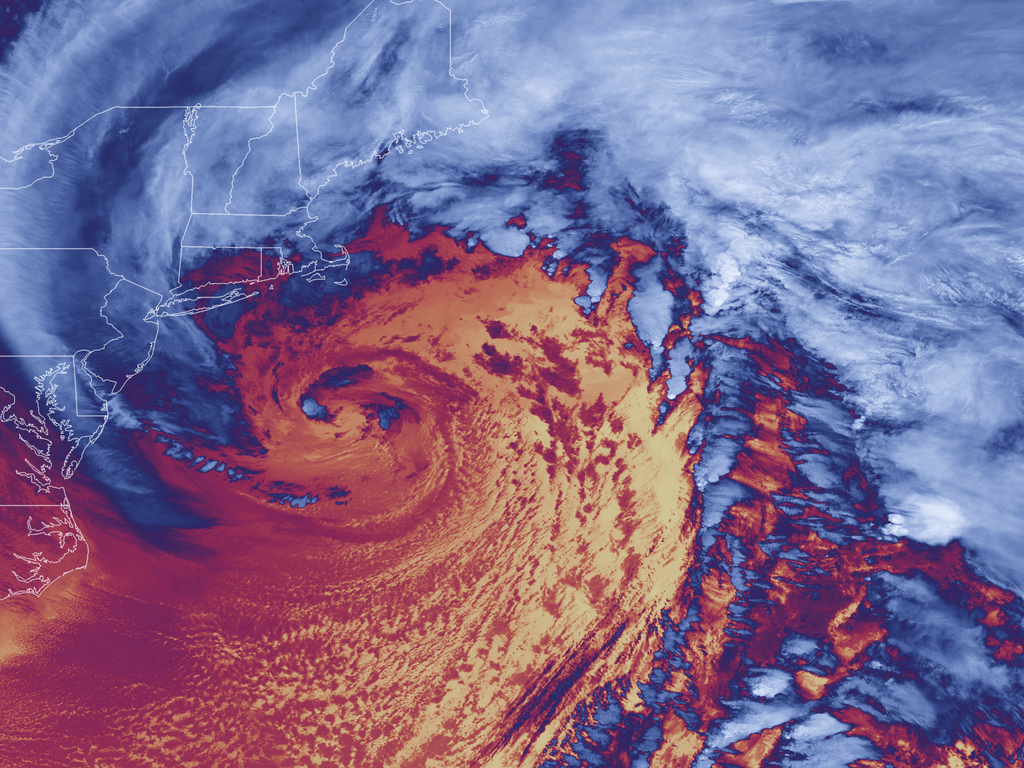 The US East Coast has been warned that a Mid-Atlantic “bomb cyclone” could hit later this week, the Northeast traveling up the East Coast and possibly bringing heavy snow along with the cold.

“There is growing confidence that a significant winter storm will create sizable impacts Friday through the weekend from the Mid-Atlantic to the Northeast,” the Weather Prediction Center warned Tuesday morning.

“It is increasingly likely to bring heavy snow, sleet and freezing rain to the region, including the I-95 metropolitan areas.”

While the name sounds alarming, the phenomenon is relatively common in North America and the term, which was coined in 1980, has been criticized by some meteorologists for being pointlessly sensational and inspiring unnecessary panic.

“The actual impacts are not going to be a bomb at all. There is nothing to explode or detonate.”

The occurrence, also known as explosive cyclogenesis, is essentially equivalent to a rapidly developing storm system, distinct from a tropical hurricane because it occurs at mid-latitudes where warm and cold air fronts meet and collide, rather than relying on warm ocean waters in late summer. as a catalyst.

The US National Oceanic and Atmospheric Administration says the process takes place when “a mid-latitude cyclone rapidly intensifies, falling by at least 24 millibars over 24 hours,” citing the measurement used to record atmospheric pressure (the force exerted by the weight of the air).

Like a conventional cyclone, a bomb cyclone is the product of a low-pressure system, where the atmospheric pressure is lower at sea level than in the surrounding area.

Air entering the system from the Earth’s surface rotates in the same direction as the Earth as it rises, drawing in swirling winds at its base and creating the cyclone.

As long as air continues to rise to the top faster than it can be replaced at the bottom, the pressure will continue to drop.

As with a hurricane, lower air pressure produces a stronger storm, resulting in high winds, torrential rain, or blizzard conditions depending on the surrounding air temperature, with bomb cyclones more common in the US not dominant

“Not all bomb cyclones are hurricanes,” climatologist Daniel Swain of the University of California, Los Angeles, told NBC. “But sometimes, they can take on characteristics that make them look a lot like hurricanes, with very strong winds, heavy precipitation, and well-defined features like eyes in the middle.

“Fundamentally, bomb cyclone impacts are not necessarily different from other strong storm systems, except that rapid strengthening is often a signature of a very powerful storm system.”

It is not always clear what impact, if any, the broader climate crisis has on a single weather event.

But, after a bomb cyclone hit otherwise drought-ridden California and the Pacific Northwest last October, Dartmouth College professor Justin Malkin, a climate scientist, commented, “California is a sentinel state. . It’s like a canary in a coal mine. The state is a crucial indicator of society’s ability to respond to these types of climate stresses occurring today.”

Marty Ralph, director of the San Diego-based Center for Western Climate and Water Ends, also said the “whiplash,” from droughts and wildfires to flash storms, experienced in the Golden State was “consistent with what indicated by climate projections”.

Writing about whether global warming played a role in driving another bomb cyclone toward New England in January 2018, Annie Sneed of american scientist He said: “We would expect it to play some role, as climate change is fundamentally affecting the atmosphere and changing the ground state in which storms arise.

“So potentially you would have more moisture available for this storm, just because the oceans are warmer from global warming, and that could increase the impacts of a storm like this.

“There are also questions about whether global warming could be affecting the jet stream, which is a major trigger for this storm. [Climate change] it may be causing the jet stream to have more meanders, more of these big loops, these kinks, that can drive these kinds of storms. It is an active area of ​​research and there has not been unanimous scientific agreement on how climate change is affecting these storms.”

Those concerned about staying safe on the East Coast this week, as with any other severe storm forecast, are advised to stock up on canned food, water, first aid supplies, a flashlight, and spare batteries in the event of a storm. cut off power supplies.

“Pay attention to local meteorologists, but understand that the occurrence of a ‘bomb cyclone’ does not mean that a storm will be particularly apocalyptic,” writes Rachel Feltman of popular science.

“You should still be safe and prepared, but that’s true for just about any winter storm.