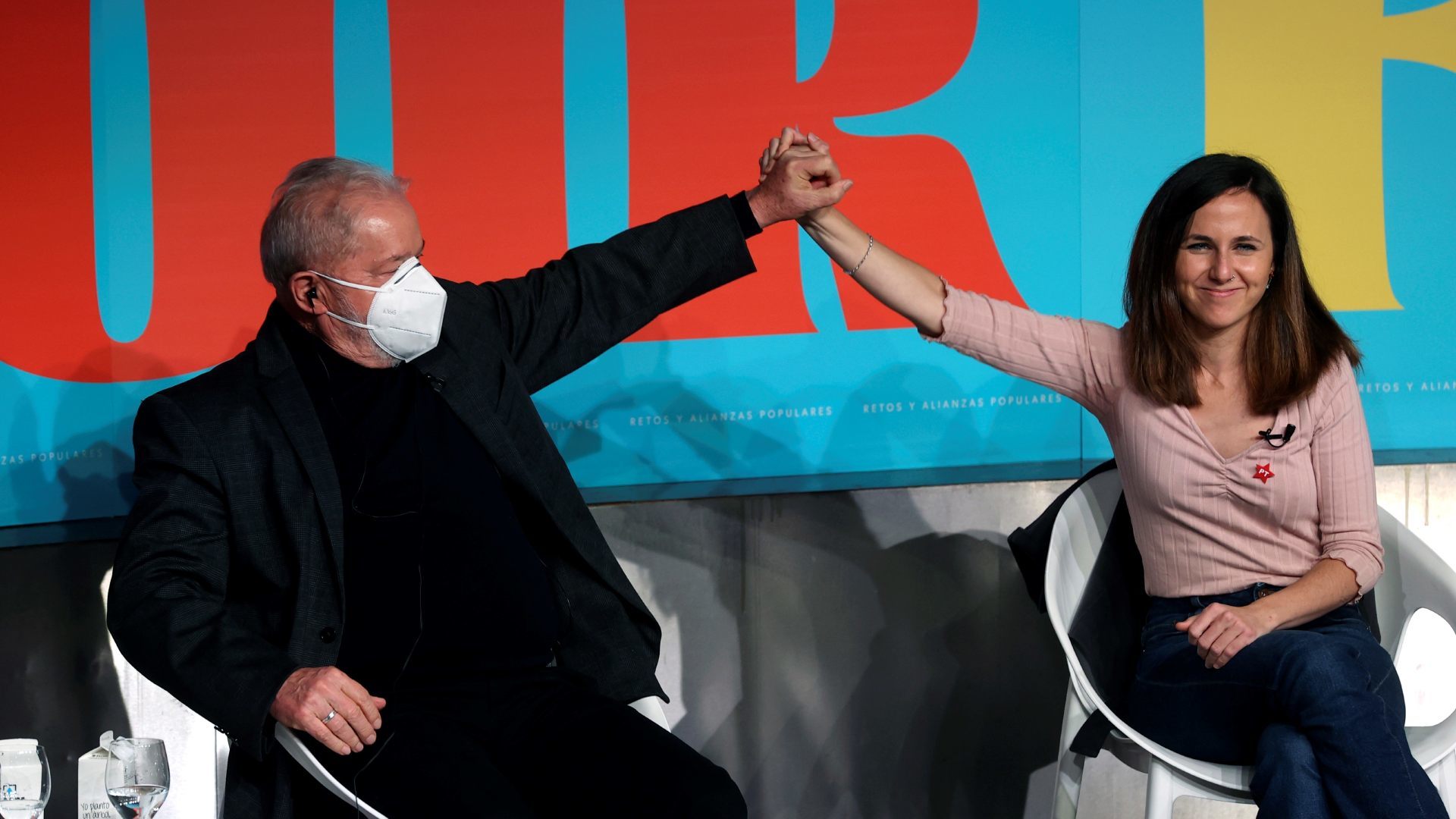 The leader of We can and Minister of Social Rights and the 2030 Agenda, Ione Belarra, has stressed this Saturday the need to create international alliances “stronger than ever” to prevent the same thing that happened in Brazil from happening in Spain, where they assure that the former president Luiz Inacio Lula da Silva suffered a media and judicial harassment.

This has been pointed out by Belarra in his speech at the forum ‘Building the future: challenges and popular alliances’, which was held at the Casa de América, and which also had the participation of the former leader of Podemos, Pablo Iglesias, the former Brazilian president Lula da Silva, who ends his tour of Europe with this day, and the IU leader and general secretary of the PCE, Enrique Santiago, among others.

Belarra has shown her conviction that “the right and the far right “are going to use” all resources, legitimate or illegitimate, legal or illegal, to prevent progressive forces from entering governments, and when they enter they have to leave by whatever means. “

The leader of Podemos has assured that “neoliberalism is in crisis“and that this” has opened a possibility to the progressive forces. “

The head of Social Rights also wanted to address Lula to share that, although Podemos has a “fairly short” life history, the history of the training has been “intrinsically related to the coup in Brazil and the unjust imprisonment”. “Your fight has been our fight,” emphasized the minister.

For his part, the former vice president and former leader of Podemos, Pablo Iglesias, has warned that, like Lula da Silva, leaders of Podemos as the national co-spokesperson Isabel serra and the former deputy Alberto Rodriguez they have been victims of “judicial and police assemblages” perpetrated by the right “to try to rectify in the courts and in the media what the polls had said.”

Iglesias, who has taken the opportunity to praise the work of the former president at the head of Brazil, has stressed that “He was a victim of media harassment, he was wrongly tried, wrongly convicted and eventually wrongly imprisoned, “he added.

In this sense, he has assured about the ‘lawfare‘which “is the new coup”, while he has detailed that it is “a set of devices where media powers connected with the great economic powers ally with the judicial authorities to illegitimately win in court what they could not win at the polls.”

“You may wonder if in Spain political groups have been persecuted through media scandals, through illegal units of officials of the National Police Force working under the orders of the Popular Party to try to rectify in the courts and in the media what the polls had said, “Iglesias has settled, who has pointed out that it is not his responsibility to answer these questions.

The former president of Brazil, Lula da Silva has declared that he will decide “between February and March” next year if he presents finally his candidacy for the presidential elections of the South American country. “To return doing less, it is better not to return,” said the 76-year-old ex-president, who has recovered all his political rights and will now be able to face the current president, Jair Bolsonaro, in next year’s elections, after almost two years of disqualification for convictions related to the Lava Jato corruption scheme, now revoked.