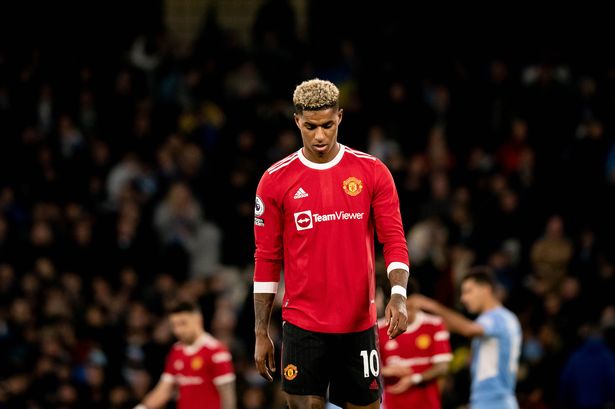 As reported by the MEN on Wednesday, United are stepping up their search for their next manager over the two-week international break, with Ten Hag having spoken to club officials earlier in the week. As things stand, the Dutchman is United’s preferred choice to take over in the summer, but the club has not made a final decision as it continues with its process.

Inevitably in the wake of the news, United fans have been in deep discussion about things such as the tactics Ten Hag may deploy at Old Trafford and how his arrival could impact certain key individuals at the club. And one of those players dominating such discussions has been Marcus Rashford.

It’s been forgettable 12 months for Rashford at United. His form of him took a notable nosedive in the second half of last season, though it was hoped he’d return to his best form this season following surgery on a shoulder injury which it was said had plagued him for much of the last campaign.

The procedure took place in August, keeping the 24-year-old sidelined until mid-October. Rashford returned with three goals in four matches, prompting many to suggest we could be about to see the best version of the United striker once again.

However Rashford’s form tailed off very quickly and he’s managed to find the back of the net just twice since then. It’s not only been a lack of goals but also the lackluster nature of his all-round performances that have caused United major concern and it was then revealed Rashford was considering his future at the club.

Despite his faltering form, Ralf Rangnick has remained supportive of the 24-year-old and stated at the beginning of the month that he’ll put all his energy into helping him get back to his best. “With Marcus Rashford, we have another player (who I have) continuously been behind and (will work) with, to develop him.”

“We have seen that with other players in the past and I don’t see why this shouldn’t happen with Marcus. He’s got abundant talent, he’s got the pace, the physicality. He’s got everything you need for a modern striker, not only if he is playing from the wing or in the center. I will put all my energy to help him to take the same pathway that other players did in the last three months.”

Rangnick’s words will have surely provided Rashford with some comfort, yet there is now a wider concern centered around what happens after Rangnick departs as United’s interim manager. Ten Hag, should he arrive, will surely aim to give every player in the squad a chance to prove themselves. However some, including Rashford, might struggle to take it on form.

This is also because in terms of a playing profile, Rashford’s doesn’t really suit what we’d expect to see within a Ten Hag-led United side. The Dutch manager is revered for his slick total football philosophy, which focuses heavily on possession and building through the lines.

Rashford though has often been at his best in a more counter-attacking system where he can run onto through balls or drive at a disrupted defense in transition. Teams who dominate the ball tend to pin their opponents inside their own half though, meaning such scenarios are usually at a premium. Ten Hag will therefore be looking to rely more on good technicians who can patiently pull a defense apart and exploit openings that appear.

Ten Hag’s arrival should undoubtedly be viewed as a positive from a United perspective, but for Rashford, it could be quite the opposite. Many fans will be hoping he can still be an important player for the squad going forward, yet his game will need much development if that’s to happen under Ten Hag.