Skip to content
Home News What are thermobaric rockets? New weapon ‘Putin could unleash on Ukraine’ 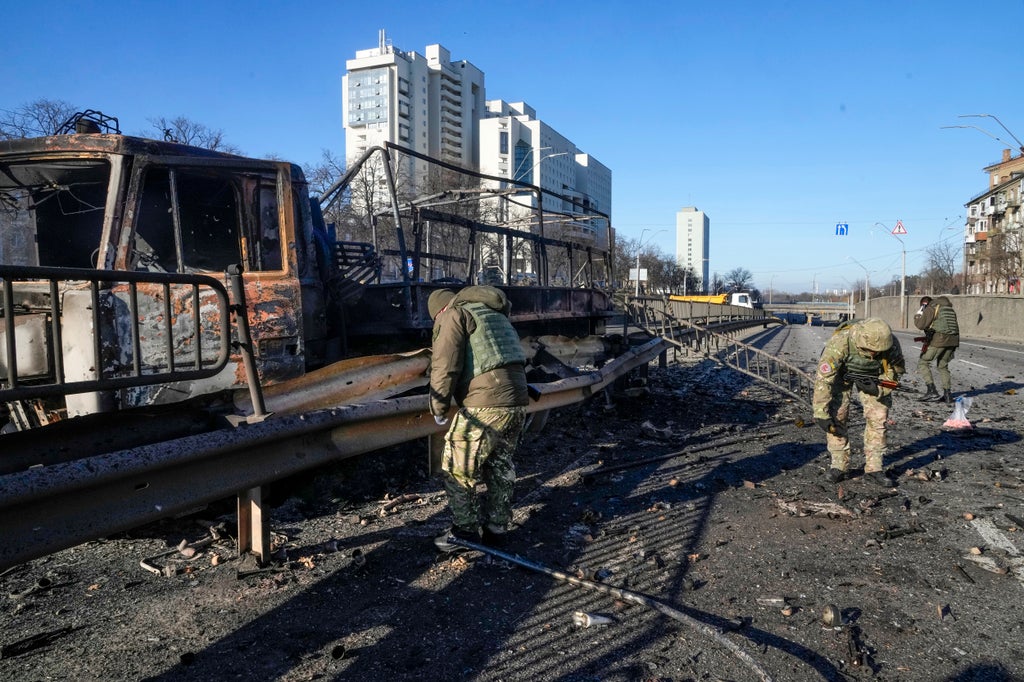 Thermobaric weapons are considered to be one of the most brutal war weapons that exist.

The missiles are filled with a highly explosive fuel and chemical mix, which, on exploding can cause supersonic blast waves that can obliterate everything in its path, including buildings and humans. They are also known as aerosol bombs or vacuum bombs.

The use of these weapons will lead to “indiscriminate violence”, western officials have warned, according to The Telegraph.

Peter Lee of the University of Portsmouth, explained how these bombs work in 2016, after Russia allegedly used them in Syria.

“Imagine taking a deep breath then submerging yourself in water. Then imagine having all of the oxygen forced instantly from your body. Try to inhale again. But instead of cold water filling your lungs, toxic, flammable particles start killing you from the inside out,” he wrote.

Only blasts caused by nuclear attacks are worse. Russia has allegedly used these missiles in Chechnya and Syria.

Other reports suggested that the missiles – TOS-1 series thermobaric multiple-barrel rocket launchers – are believed to have entered Ukraine, but have not been put to use.

Some have warned that firing thermobaric missiles will be hugely risky for Russia also.

“To use these on Ukrainian civilians – apart from fact it is wholly barbaric – will be hugely risky as a strategy for #Putin. A brief brutal win does not translate into a long term win here. #Ukraine,” said The Evening Standard‘s columnist Emily Sheffield.

Russian forces have launched coordinated missile and artillery attacks on Ukrainian cities, including the capital Kyiv, in Europe’s worst conflict in decades that was launched by Vladimir Putin on Thursday. As the world watched events unfold with shock and horror after Mr Putin’s announcement on Thursday, leaders condemned the invasion and imposed sanctions against Russia.

Heavy street fighting against Russian troops is underway in Kyiv on Saturday as officials urged locals to take immediate shelter. Kyiv was struck by two missiles. As many as 198 Ukrainians, including three children, have been killed since the invasion began.

He followed it with a dangerous warning: “Whoever would try to stop us and further create threats to our country, to our people should know that Russia’s response will be immediate and lead you to such consequences that you have never faced in your history. We are ready for any outcome.”