Skip to content
Home News What are the lights on curling stones? Explaining the Winter Olympic sport 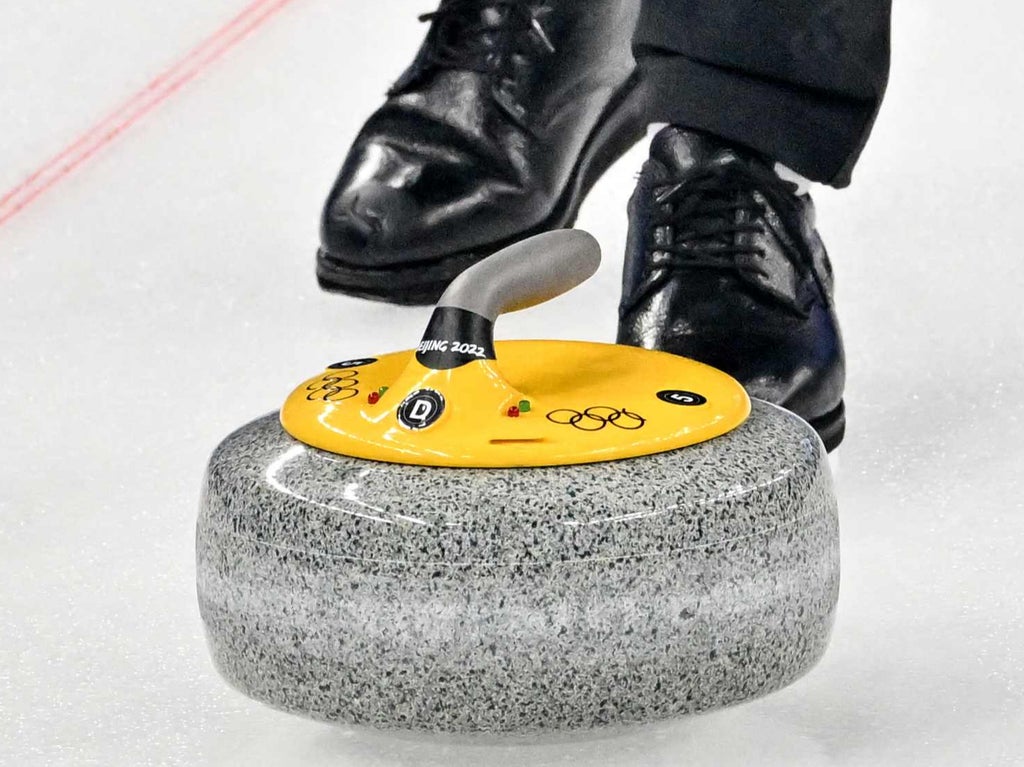 The curling has captivated fans in the opening days of the 2022 Winter Olympics in Beijing.

Great Britain’s curling mixed doubles pair Bruce Mouat and Jen Dodds are on course for a medal if they can defeat Norway in the semi-finals.

A win over the USA 8-4 rounded off their group final with Mouat delighted with the performance.

“It was our best team performance of the week and exactly the way we want to go into the semi-finals,” Mouat said. “We put a lot of stones in good spots to put them under pressure. Our draw weight was on point which is exactly what you need in mixed doubles.”

During games there are lights on top of the stones used, here is what they mean.

What are the lights on curling stones?

During Team USA’s second game against Italy, Stefania Constantini was penalized with a hogline violation in the sixth end.

A heat sensor is embedded into the ice and will be triggered if your hand continues to hold onto the handle while breaching the line, meaning each stone has batteries to power these sensors.

Failure to release your hand before the line will turn the lights red and that team will be forced to remove it from play.

It rarely happens at this elite level, but such is the pressure at the Winter Olympics, it can occasionally happen.

How much does the stone weigh and what is it made of?

The official USA Curling rulebook states that each curling stone cannot be greater than 44 pounds (19.96kg) in weight, and no less than 38 pounds (17.24kg). The handle is included as part of the weight.

The stones are made of a special type of granite, which is found on the island of Ailsa Craig in Scotland.

The hammer is a crucial part of curling. The team that has the hammer is able to throw the final stone of each end, generally a significant advantage, with all other stones thrown and the current scoring situation clear.

Whichever team doesn’t score during an end will get the hammer in the next round – this sometimes causes teams to avoid scoring just a single point, instead preferring to retain the hammer and score more heavily in the next end.

It is retained if neither team scores.

Before a game of curling begins, teams decide who will have what is also known as Last Stone Advantage. In championship curling the hammer is decided by a draw to the button with two players from each team delivering a stone as close as possible to the center of the house – one stone is delivered clockwise and the other counter-clockwise – and the distance from the stone to the center being measured.

This process is called the Last Stone Draw or LSD.

In the men’s and women’s events, the final two stones of each end are generally thrown by the skip.

This is the de facto captain of each rink, who shapes their team’s strategy and must execute calmly under pressure.

In mixed doubles, in which five stones are played, the same team member throws the first and last stones of each end.

Their teammate throws the middle three stones: teams begin every end with one stone, per team, pre-placed therefore it’s possible to score six points in an end.

See also  Who is anti-vaxx actor Sean Ward – and who did he play in Coronation Street?