Skip to content
Home News What are the Halo TV series reviews like and how will UK fans get to watch the show? 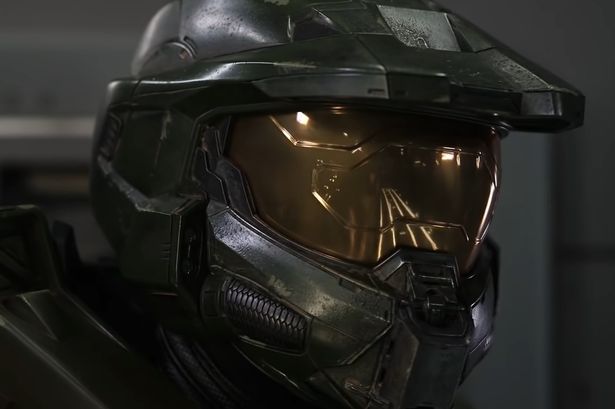 The eagerly-anticipated TV adaptation of much-loved video game Halo has finally arrived. After multiple attempts and a 20-year wait, the Paramount+ series has dropped in the US today (Thursday 24 March).

The $200m, nine-part adaptation follows the exploits of main character Master Chief – the towering, genetically-engineered supersoldier of the United Nations Space Command (UNSC). Like the video game, the action takes place in the 26th century, when the ruling UNSC finds itself under attack from an alien force known as the Covenant.

Halo became one of history’s most popular video game franchises after the first-person shooter launched on Microsoft’s Xbox in 2001. Steven Spielberg, Peter Jackson and District 9’s Neill Blomkamp have all been involved in projects that have sought to bring an adaptation to the screen.

Now it is finally here and the reviews are in. But they aren’t exactly glowing.

The Guardian gave it three out of five stars. The newspaper described it as a ‘middling’ adaptation with ‘impressive visuals and not much else’.

Reviewer Ben Child added: “Fans of the games who just want to see their nightly battles with giant space monsters played out on the TV screen will no doubt be more than content with Kyle Killen and Steven Kane’s adventurous if somewhat insipid reimagining. Unfortunately, those of us who don’t recognize every re-enacted power-up bleep and helmet-cam vision of destruction will probably find ourselves wondering, much of the time, quite what is going on.”

See also  Explainer: How the Northern Ireland protocol divides Britain and the EU

Critic Will Bedingfield added: “Halo finds itself atop an unenviable heap: the carcasses of failed video game adaptations. No game has ever been turned into a compelling movie or TV show, and on the evidence of the first two episodes, at least, this one…is no different.”

Reviewer Max Covill added: “Halo has another seven episodes in season one and has already been renewed for a second season, leaving plenty of opportunities for the franchise to evolve. Unfortunately, based on just these two episodes, it may be a bumpy ride, as this adaptation already has significant problems—coming across as nothing more than a generic assemblage of science-fiction stories, disappointing action sequences, and uninteresting characters.”

How can I watch the Halo TV series in the UK?

The series has now launched in the US and other countries that supports Paramount+. Unfortunately, that particular streaming service isn’t available in the UK yet – so neither is the Halo series.

An exact date for the series’ UK release is yet to be announced. However, Paramount+ is set to launch in the UK as part of Sky Cinema later this year.

This means existing Sky Cinema members should be able to watch Halo then. The streaming service will also be available to Sky Q customers – although everyone else will need to buy it as a separate add-on.

See also  Jed Mercurio: Why is the mastermind behind Line of Duty charging £80 for digital screenwriting lessons?

If you can’t wait until then, you could invest in a VPN. Also known as a virtual private network, a VPN masks your location from the websites you visit, allowing you to access content blocked in your region.

Paramount+ is currently available in the United States, Latin America, Canada, the Nordic countries, and Australia – costing around $4.99 per month for a membership. A VPN would allow you to access it from the UK.

The main role of Master Chief is played by Pablo Schreiber. The 43-year-old Canadian-American actor is perhaps best known for his roles as Nick Sobotka on The Wire, Mad Sweeney on American Gods and George Mendez on Orange is the New Black.