Skip to content
Home News What are the effects of alcohol on your body after the age of 40? 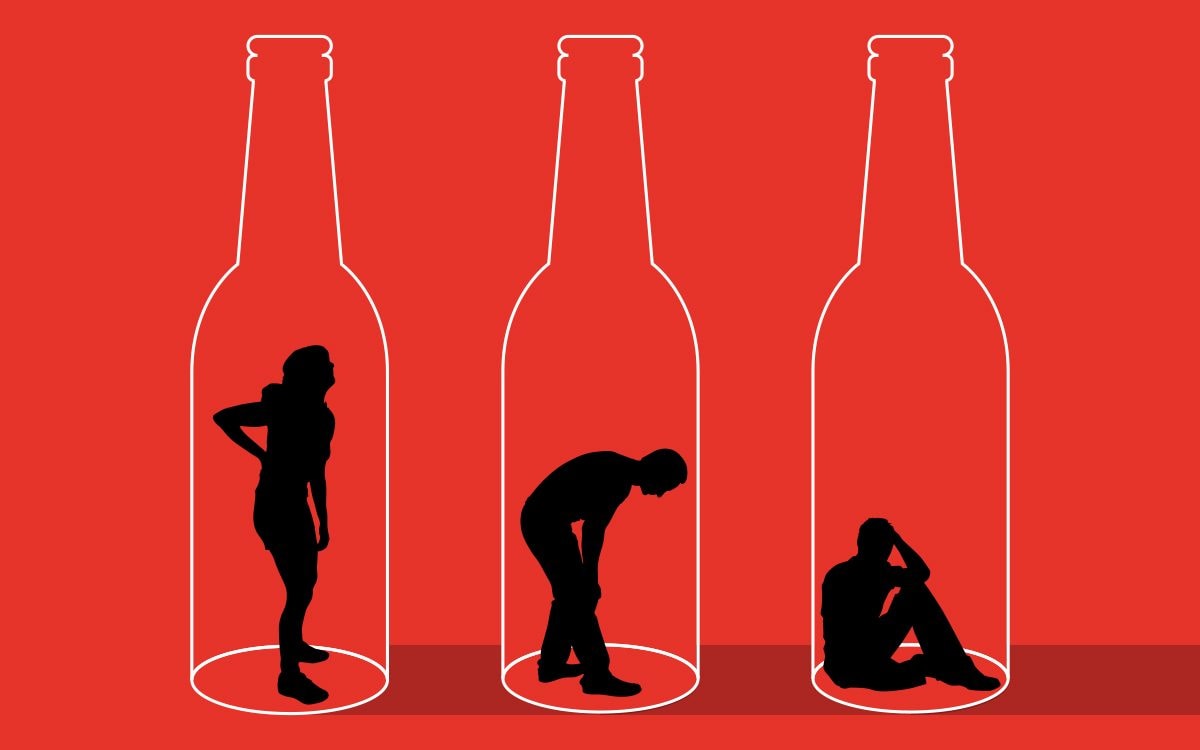 Alcohol causes a flushing of the skin in those prone, says consultant dermatologist Professor Nick Lowe. “This can trigger rosacea, a chronic redness in the skin because the blood vessels enlarge and produce more blood flow. Though the redness can go down, over time it can lead to a permanent enlargement of the blood vessels and visible thread veins on skin. ” These can be treated with pulsed right or vascular lasers but are better caught early for best results, he says.

And those spots you get after a night out? Here’s why. “Alcohol can make people stressed and anxious and this stress produces the androgen hormones that stimulate acne,” says Professor Lowe.

And the reason heavy drinkers tend to look a little worse for wear? “The skin becomes dehydrated and and the fluid lost can lead to flakiness and puffiness around the eyes,” he says. “Plus, the excess sugars you’re consuming – especially with beer and wine – damage the DNA and collagen in the skin which can lead to more rapid aging.”

People who regularly binge drink – that’s classified as drinking double the daily limit of 3-4 units for a man and 2-3 for a woman or more in one session – dramatically increase their risk of stroke, says Professor Wallace. Drinking raises blood pressure both short and long term which increases heart attack and stroke risk.

Liver disease has risen in the UK by a staggering 400 per cent since the 1970s. “Those at risk are not just chronic alcohol abusers, but also middle-aged, professionals who drink a little too much most nights,” says Dr Debbie Shawcross, consultant hepatologist at King’s College Hospital Liver Unit.

“The liver may start out a little fatty and then if you continue heavily drinking between say 40 and 55 the fat and inflammation creates scar tissue and the liver shrinks and – for about one in six people – can lead to cirrhosis or liver disease.”

The liver has a healthy ability to heal itself and the British Liver Trust suggests aiming to have three consecutive non-drinking days a week, to give it a chance to regenerate – they also have an iPhone app called Spruce that helps you work alcohol free days into your week.

Each year about 13,000 cases of cancer in the UK are attributed to alcohol consumption. “In terms of cancer risk, there is no safe level of drinking,” says Nicola Smith, senior health information officer for Cancer Research UK.

“The cancers most closely linked to alcohol consumption are those of the mouth, oesophagus, bowel, breast and throat,” she explains. The more you drink, the higher your risk because ethanol in alcohol is broken down into acetaldehyde which damages DNA and directly impacts cells that causes cancer.

See also  When do we go to daylight saving time?

Plus, “if you’re smoking and drinking at the same time, you’re increasing your risk of mouth and throat cancer because alcohol makes cells more responsive to the toxins in tobacco smoke,” she says. This effect is even in casual drinker/smokers, she asserts.

A pioneering Danish 2016 study of thousands of couples who had discontinued contraception in order to conceive found that tee-totallers got pregnant much sooner than even very light ‘social’ drinkers and they had a lower miscarriage rate.

Even where couples resort to IVF, a US study found that moderate drinking (half a bottle of wine a week) was associated with an 18 per reduction in success rates for women.

The ‘sperm cycle’ is 70 days, so the damaging effect of a serious binge may take a couple of months to improve, a more serious consideration for men over 40 whose sperm is already declining in quality.