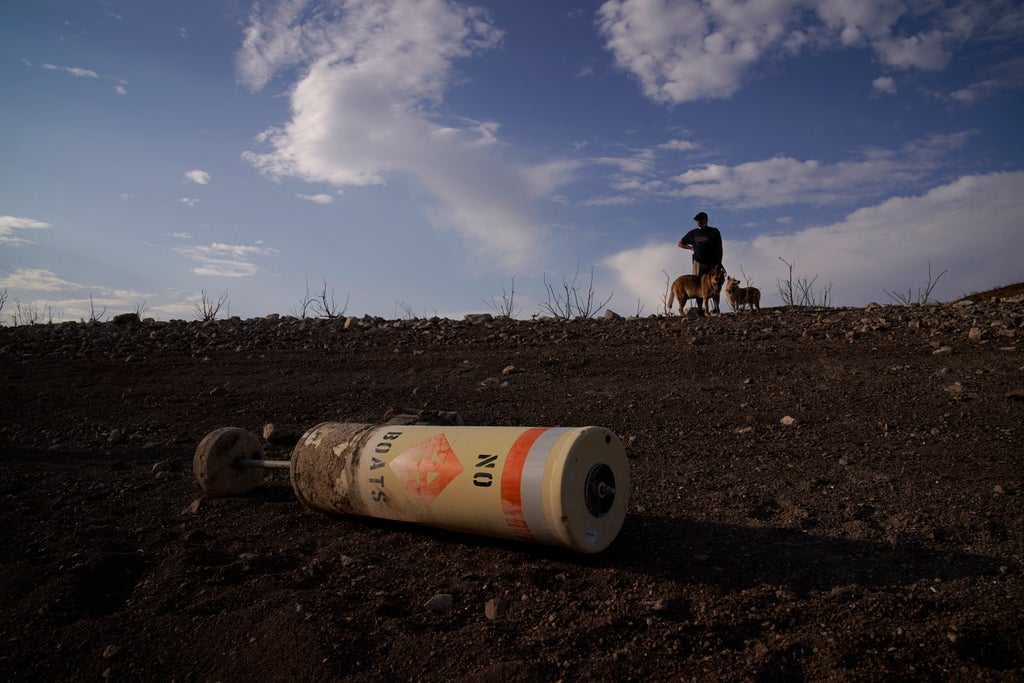 The current mega-drought gripping the US Southwest is the region’s driest period in 1,200 years, a new study has found.

The mega-drought – defined as one which lasts for 20 years or more – is the most severe since at least the year 800, due to soaring heat and low rainfall from summer 2020 until summer 2021.

According to the new study, published on Monday in the journal Nature Climate Change, the current mega-drought has exceeded one which occurred in the late 1500s.

The drought intensity was calculated using tree ring patterns, which provide insights about soil moisture levels each year over long timespans. The findings were checked against historical climate data for the area from southern Montana to northern Mexico, and the Pacific Ocean to the Rocky Mountains.

Since the start of the 21st century, the average soil moisture deficit was twice as severe as any drought of the 1900s, the researchers found, and greater than it was during even the driest parts of the most severe mega-droughts of the past 12 centuries. .

Geographer Park Williams, the study’s lead author at the University of California Los Angeles (UCLA), said that it could take several years with high precipitation to overcome the mega-drought.

“It’s extremely unlikely that this drought can be ended in one wet year,” he said in a statement.

Mega-droughts occurred repeatedly from 800 to 1600, the researchers discovered, which led them to believe that swings between dry and wet periods were taking place in the Southwest region prior to the climate crisis.

Existing climate models have shown that the current drought would have been dry even without global heating but not to the same extent.

The climate crisis, largely caused by the burning of fossil fuels, is responsible for about 42 per cent of the soil moisture deficit since 2000.

The rise in global temperatures, being driven by heat-trapping greenhouse gas emissions, increases evaporation which dries out soil and vegetation and leads to more severe droughts.

The average annual temperature of the Southwest increased 1.6F (0.9C) between 1901 and 2016, according to the latest US National Climate Assessment.

Currently 95 per cent of the West is in drought, according to the US Drought Monitor. In September 2021, Lake Powell and Lake Mead – two of the largest reservoirs in the US and both on the Colorado River – were at a combined 39 per cent capacity, down from 49 per cent the previous year. It is the lowest recorded levels since tracking began in 1906.

This summer, officials declared the first-ever shortage on the Colorado River which supplies water to 40 million people and sustain 4.5 million acres of agriculture.

In December, the states of Arizona, Nevada and California agreed to voluntarily reduce the amount of water being used from the Colorado River to prevent mandatory cutbacks in the coming years.

UCLA Professor Williams said that water conservation efforts that extend beyond times of drought will be needed to help ensure people have the water they need as drought conditions intensify due to the climate crisis.