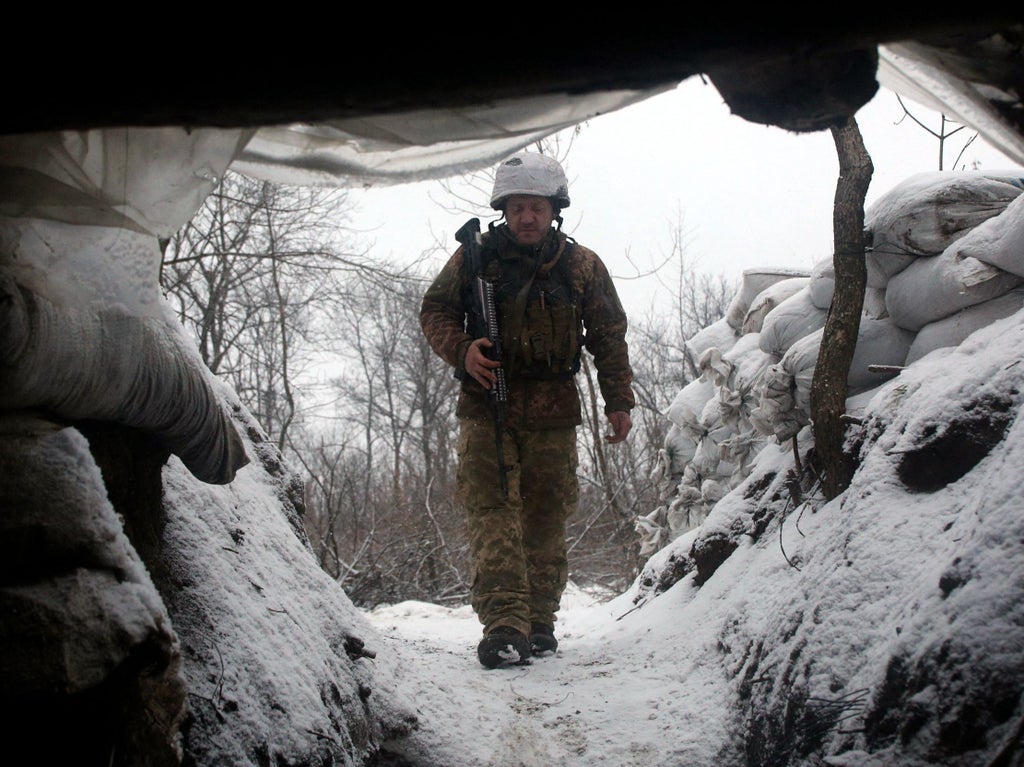 French President Emmanuel Macron told Russia it would “pay a heavy price” if an invasion of Ukraine took place.

“If there is an attack, there will be retaliation and the price [for Russia] it will be very high,” Macron said. He added that the recent talks were “God’s work” but still did not show clear results.

His comments came on another day of heated diplomatic discussions with British Prime Minister Boris Johnson, who also warned against any military action by Russia, saying it would be “tragic and futile”.

He told the House of Commons: “If Russia goes this way, many children of Russian mothers will not come home.”

Heappey said a “significant” number of people associated with “Russian military advance force operations” were already in the country before a possible invasion.

Despite growing fears of conflict, Ukraine’s leader, President Volodymyr Zelensky, said there was still hope for a peaceful resolution to the crisis and the situation in his country’s east was “under control.”

Russia has denied accusations that it plans to invade, though it has amassed troops around the border with Ukraine, encircling the nation on three sides.

Russia said on Tuesday it was watching with grave concern after the United States put 8,500 troops on alert to be ready to deploy to Europe in the event of an escalation.

The “large part” of the thousands of US troops placed on high alert is planned to reinforce the 40,000 multinational NATO troops already stationed in various Eastern European countries near the Russian border, according to the Pentagon spokesman, John Kirby.

US President Joe Biden and Johnson met by video conference with the leaders of NATO, the EU, Italy, Poland, France and Germany on Monday to discuss the current situation in Ukraine.

Speaking after the meeting, Biden said there was complete unity among European leaders.

Kremlin spokesman Dmitry Peskov accused Washington of fueling tensions over Ukraine, repeating Moscow’s line that the crisis is being driven by US and NATO actions and not its own accumulation of tens of thousands of troops near the border with Ukraine.

In addition to an increased troop buildup, Russia has also been threatened with harsh sanctions if military action continues.

Downing Street said diplomatic discussions with Russia remain the first priority, but that the nation would be hit with “swift retribution responses” if there is a “further Russian incursion into Ukraine.”

Johnson had earlier warned that “dark” intelligence suggested Russia was planning a hit-and-run attack on the Ukrainian capital.

Peskov said the Russian president would speak this week with his French counterpart, Emmanuel Macron, who also plans to speak with the Ukrainian leader. Russia is also awaiting a written response from the United States this week to a list of security demands it has put forward, some of which Washington has dismissed as unacceptable.

Over the weekend, the UK announced that it would withdraw some embassy staff and their families from Ukraine, after the United States ordered relatives of US staff to leave the country. Germany and Australia are making similar moves.

Meanwhile, the United States said it has prepared supplies of natural gas to reach Europe in the event of a conflict. Russia is a major global supplier of gas and there are fears supplies could be cut off amid rising tensions.