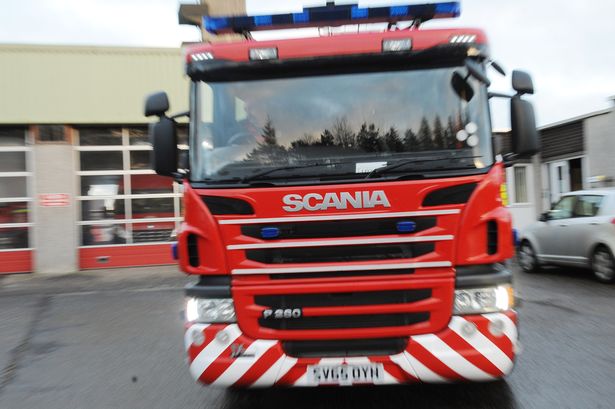 Community action to tackle the anti-social behavior around fireworks in West Lothian could now help set guidelines for communities across Scotland.

MSPs from the Scottish Parliament’s Criminal Justice Committee have visited Blackburn to hear how local people got together to tackle the annual bonfire night “war zone” of firework misuse.

In 2018 police attended multiple incidents in the town where gangs of youths threw fireworks at pedestrians and cars. Video footage published afterwards showed rockets exploding in a residential street after apparently being thrown at a police van.

There were also complaints of fireworks being hoarded in the days before bonfire night before being handed over to teens.

One householder said at the time that fireworks were being flung everywhere – except up into the sky.

Blackburn’s Bonfire Night Action Group was set up in the spring of the following year to address anti-social behavior during the bonfire season.

The action group – known by its initials BBNAG – works as a partnership between various organizations and groups.

The group has been successful in helping to reduce issues relating to anti-social behavior in Blackburn during bonfire season.

Members of the Scottish Parliament’s Criminal Justice Committee traveled to Blackburn last week to meet with the action group and local elected members.

The Holyrood committee is currently considering the Fireworks and Pyrotechnic Articles (Scotland) Bill, which will provide a framework for tackling anti-social behavior around fireworks.

Giving councils the powers to create firework control zones where fireworks cannot be used is one of the main parts of the Bill, which also looks at increasing police powers.

These include stop and search powers and the power to seize certain categories of fireworks. It could also be made illegal to buy and give certain fireworks to under 18s.

The Blackburn visit was also an opportunity for the committee members to hear directly from community representatives in an area that has been impacted by fireworks and who have successfully taken steps to address the issue.

BBNAG gave the committee a presentation on their work, a virtual walkabout to local hotspots and areas that have been affected by antisocial behavior related to the use of fireworks. BBNAG members and the Scottish Fire and Rescue Service.

There was also discussion around the proposed Bill itself.

Michelle Kirkbright from West Lothian Council’s Regeneration Service said: “The BBNAG is very much a partnership between groups and we’ve helped to deliver real improvements within Blackburn. We know that a lot of good work has gone on locally and we were more than happy to welcome the Criminal Justice Committee to Blackburn and let them hear about our experience.”

Community Council chair, Alison Kerr, also sits on the BBNAG and is Community Action Blackburn chair added: “The BBNAG got together in partnership to resolve the issues that we as a community endured before, during and after bonfire night. We have successfully put on diversionary activities since starting the BBNAG that have involved the wider community.

“The partnership approach that we have has led to our involvement in the Scottish Government’s Firework review working group. The visit from the Criminal Justice Committee for Scottish Parliament who are scrutinizing the draft bill was a very positive experience for everyone in attendance, including four young people from the Change in Blackburn group.”

Speaking after the visit, Criminal Justice Committee Convener, Audrey Nicoll MSP, said: “Making a new law is often a tricky balancing act, but hearing directly from a community helps us do our job as MSPs. We are hugely grateful to all in Blackburn’s Bonfire Night Action Group for sharing their experience with us. I know we’ll be taking our new knowledge with us back into the Committee Room and Chamber at Holyrood, as the proposals go forward in the coming weeks and months.”