West Ham vice-chairman Karren Brady today claimed Kurt Zouma has ‘no defence’ for kicking his cat before insisting the footballer is ‘extremely remorseful’.

Baroness Brady, 52, claimed Zouma is on a ‘journey of re-education and atonement’ after he was filmed kicking his terrified cat in footage posted to Snapchat by his brother Yoan.

The 27-year-old was fined two weeks’ wages, worth £250,000, which the club claim will be donated to animal charities.

The club’s manager David Moyes also suggested Zouma would also be given animal welfare lessons by the RSPCA.

But the charity today claimed it has not received any cash from the club and denied its involvement in helping the disgraced defender.

And despite Brady’s insistence the center back’s actions do not meet the standards of the ‘family club’, he will be allowed to play in tomorrow’s game against Leicester. 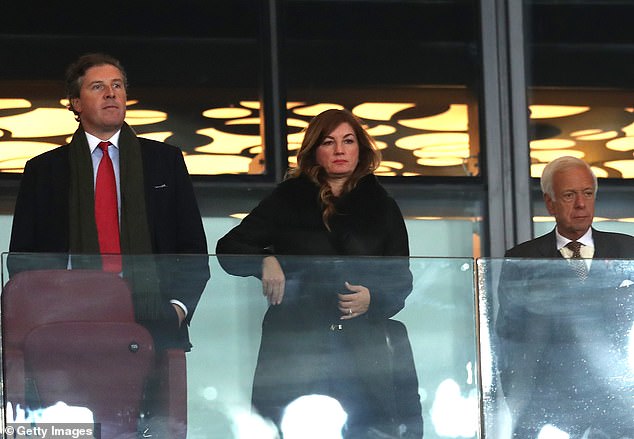 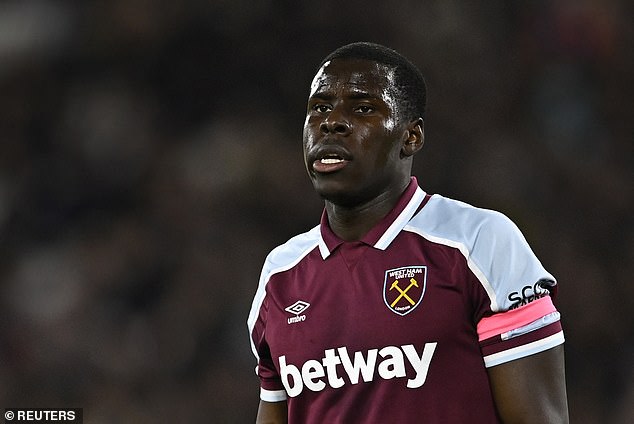 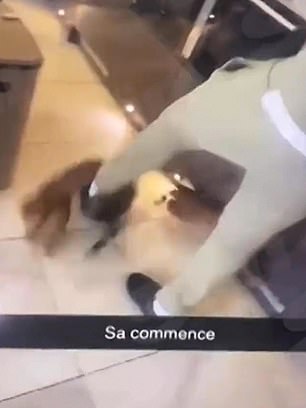 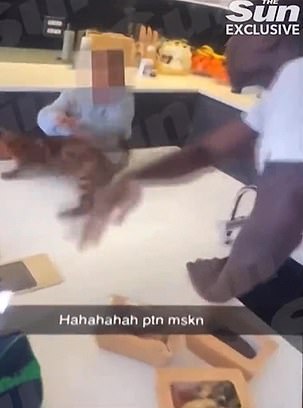 Zouma, has been widely condemned after a video emerged of him allegedly hitting the animal

Writing in her column for The Sun, she said: ‘Let me be absolutely clear — there is no defense for Kurt Zouma’s actions.’

She said she was ‘shocked’ by what she saw, adding: ‘Kurt’s behavior in no way reflected the standards and values ​​that we hold dear at West Ham United — and of course those of our pet-loving nation.

‘Our stance on this as a Club has been clear from the very outset — we unreservedly condemn his actions and would never condone any form of cruelty towards animals.

‘We have acted swiftly to fine him the maximum amount available to us.’

Brady also claimed the club’s values ​​extended to ‘second chances’ and revealed the importance of re-education at West Ham.

She said that West Ham were discussing ‘relevant educational programmes’ that could help the player and support the work of animal welfare charities.

Brady insisted that Zouma had shown ‘extreme remorse’ and ‘accepted this sanction immediately without reservation and was in full agreement that the funds be donated to ensure some good is done’. 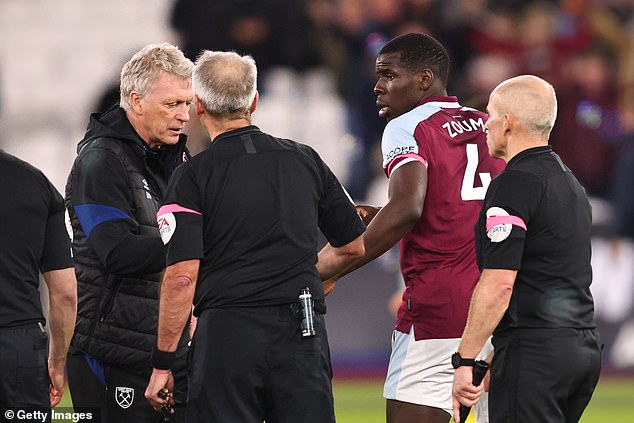 The RSPCA said it has not been offered or accepted a donation from the club and revealed it is still investigating Zouma’s actions.

It said there have been no plans to offer the player animal welfare courses while the investigation is underway.

An RSPCA spokesperson said: ‘Two cats are in our care, have been seen by a vet and are being well looked after.

‘They will remain in our care while the investigation continues and are not available for rehoming although we have lots of beautiful cats who are looking for new homes: www.rspca.org.uk/findapet.

‘We understand the high level of interest in this incident and can reassure you that our experienced officers are carrying out a full and thorough investigation.

‘Due to the fact that this is a live investigation, we are limited in what we can say, however we will provide updates when we are able.’ 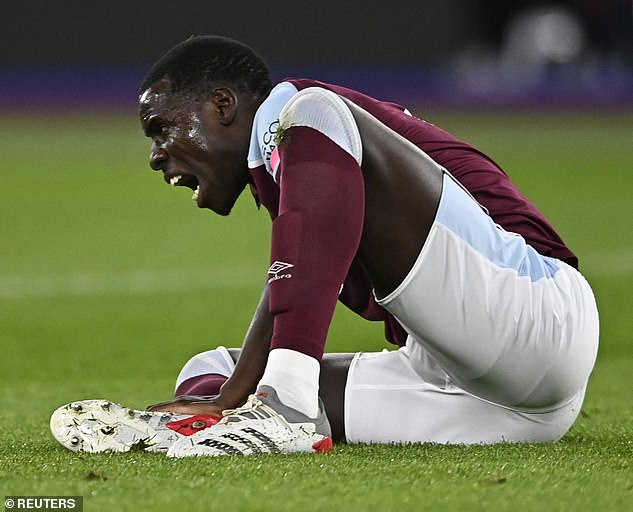 Adidas confirmed Zouma has lost his boot sponsorship, with the company saying he ‘is no longer a contracted athlete’.

Zouma has been slammed by Brigitte Bardot and French politician Marine Le Pen, but the Champions League-chasing club have shockingly continued to play him despite the ferocious backlash.

Moyes received mass backlash after starting Zouma in Tuesday’s 1-0 win against Watford, less than 24 hours after the videos surfaced.

But the 58-year-old defended his decision and has confirmed he is also available for Sunday’s clash with Leicester City.

‘We all make mistakes in life,’ Moyes said ahead of Saturday’s trip to the King Power Stadium. ‘I am not condoning his actions from him. We all accepted they were diabolical. But we’ve chosen to play him and I stand by that.

‘We’ll send him to the RSPCA who are going to help him — just like if somebody had a drink-driving offence, we’d get them help. We’d hope those people would get better and never do that again.

‘He is really remorseful and disappointed in his actions. There will be reactions at football grounds, which he will have to expect and rightly so. He played the other night and I thought the West Ham supporters gave him a good reception.

‘Kurt knows he has made mistakes and he will have to take his punishment. We’ve punished him as a club as much as we feel is right to do. We know there could be other sanctions as well. We’ll try to do everything for him.

‘I understand how people feel. I really do. But now we’re asking for a bit of forgiveness from everybody. We all make mistakes.’

Meanwhile, Kurt Zouma’s brother Yoan, who plays for Dagenham & Redbridge, has been suspended by his own football team.