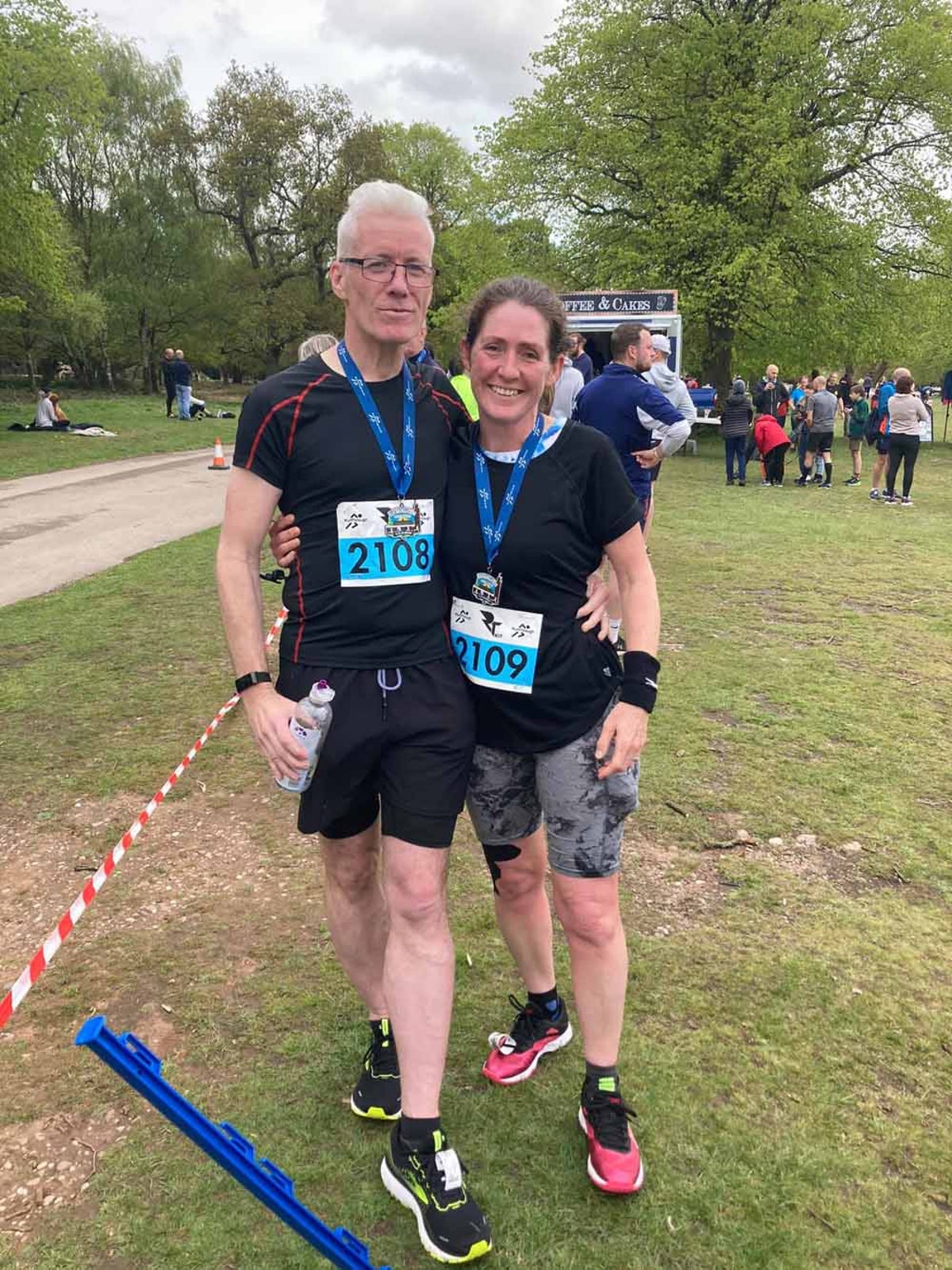 A “snack addict” who kept a “crisp cupboard” under the stairs shed 4st 7lb after turning 50 to give himself a chance at living for another half a century.

Horrified when he tipped the scales at 16st 13.5lb after his landmark birthday in June 2020, Mike Hicks, now 52, ​​joined a weight loss app and kicked munching between meals into touch.

Mike, who works in sales learning and lives with his nursery worker wife, Joanne, 47, and their children, hospitality worker Jessica, 26, and administrator Isabelle, 23, in Coventry, Warwickshire, said: “I’d just turned 50 and was really starting to think about my health.”

He added: “I’d also seen a photo of me topless on holiday and thought to myself, ‘I need to lose weight.’

“Then I tried on a pair of shorts that fitted me the previous year, but I struggled to get them over my thighs.

He added: “I had a few friends who had experienced recent health scares and that was another reality check. I guess it all just came to a head.

“I’d quite like to be here for the next 50 years too, but I needed to do something about my health if that was to happen.”

He said: “I drive around a lot for my job, so I’d often find myself stopping at a service station and grabbing a sandwich, crisps and full fat Coca-Cola, or I’d fill up on fast food on the road .

“Then, when I was in the office, I’d snack a lot at the vending machines.

“When eating out, I’d always go for the unhealthiest and creamiest dishes, but I’m much more conscious of what I eat in restaurants now.”

But his 50th birthday wake-up call was not the first time Mike had tried to battle his bulges.

He said: “I had tried diets like Atkins before, but they only worked in the short-term.

“I found diets like these put me in a foul mood for large parts of the week due to hunger and tiredness, so that was not suitable for me.”

He added: “I’d read an article about a weight loss app called Noom, so decided to give it a try, but one of the first things it asked me was for my weight and I realized I had absolutely no idea how much I weighed.”

He said: “I was really shocked when I saw that. I wasn’t expecting it, but it only fueled my motivation to change.”

He added: “The app teaches you the psychology behind eating habits and it’s really about making small incremental changes, as opposed to making one big change.

“It helps you discover things about why you want to make differences and gives you some suggestions as to how you might make that change.

“It really appealed to me and I think it worked very well.”

Mike set himself a goal to lose 2st by Christmas.

He said: “I did that and then some. I ended up losing 4st in three months.

“I honestly didn’t expect it to be as easy as it was, but I just started implementing small changes to my diet and routine.”

He added: “I took up running as the gyms were still closed because of Covid and I started to cut back on the snacks.

“I had a cupboard under the stairs which was essentially my crisp cupboard. It wasn’t just once a day, I’d snack on them three or four times a day and often it wasn’t really associated with any hunger at all.

“So, I did away with all that and instead, I snacked on nuts and fruit.”

He said: “I weighed myself on a set of scales in the bathroom every day, but I also introduced scales in the kitchen to weigh out my portions.

“I think a big factor in my weight gain wasn’t just what I was choosing to eat, but also how much I was eating. My portions were too big.”

He said: “I couldn’t believe how fast the weight plummeted. It was a real indication that I was on the right path, but it was still a bit of a shock.

“I originally lost over 5st, but I’ve since put on a bit of weight, so my weight loss is now at just over 4st 7lb.”

He added: “Weight naturally fluctuates, which is something I’ve had to get used to, as I regularly weigh in. The first time I saw that my weight had gone up I was frustrated but I had persevered.

“I now weigh around 12st and have a healthy BMI of 24. My family are really proud of my progress and I feel fit and healthy, which is the main thing.

“It’s also enabled me to do more things, I’d never ran until two years ago and I’ve now done multiple half-marathons, 10k runs, and one marathon.”

He added: “I’ve been astonished at how I was able to lose the weight and how achievable it was with the right mindset.

“Ultimately, you have to want to do it for yourself, if you really want it to happen.