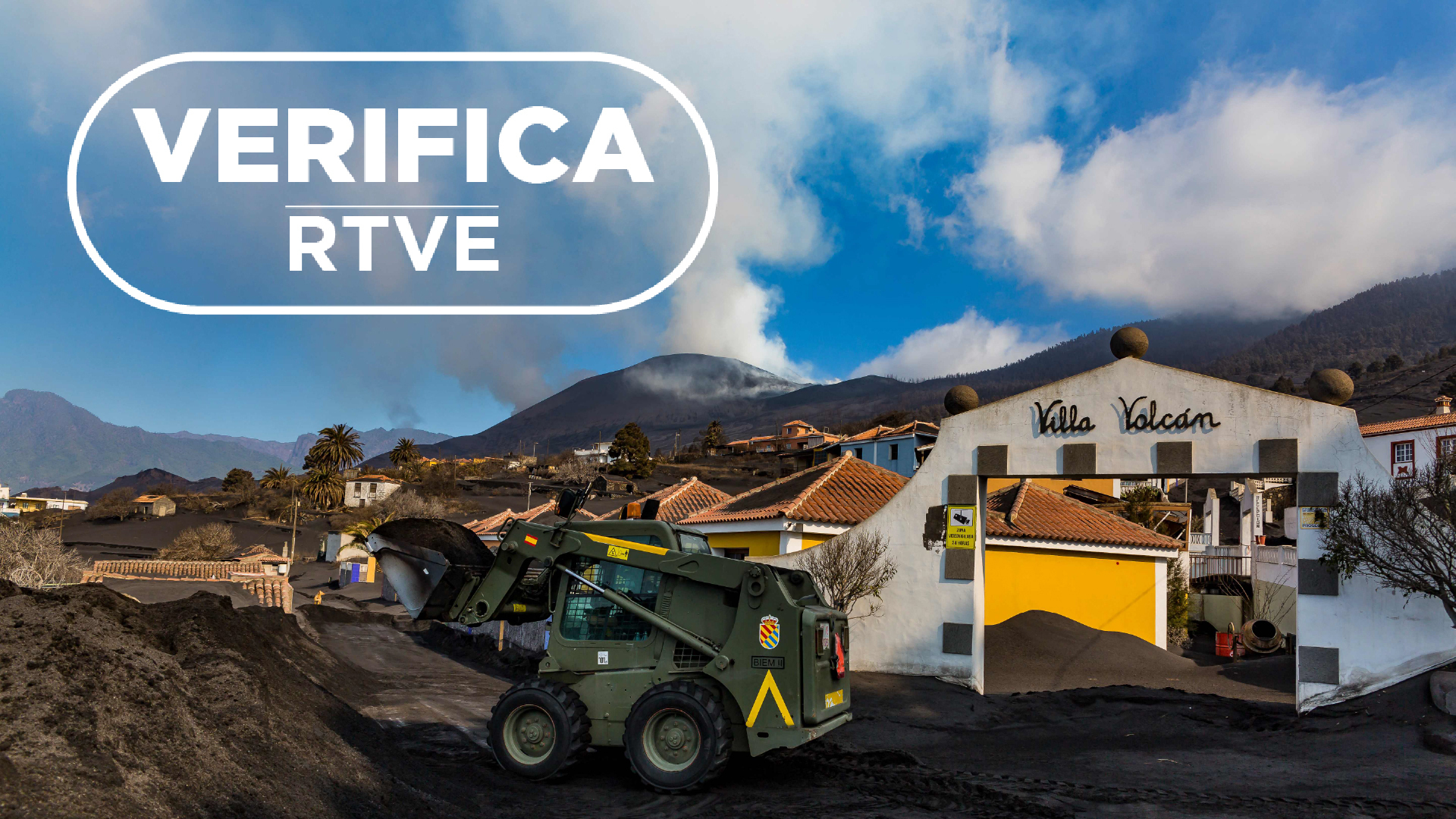 The eruption of the Cumbre Vieja volcano has caused considerable material damage on La Palma and has led to the eviction of thousands of people on the island. The Government has announced measures worth 399.7 million and ensures that it has already mobilized 138 million of these aid. In VerificaRTVE we tell you what aid has been announced and granted and we deny the misinformation about these initiatives.

The hoaxes about aid to La Palma

In social networks we have observed messages that ensure that the Government has announced that there will be “no aid to La Palma until after the Christmas holidays”. “It is not urgent,” says a message on Twitter with more than 2,900 retweets. It’s a hoax. The Government has approved aid for the eruption in September, October, November and the latest on December 17.

Messages also circulate on Twitter and Telegram saying that the Government “has excluded the self-employed from the Canary Islands.” It’s false. This decree of the Executive on September 28 includes aid for this group, such as the five months of benefit for cessation of activity.

Other messages indicate that the Executive has given the unions “63 million euros” reserved for aid due to the eruption of La Palma. It is not true. The Government has approved to deliver 63 million euros to the Canary Islands Executive for the Canary Islands Employment Service to launch a Special Training and Employment Plan. In VerificaRTVE we have already denied you other hoaxes related to the La Palma eruption, such as the one that presented images of lava flows that were actually from an Icelandic volcano

See also  The Djokovic case: all the keys to the episode that has world tennis in check | sports

The aid announced by the Government

The first aid package was announced by the Prime Minister, Pedro Sánchez, on September 24. The Special Plan for the Reconstruction of La Palma declared La Palma as an area seriously affected by a civil protection emergency (ZAEPC) and included 10.5 million grants to co-finance the purchase of homes and fixtures for the victims.

The Executive ratified two days later Extraordinary measures of Social Security for the self-employed, so that they can receive five months of benefits for cessation of activity, and approved on September 30 a package of tax, organizational and management measures as a result of the volcanic eruption.

The largest aid package for La Palma, worth 214 million, arrived on October 5, with subsidies and direct aid to alleviate damages and actions for the economic, labor and social reconstruction of the island. This package includes an Employment Plan of 63 million, aid for damage to homes of up to 30,240 euros and 20.8 million to alleviate damage to agricultural and livestock operations. It also includes 500,000 euros of subsidy to the Cabildo de La Palma for emergency works on the road network, 500,000 euros for attention to victims of gender violence and 500,000 euros for social services.

The following aid package was approved by the Council of Ministers on November 23, with 4 million for actions to supply water for irrigation, and on November 30 it allocated 9 million in aid to local entities, families and institutions affected by the eruption. . At the research level, the Executive ratified 2.5 million euros in grants for scientific research related to the eruption in December.

The latest aid package announced arrives at the Council of Ministers on December 17, with 17.5 million to support the self-employed and SMEs Y 12 million to compensate for damages suffered by farmers and ranchers. The plan includes a grant of 17.6 million to the Canary Islands to finance tourism activities (4.6 million) and to support small and medium-sized companies (13 million). It contemplates allocating 1.5 million annually to finance the Consortium of the Canary Islands Oceanic Platform (PLOCAN) from 2022 to 2028 and raises aid for loss of housing from 30,000 to 60,480 euros.

The 10.5 million in aid to co-finance the purchase of homes and fixtures that the Government announced at the end of September was transferred to the Executive of the Canary Islands in October. The Canary Islands used these funds for the purchase of the first 18 homes in Tazacorte and Fuencaliente for those affected by the eruption for 1.12 million euros, as confirmed by the Assistance Coordination Office. The Canarian Government closed in December the acquisition of another 46 homes in Tazacorte for evicted people by the eruption. Of the total number of homes purchased, To date, the Canarian Government has delivered 25 properties to families who lost their homes due to the eruption.

In addition, the regional Executive bought in November 30 modular homes for 1.7 million to house homeless families but has not yet delivered any. The assembly of the first prefabricated houses began on December 15.

In labor matters, the 63 million approved in October by the Government for the Canary Islands to promote an extraordinary employment plan for La Palma are available to the Canary Islands Employment Service, after the signing of an agreement with the SEPE. The regional executive has already approved the first measures of this plan and will present them on December 20.

In agricultural and fisheries matters, the central government has already given the Canary Islands 14.5 million that the regional Executive has allocated to aid the primary sector (fishing, livestock and agriculture). These funds derive from the decree approved on October 5.

In addition to state aid, the regional government in October allocated 4.7 million euros to the purchase of two portable desalination plants that it sent to Puerto Naos to guarantee the irrigation of crops isolated by lava and the Ministry of Economy granted on November 10 million euros in subsidies to companies and the self-employed in 2021. For its part, the National Distance Education University (UNED) approved on October 26 the exemption from payment for studies to registered students of the municipalities affected by the volcano.

The economic aid approved by the Government in the Council of Ministers since the beginning of the Cumbre Vieja eruption totaled 399.7 million, of which less than half, 138 million, have been mobilized. The aid appears in the Official State Gazette (BOE) and most of the funds are assigned to the Canarian Government, which must then be carried out, as is the case with co-financed homes and with the employment plan.