Skip to content
Home News We premiere the teaser trailer for ‘One year, one night’, life after the Bataclan attack


RTVE.es premieres the teaser trailer for one year one night, Isaki Lacuesta’s new film (Between two waters, The double steps) that will participate in the official section of the Berlinale. The film tells the story of love and overcoming a group of survivors of the Bataclan theater attack.

In one year one nightLacuesta deals with an emotional story of love and overcoming, starring Nahuel Perez Biscayart (The Persian teacher, 120 beats per minute), Noemie Merlant (Portrait of a Woman on Fire, Curious), Quim Gutierrez (Advantages of traveling by train, Cousins) Y Alba Guilera (Trauma), who play the two lead couples. Through them we will know ethical questions, personal relationships and trauma who they must face, one year after the tragic attack on the Bataclan room.

The cast is completed by the actress Natalie de Molina (Girls, Goodbye), Enric Auquer (Who kills with iron, The invisible line) and the singer C. Tanganawho debuted as an actor.

Lacuesta will arrive at the Berlinale endorsed by the international recognition of his previous directing works, which have been recognized with the two Golden Shells at the San Sebastián International Film Festival (ANDbetween two waters, the double steps), the awards at the Mar del Plata Film Festival (Between two waters), Guadalajara Film Festival (the double steps), among many others. In addition, his films have been screened at festivals around the world and at art centers such as the MOMA in New York, the Lincoln Center, the Anthology Film Archives (New York), or the CCCB.

One Year, One Night account script of Fran Araújo, Isa Campo and Isaki Lacuestaand is based on the book Peace, love and death metal, from Ramon Gonzalez, survivor of the terrorist attack on the Bataclan concert hall. The film is produced by Ramon Campos (Malasaña 32, The summer we live) for Mr. Fields and Friends and Jérôme Vidal (mother, real) for Noodles Production.

Two Spanish films compete at the Berlinale: “Alcarràs” and ‘One year, one night’

A couple of survivors who will try to resume their lives

one year one night is the story of Ramón and Céline, a young couple attending the Bataclan concert on the night of November 13, 2015.

During the terrorist assault Céline and Ramón manage to reach the musicians’ dressing room separately and take refuge there for hours until their release. They manage to save themselves, but when they leave they are no longer the same. And they don’t know if they can be again.

That night that everyone lived differently leaves a deep imprint on their lives and burdens them with an unexpected identity as victims that everyone copes as best they can. Céline with a flight forward, rejecting her, clinging to the previous life of her and Ramón with a repeated return to that moment, to catch it and endure it and face a key question: how do you want to live in the future?

In the year after the attack, the couple tries to resynchronizeto be connected again as before to what they should never have lived.

one year one night is an international co-production of Mr Fields and Friends, Bambú productions, La Termita Films and Noodles production (France), with the participation of TVE, Movistar+, TVC, with the support of the ICAA, ICEC, Euroimages and the distribution of BTeam. 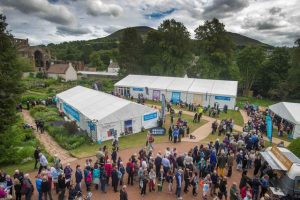