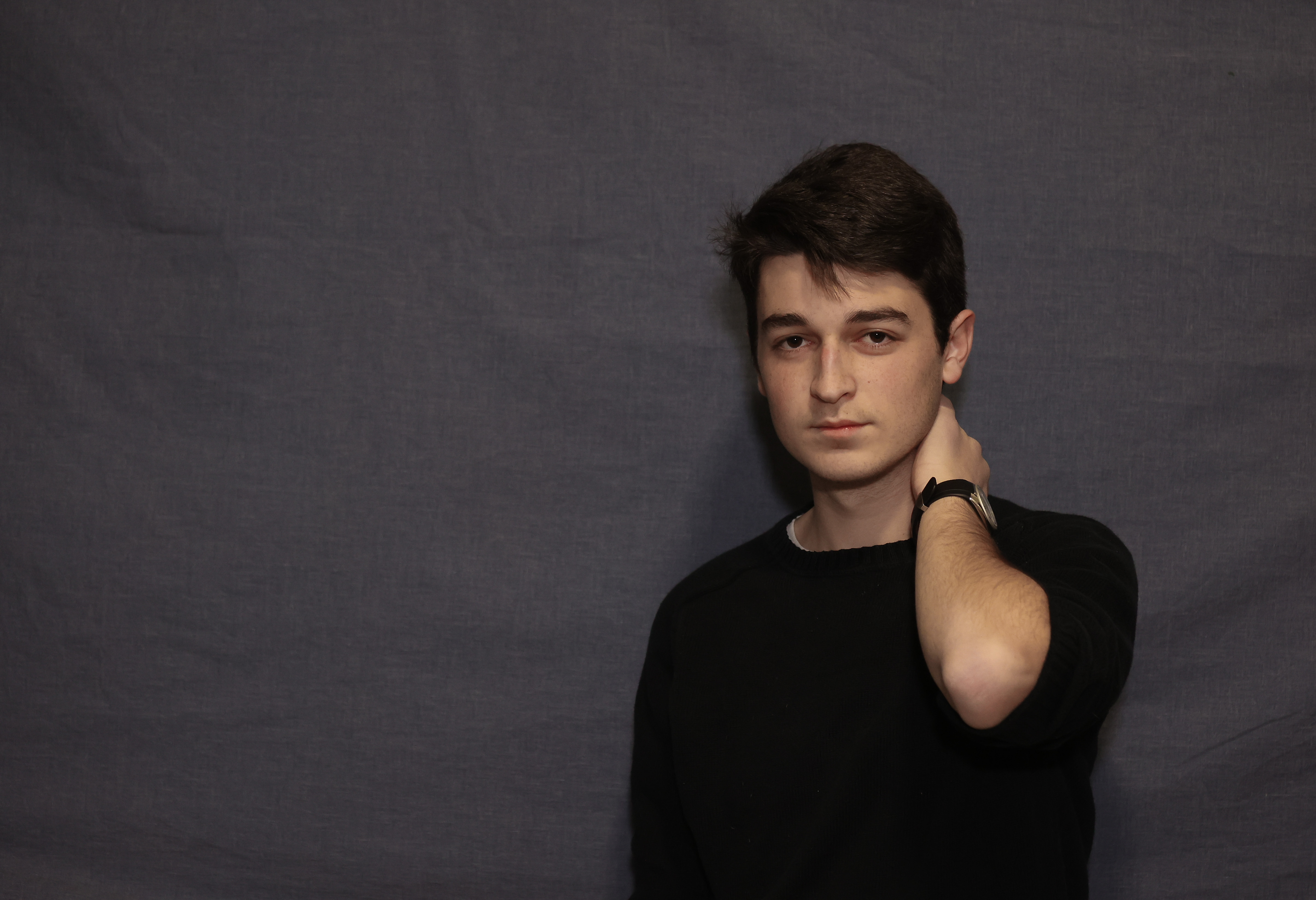 At the age of 19, this boy from Briviesca (Burgos) who did an international baccalaureate in Norway fights against climate change and those who perpetrate it, laments the Anthropocene era, collaborates with UNESCO, studies at the prestigious Sciences Po in Paris and has represented Spain at various summits. One fine day he went to the United Nations General Assembly to see what was going on, and there he understood everything. Worse. And he told his disappointment in an unfiltered book, Shout what is quiet (On the Efforts of Public Service).

Question. In her prologue, the philosopher Marina Garcés calls him “the messenger of bad news”. Is it recognized?

Answer. I do not know if it is bad news, the bad news has already been given, rather it is a reminder. I echo the world we find ourselves in, and the situation is catastrophic. It is that species of birds disappear every day, and the ecosystems that we are losing.

P. It seems that one can only be pessimistic …

R. It is already well to consider if they are optimistic or pessimistic speeches. It is ridiculous to dye reality with black tints as if it were a Greek tragedy or with rainbow tints as if everything were going to turn out well.

R. Indeed, and we can only measure ourselves with the crisis if we recognize its real dimension. Gramsci says that we have to combine the pessimism of reason with the optimism of the heart. And I subscribe to it.

P. How will we tell our children in 500 years the stupidity of the Anthropocene?

R. It is difficult… because, to begin with, how sensitive would those children have?

P. Or what other anthropocenes have elapsed?

R. That. The main battle right now is cultural, and above all emotional. Human beings have to reconnect with nature. Data and figures do not hurt us, we do not feel them, they slip us. If we don’t have that contact with nature … it won’t hurt to destroy it, we won’t even notice it.

P. You maintain that we do not have good narratives to stop the disaster, what do you mean?

R. That we have tried to talk about this through great stories, that if the polar bear is dying and such, but we have to go back to the local, and tell the environment that we are destroying. Unfortunately, in Spain we have plenty of examples.

P. Our mouths fill that the cheetah and the polar bear are in danger, but we go to the country and throw beer cans on the ground, or worse, we have a barbecue and we burn the forest.

R. Because we don’t feel nature. We have uprooted ourselves from it, not only as a general entity, but as a close environment. You go to the countryside and are still imbued by new technologies and by cultural references from the big city and the big brands.

P. As in everything, the necessary ‘chip’ change has to do with education, right?

R. Let’s see, the education of children is key, but its practical impact is not seen many times until after a few decades, when they are the ones who make the decisions of tomorrow … but by then it will be too late. Education yes, but not only in the classroom, but in the citizen and in the models of life, and from now on.

R. Resignation is the main problem of our time. Well I call it impotence. That feeling that nothing can be done. I don’t know if it’s comfort or frustration. And this is true for all civil struggles today. It seems like we can’t imagine tomorrow. You have to give people tools so that they can transform their environment.

P. Shouldn’t we start by injecting the DNA of the long or medium term, in the face of the overwhelming short-termism that governs everything, political action, but also our own habits?

R. Well, if we have that short-termism in our DNA, let’s fight for the short term! Let’s fight for the changes in the ecosocial to start tomorrow! Now seriously, until yesterday we believed that climate change was not going to affect us. False: we are undergoing a brutal acceleration process in our loss of biodiversity and in the violence of the weather. This summer 200 people died in Germany and Belgium, the heart of developed Europe, where we believed we were invincible! By floods. Every year seven million people in the world die from air pollution. The short term is already.

P. You insist on the concept of “ecosocial crisis”, beyond the climatic and ecological… why?

R. This natural crisis … is very unnatural, it has to do with how we have beaten nature through an extractivist and neoliberal model. The way we live our lives is a spiritually capitalist way: productivity, consumption, stimuli, inequality. We cannot talk about climate justice without social justice, they go hand in hand. And we can do it. It is time for the great change – energy and ecological transition – and we have everything to do it: knowledge, tools, technology, we have everything … except courage. We have a lot of science, what we don’t have is conscience. And what we don’t have are excuses either.

P. Doesn’t a right-wing environmentalist fit in your head? A green capitalism?

R. To define an environmentalist, the first thing is to define his feeling. And it is true that it is a more common feeling in groups on the left, but there are no environmentalists on the right or on the left. Without going any further, sometimes you come across Catholic groups that are absolutely horrified by the ecosocial crisis, because they believe that if God created the planet like this, human beings have no right to destroy it. This crisis does not understand identities. And by the way, from that paradigm we could rebuild our society, destroyed by so many years of divisions.

P. Do you think that large companies – beyond the pose, because they all claim to be sustainable overnight – are willing to compromise if it affects their income statement?

R. Big capital has known about this eco-social crisis for a long time. And since the 1960s it has been actively funding unscientific denial campaigns, only to continue to make money while destroying millions of lives. And that is something to be condemned. They are just waiting for selling green energy to be more profitable than selling fossil energy. But it is that at some point all this will stop being beneficial for these companies! When there are no materials to extract or anything to sell and there are enormous social tensions because people cannot consume and take to the streets … what will be the benefit? And of course, what cannot be is that in the last COP 26 the largest delegation was neither that of the United States nor that of the European Union, but that of the lobbies of the oil companies, which have had much more influence than we want to accept in the final resolution of the summit. Our future, which is collective, is being appropriated by a small elite, and we cannot allow that.

P. In his book he criticizes “the climate spectacle” and proposes “to dismantle the histrionics of climate action.” Do you think there are people making careers with climate activism?

R. I went to the general assembly of the United Nations naively, thinking that this would be the panacea. And I saw that it was that, a climatic show, a great theater in the world where messages were launched full of false hopes that were later replicated by all the media. And then there are the climate activists themselves, who seem very comfortable in front of a microphone spouting messages and data that we all already know.

P. When you talk about histrionics in the climate fight, you are mostly talking about Greta Thunberg, right?

R. The phenomenon of the climatic spectacle is exemplified in it. Why has she been the one who has had the most impact and not activists who are doing incredible things, for example in the Sahara with the theme of the Great Green Wall? Not even God talks about it. Greta’s is a speech that shakes consciences but does not say what to do, much less what not to do, it is a comfortable speech, and that is why he has had so much the word at climate summits, where there is a clear discrimination of narratives.

P. Among the “radical and forceful actions” of which you speak, is there civil disobedience?

R. Civil disobedience is a fact, it has already arrived, and it can be effective. If the system is being systematically destroyed, let’s systematically prevent the system. General strike, occupation of the streets … people want a future and there is going to come a time when they will revolt against those who are taking it from them. In Spain we have not seen much but in other places like the United Kingdom, yes. Never has so much been at stake and never has there been so little response from civil society. If we were truly aware of the problem, we would not be talking in front of a cafe.