Skip to content
Home News ‘We had no rules’: Ex-Trump press secretary not surprised that top secret documents discovered at Mar-a-Lago 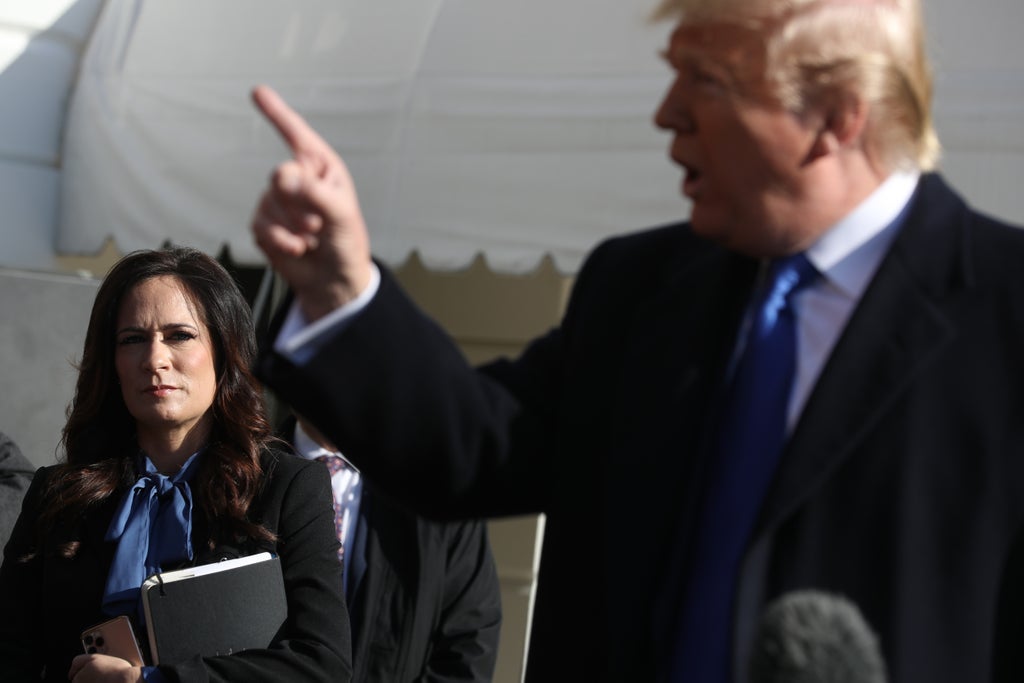 Washington Post reported on Thursday that some of the White House documents that Mr Trump took to Mar-a-Lago were plainly marked as classified and that the improperly moved documents included some at the top-secret level.

“I wasn’t surprised when I saw the report,” Ms Grisham told CNN on Friday. “I think that what’s important is this is another example of a White House and an administration that just – we had no rules. We followed no rules.

“I do think it should be looked into, but there’s going to be a lot that goes into it. They may have been marked top secret but had the president declassified them? Who packed them? What was the intent there? Was everything really returned?” she added.

“I think this is also another example of what we do not want, ever, back in our government at the highest level in the White House again,” Ms Grisham said.

The former press secretary said she thought Mr Trump’s habit of tearing up documents was a “nervous tick”.

“He always tore everything up,” she said.

“I do recall on a flight we were headed to the Middle East on one of our surprise Christmas troop visits and I was sitting behind him watching him because there was nothing else to watch. And he was going through his boxes of him and he was keeping some things in a folder, he was signing some things, ”Ms Grisham told the cable news network.

“And I remember at the time just thinking I wonder why that’s going in his pocket, rather on the floor? There weren’t alarm bells for me at the time because I was so used to seeing it,” Ms Grisham said. “But I distinctly remember wondering why those torn-up pieces went into his jacket from him. Maybe they were to be flushed down a toilet later. I don’t know.”

Numerous reports have stated that White House aides would find documents clogging toilets and that they thought that it was Mr Trump’s doing.

Ms Grisham said the story about documents being found in toilets was “news to me”, but she added that “it did not surprise me at all”.

“You have to remember that the former president is a very, very paranoid man. And so that didn’t surprise me at all, which is pretty bonkers, honestly,” she added.

“He didn’t trust the people around him… There were just times when he would want to do things alone,” she added.

“He was just a paranoid man. And for me, he was always that way so it didn’t set alarm bells off. But now that I’ve kind of stepped back and taken a break from this cult-like atmosphere, I’m now seeing how crazy and strange it all really was,” she said.

Mr Trump “loved to tear up those documents,” Ms Manigault Newman told MSNBC after the Washington Post reported that the National Archives recovered 15 boxes of documents that Mr Trump had wrongly shipped to his Florida residence.

The former adviser said that there are “certainly things that I’m sure cannot be accounted for because Donald Trump became very, very aware that a lot of these sensitive documents would at some point be made public”.

“Despues de [Trump fixer] Michael Cohen left the office and I walked into the Oval, Donald, in my view, was chewing what he had just torn up,” she told MSNBC. “It was very bizarre because he is a germophobe he never puts paper in his mouth.”