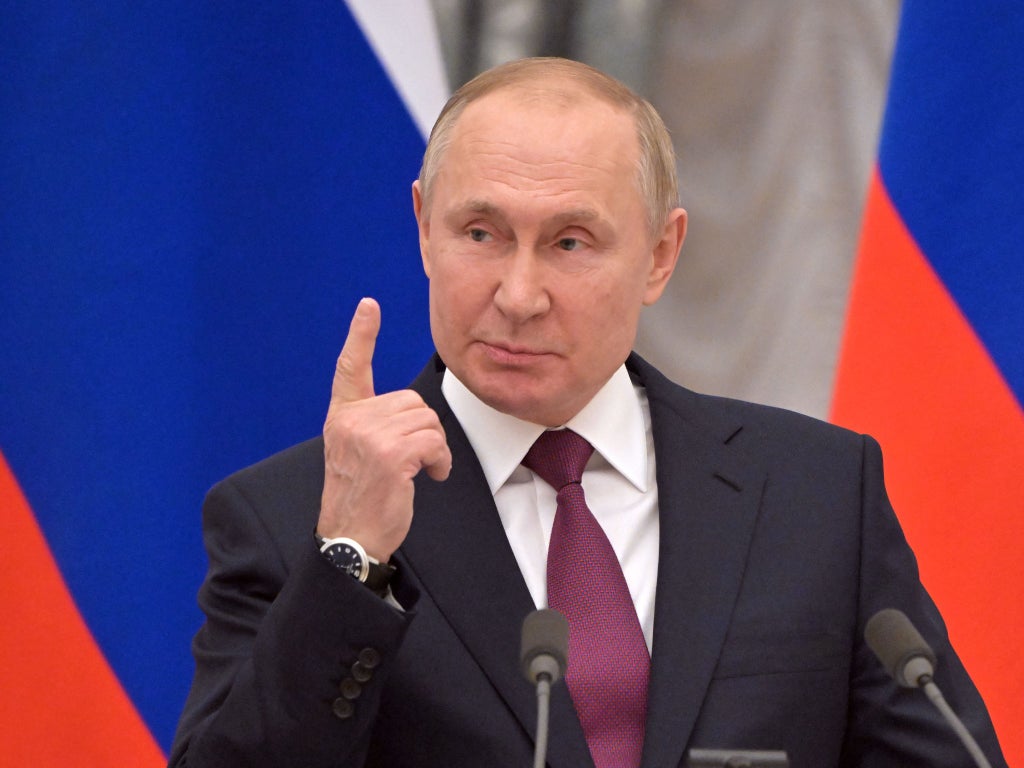 A day which began with flickering hopes of peace after Russia announced that it had begun to withdraw troops from Ukraine’s borders ended with the west accusing Moscow of failing to carry out any genuine de-escalation.

The Kremlin declared that the reduction of forces embarrassed the US and its allies who had claimed a Russian attack will start on Wednesday, 16th February. “15 February 2022 will go into history as the day western war propaganda failed. They have been disgraced and destroyed without a single shot being fired,” said Maria Zakharova, the foreign ministry spokesperson.

But Jens Stoltenberg, the Nato Secretary General, said that what was needed was “significant and enduring withdrawal significant and enduring withdrawal of forces, troops and not least, heavy equipment”. He pointed out that the Russians had in the past moved forces out, leaving weapons behind, only to move them back when Moscow wanted to turn pressure back on Ukraine.

“So far we have not seen any de-escalation on the ground from the Russian side. Over the last weeks and days, we have seen the opposite,” said Mr Stoltenberg. The US ambassador to the United Nations, Linda Thomas-Greenfield, later said that Washington “not seen evidence” of a withdrawal yet either.

In London, Boris Johnson said that “intelligence that we are seeing today is still not encouraging”, with Russian field hospitals being built close to Belarus’ border with Ukraine which could only be “constructed as preparation for an invasion…You have more battalion tactical groups being brought closer to the border”.

The intelligence the British prime minister referred to was presented by western officials on Monday who claimed that more than 60 per cent of the Russia’s ground combat power, half of its air force, and significant proportion of it special forces, will take part in an invasion of Ukraine on a massive scale if Vladimir Putin decides to attack. Multiple offensives are being planned, they claimed, along the country’s borders, with Kyiv the main target with a Kremlin-backed regime installed if the capital is captured.

The officials maintained on Tuesday that nothing had changed in their assessment of the threat, although one added that there was a need “not to be fixed on dates” – with the Russians having an extended window to start military operations. A US security official who had been part of a team carrying out separate assessments said “nothing has changed in the last 24 hours to indicate that Russian motivation, aims and planning has changed. “

However, both Mr Stoltenberg and Mr Johnson said they were encouraged by statements by senior officials in Moscow that Russia was open to further negotiations. Mr Johnson said that there were “mixed messages” coming from Moscow and there were chances of a “diplomatic opening”. Mr Stoltenberg said “we believe there is some ground for cautious optimism based on the signals and signs coming from Moscow, that they are ready to engage in a diplomatic effort and we are ready to continue to engage in a diplomatic effort.”

Mr Johnson later spoke to European Commission President Ursula von der Leyen, with the prime minister saying that “more could be done to strengthen coordinated measures” against Russia if an invasion were to take place. The pair agreed that “the world needed to remain vigilant in the coming hours and days,” according to Downing Street.

A steady stream of Western leaders has been going to see Mr Putin in Moscow as the crisis has escalated. Olaf Scholz, the German Chancellor wanted to stress after meeting the Russian President “the diplomatic possibilities are far from exhausted, that we hear now some troops have withdrawn is a good sign, we hope more will follow. It should be possible to find a solution. No matter how difficult and serious the situation seems to be, I refuse to say it is hopeless.”

President Putin stated that Russia did not want war and he was ready for talks with US and Nato on limits for missile deployments and military transparency. However, he reiterated that the West had not addressed Russia’s security concern and that just assurances that Ukraine would not join Nato anytime soon was not enough. Moscow wants a guarantee that Kiev will never become part of the Alliance.

Elsewhere, Ukraine’s defense ministry and two banks came under a cyber attack that shut access to the ministry’s website. The Ukrainian Center for Strategic Communications and Information Security, which is part of the culture ministry, seemingly pointing the finger towards Moscow. “It is not ruled out that the aggressor used tactics of little dirty tricks because his aggressive plans are not working out on a large scale,” it said.

In a separate development the Russian Duma called on Mr Putin to recognize the separatist republics of Donetsk and Luhansk as independent – ​​something the Kremlin has stopped from doing so far. Mr Scholz stressed that such a move would mean the end of the Minsk Agreement which was meant to settle the conflict between Kyiv and the separatists. The German chancellor also later rebuked Mr Putin for referring to the treatment of ethnic Russians in eastern Ukraine as “genocide” – a claim the Russian president has made before as part of his hardening rhetoric about Ukraine.

Meanwhile, wargames between Russian and Belarus forces, “Union Resolve” is reaching its busiest phase. The Ukrainian government has announced that its own military exercises, ‘Snowstorm’ – on their side of the border on Wednesday.