Skip to content
Home News “We do not serve the Canary Islands”. The odyssey of buying through Amazon from the archipelago | Technology 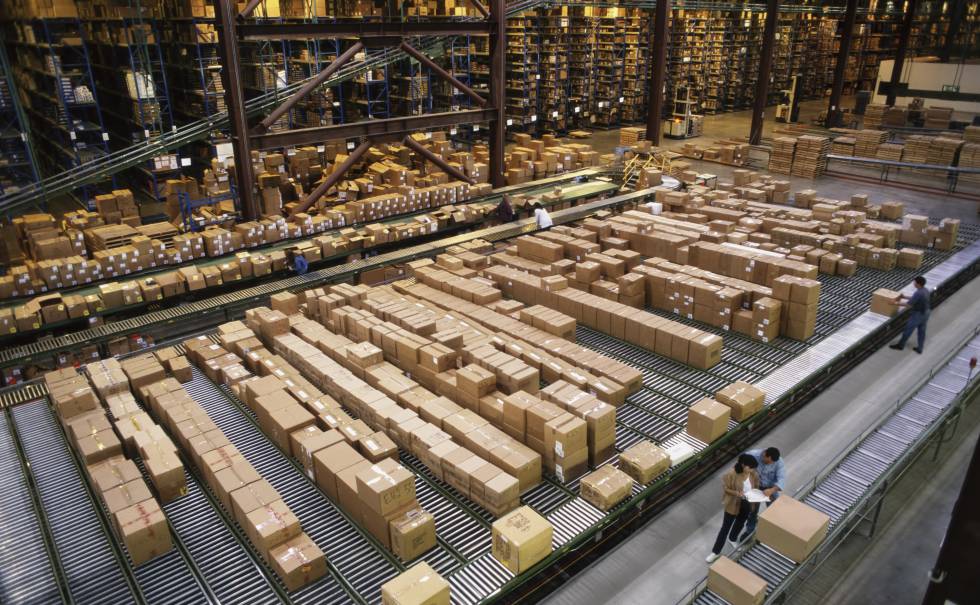 Jeff Bezos’s spaceflight last July spread a joke through the Canary archipelago: “Amazon is going to reach the moon sooner than here.” The islanders thus verified a nightmare that has haunted them for years: most internet businesses, especially those that work with the Seattle giant, do not serve the autonomous community. Many Canarians have been turning to friends or relatives who travel to Madrid or Barcelona for years to bring their orders. Others have decided not to wait any longer and set up their own businesses. Guanxe, Canarias Prime or E-Log are some of the new companies that have emerged to take advantage of this huge gap. And the list keeps growing.

Geography does not play in favor of the Canary Islands when it comes to electronic commerce. The distance means that transport costs are higher than those of shipments within the peninsula. And the situation is even worse on the smaller islands ―Lanzarote, Fuerteventura, La Palma, La Gomera, El Hierro and La Graciosa―, affected by the so-called double Insularity, the fact that everything has to go through Gran Canaria or Tenerife first. The result is that 60% of the products offered by electronic commerce are not available in the Canary Islands, according to calculations by Javier Vargas, founder and CEO of E-Log logistics.

“I needed an oximeter for medical reasons”; says Ignacio Sáenz, a 48-year-old hotelier who lives in Las Palmas de Gran Canaria. “I started searching the internet to see where they sold it. I tried it first with pages that distributed it from here, but without result”. He found several peninsular pages, “but, as expected, none sent to the islands.” His next option was Amazon. “I was trying to avoid it, because of the complications that it usually entails.” But in the end he turned to her. The tech giant, however, was not the solution either. “Another nightmare,” Sáenz recalls. “He carried out the entire purchase operation, and when he reached the final page, he told me again that they did not ship to the Canary Islands.” a rejection on-line with which canaries are very familiar.

The extra cost of sending products to the islands is added to the general rise in shipping costs that has eroded the margins of entrepreneurs. The price of freight between Asia and Europe increased, for example, by 257% between November 2020 and the same month last year, according to the Dow Jones Industrial Average container price index.

But the difficulty for electronic commerce to the Canary Islands is not only a matter of costs. “The islands are outside the VAT application territory,” explains Orlando Luján, tax advisor and delegate of the Study Cabinet of the Spanish Association of Tax Advisors in the Canary Islands (Aedaf). In the archipelago, the so-called Canarian Indirect General Tax (IGIC) prevails, with a general rate of 7%. “And this creates additional bureaucracy and paperwork that makes operations difficult.” For example, purchases over 150 euros require the completion of a document called the Single Administrative Document (DUA), the import or export declaration before the customs authorities. “And not only that, you have to settle the IGIC and for this procedure the intervention of customs clearance is required, which increases the final cost.”

Purchases less than 150 euros are exempt from DUA. Since July, the Government introduced a self-dispatch procedure that aims to eliminate carrier costs and facilitate processes. The implementation of this tool has caused a collapse of some 3,000 shipments that until a few days ago were accumulated in the Post offices in Madrid. “I want to think that it is a temporary problem,” says Luján. The tax adviser points out an added problem of the DUA exemption for purchases of less than 150 euros: “Small businesses that have had to pay the IGIC for importing are put at a disadvantage.” Vargas is also positioned against this measure. “I do not agree that small purchases are not taxed,” he explains. “The solution has to go elsewhere.”

In the end, Sáenz was forced to resort to a resource that many Canarians have had to resort to at some point: hiring a mule. “I had to turn to a friend who lives in Barcelona. He ordered it without problems and in two days he had it at home. And then he forwarded it to me by regular mail.” Even then his problems did not end: the package, like so many others, spent several days held in customs.

In order to take advantage of the enormous business opportunity offered by a territory where Amazon’s service is so poor – until the rumor that they want to open a superstore becomes true – several business initiatives have emerged in recent years that can avoid headaches like Sáenz’s. The first model is the one proposed by E-Log, the logistics company founded and directed by Vargas. “What we do is help canaries in what they have been doing all their lives, which is looking for a life. Professionalize that option”, he explains.

His idea is to create a club of Canarian buyers who purchase products and put the company’s headquarters in Madrid as the shipping address. Subsequently, they must contact E-Log and attach an invoice or screenshot. From there, Vargas’s company takes care of shipments and customs procedures and charges the customer once the package arrives in the Canary Islands.

Another solution is the one suggested by Canarias Prime, launched in Las Palmas de Gran Canaria in November by Edgar Aldaz, Francisco Juárez and Luis Mayoral. “We are a logistics intermediary,” explains Aldaz. “Our business model is similar to that of companies like Glovo: we offer a platform with store products on-line that do not reach the Canary Islands. The difference is that with our logistics system and our structure we are able to bring it at a reduced cost and within an acceptable period of time”. Aldaz is a veteran of electronic commerce in the Canary Islands with his company, 2McGroup/Ecommium, which facilitates access to internet sales to the islands. “The largest internet stores in the Canary Islands are run by us,” he says.

The closest alternative to Amazon is called Guanxe, also from Gran Canaria. It is the sales portal (marketplace) of reference in the Canary Islands (We serve all of Spain, except the peninsula and the Balearic Islands, reads its slogan), and its operation is similar to that of the American giant. “In total there are about 20 portals”, assures its founder, Luis Hernáiz (34 years old), “but most of them are beach bars”. Hernáiz already tasted success by founding Canary Flash, the Canarian Just Eat that was the leader in food delivery service in the larger islands (Gran Canaria and Tenerife). Such was its success, that Just Eat itself bought the company in July 2019 for an undisclosed amount.

With the money, Hernáiz launched the company. “We are like Amazon, bridging the gap,” he says. Guanxe works with Canarian companies, with “the idea is the zero kilometer”, that is, the proximity sale. Add the products to your catalog and when they are sold, they are sent through your courier. Hernáiz explains that in one year they have achieved more than 150,000 items for sale, “more than El Corte Inglés”. And he warns: “Amazon will soon come here, and when that happens, and someone buys something from it, the money will go to a company on the peninsula. And all the trading, employment and margin generation will go away as well.” What will we do then? Well, just the usual: sell tourist beds and serve drinks”.