Skip to content
Home News Wayne Rooney: “For long periods of my career I suffered inside” 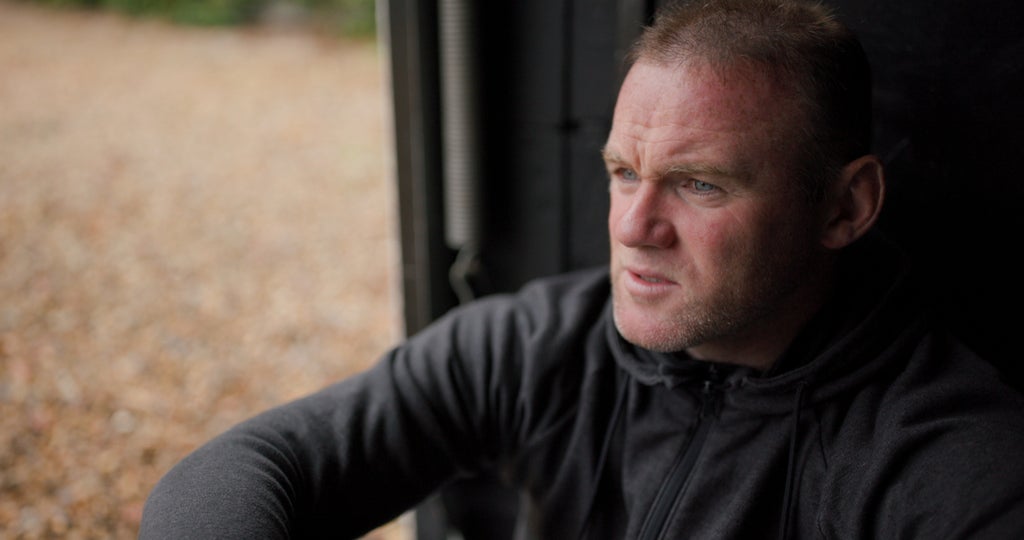 Wayne Rooney has laid bare the anger and mental health issues that marked his career.

No one has scored more goals for Manchester United or England, yet there was a sense of what might have been after the 36-year-old stepped down to take over as manager at Derby around this time last year.

Rooney burst onto the scene in stunning fashion at Euro 2004 and quickly became one of the best players in the world, with the generational talent now revealing how he did it while dealing with internal conflicts.

The striker even used to lock himself up at home for days at a time drinking to help numb the pain as he dealt with becoming an overnight star in the public eye.

“There was a period in my career, for a long period of my career, I was suffering inside,” Rooney told the PA news agency. “I was finding ways to deal with it. A lot of that ended up in the drink.

“It’s not something you do, where it’s much easier to do that now, which is good because obviously people are acknowledging the mental health issue and talking about it and trying to catch it early, especially with some of the young people who are struggling. with that.”

Rooney said the problems were a mix of everything and built up to the point where he saw a psychologist for a short period of time.

Asked if better support was available he could have had an even better career, the Everton youth product said: “Yes, possibly. you never know You always look back.

“Actually, when I learned to deal with them, that disappeared because obviously you’re also putting yourself in a better frame of mind.

“Then I do not know. I don’t know if he would have seen me become a better player, play longer, whatever the situation.

“But it was part of my life, a part of my career. Obviously, I’m happy with my race, but then there are times where I struggled pretty badly, actually.”

Rooney says the directors he used to work through those issues have stayed with him and helped him defuse his anger issues.

His fighting spirit is a common theme throughout Amazon Prime Video’s new movie, released Friday, about his career and helped him in many ways, but also led him over the line, as Chelsea’s John Terry found out. .

“We knew if Chelsea won then they had won the league on that day,” he said of the April 2006 trip to Stamford Bridge, where United would lose 3-0.

“Until my last game in the Derby, I always used the old plastic cleats with the metal spike.

“I knew they were going to win that game. You could feel that they were a better team at the time, so I changed my cleats.

“Stallions were legal, but I thought if there was a challenge there, I knew I would want to meet it properly, basically. i actually did

“John Terry walked out of the stadium on crutches. I put a hole in his foot and then I signed my jersey after the game… and a few weeks later I sent it to him and asked him to return the cleat.

“If you look back when they were celebrating, JT got his crutches from that tackle.”

In the end, the anger-fueled decision to switch boots at Stamford Bridge proved costly.

During a late challenge with Paulo Ferreira, Rooney’s front studs got caught in the turf and he broke three metatarsals just weeks before the 2006 World Cup.

“Looking back, I never should have gone to that World Cup,” said Rooney, who blames himself for the injury.

“It was my first World Cup that I had been to. Obviously I broke my foot shortly before and to this day I feel terrible for Jermain Defoe.

“He came out, (did) the whole training camp and then literally walked in, left.

“And that was also difficult to accept because I literally took his place in the World Cup and took away his dream of going to the World Cup.

“But I wasn’t ready, I was never in a position to play in that tournament and I think that showed in the performances.”

Rooney’s tournament would eventually end with his anger erupting again, receiving a red card in the eventual quarter-final loss to Portugal.

That World Cup exit still seems to weigh heavily on Rooney now, which should perhaps come as no surprise given his self-confidence created internal pressure.

“The pressure (weighed heavily), yes,” he said. “I would go into tournaments thinking that if England are going to win this tournament it’s because I won it. I always entered the tournament like this.

“If I perform well, we win the tournament. I always had that belief.

“But on the other hand, I used to think that if I don’t do it, we won’t win it. England need me to perform well to win the tournament.

“That was a lot of pressure for me to deal with.

“I tried a lot to hide it over the years and I tried to take that pressure off my teammates to almost not show that, but deep down that’s what was always in my head.

“I was always thinking, so I think a lot of the times you see mistakes on the pitch or like a red card, whatever, a bad performance, it’s probably because I take everything and try to do too much sometimes.

This directness and honesty is seen throughout the new documentary ‘Rooney’, which offers a fascinating insight into his life on and off the pitch at a time when he is impressively managing the cash-strapped Derby.

“I love soccer,” he said. “I always knew I wanted to stay in football

“I always felt like I would be a good coach, so doing it now is obviously different than I thought it would be.

“I never thought I would be in charge of administration and dealing with what I have to do, but it is quite an experience.

“I have always been a fighter, I have gone through difficult times. I’m on that now. I’m in a fight, it’s a challenge, but I really think we’ll come out the other side.”