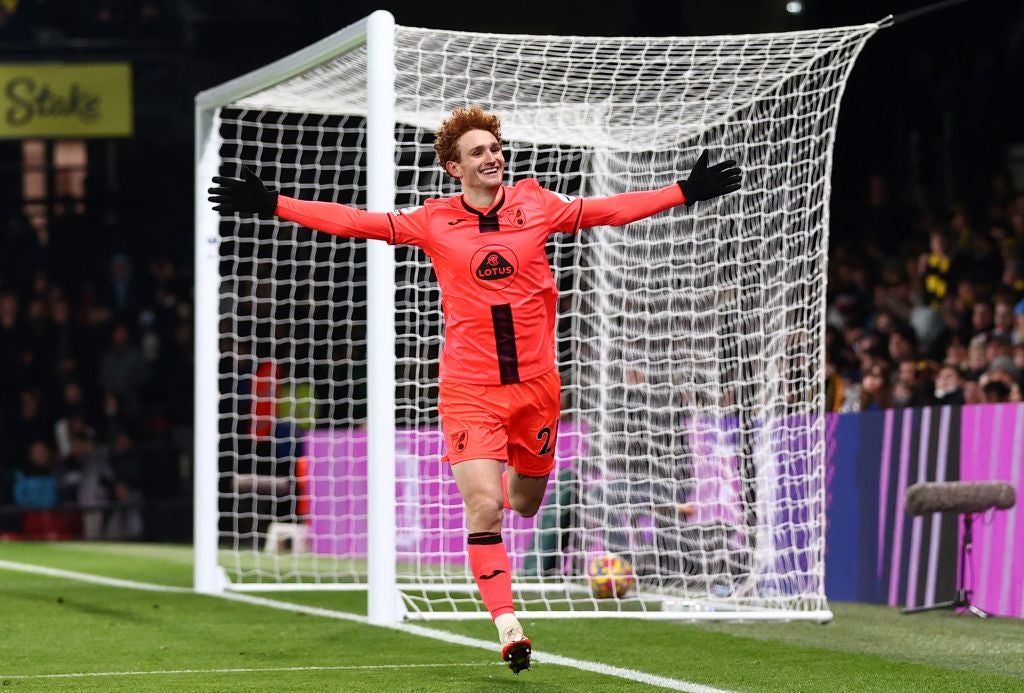 As the floodlights flickered and dimmed on Vicarage Road, the light also seemed to go out on Claudio Ranieri’s Watford tenure. Norwich’s victory in this crucial six-point shot for relegation, scored by a sublime backheel and a towering header from Josh Sargent, lifted the Canaries out of the Premier League’s last three and plunged Watford into deeper trouble.

Sargent’s first Premier League goal in the 51st minute was a shining moment of quality that had been sorely lacking until he deflected Teemu Pukki’s cross under the bar. Moments later, play at Vicarage Road was halted for around nine minutes due to a partial power outage. It wasn’t resolved, as the field was still blanketed with enough light to continue, but as play resumed, Sargent got up to leave Ranieri staring into the gloom.

Emmanuel Dennis’s late red card, which came after he was lucky enough to stay on the pitch before half-time, and Juraj Kucka’s calamitous own goal ensured this was a miserable night for Watford. At this club, that usually results in quick action.

Ranieri has only been in charge for 109 days, but it seems inevitable that Watford will now pull the trigger on the Italian and enact a second manager change of the season. Eleven defeats in 15 games leave the club with little to no chance as they fell into the bottom three for the first time this season. Previous Vicarage Road managers have been fired for much less.

Meanwhile, by the nature of it being a six-point shot, Norwich emerge with their chances of survival looking a bit brighter under Dean Smith. The Canaries still have a long way to go to crawl, due to the fact that they have played the most games of the teams around them, but back-to-back wins lift them to within close distance of Everton and ensure they have significant points. on board. The defeat here could have sealed his fate. Instead, it will leave Smith feeling his Premier League status could be salvaged.

See also  The number of BBQ food items you are likely to consume over a lifetime, according to study

This was a big night for both clubs, enhanced before kick-off by a display of fireworks and flames that warmed up a frigid night and added some extravagance to a match that was essentially relegation junk. It was hard to dress it up as something else, and both teams’ performances in the first half showed why.

Norwich started brighter and benefited from having four strikers on the pitch: Pukki, Adam Idah, Milot Rashica and Sargent close behind. Pukki and Idah were at least a handful and the visitors’ best chance when Jacob Sorensen converted a loose pass from Moussa Sissoko and Sargent returned it to Rashica, who curved.

It was just as threatening as Norwich got into the first half and Watford settled, not seriously threatening. They seemed short of ideas other than playing directly with Dennis, who was soon involved in the two notable incidents in the opening period. He was lucky to escape an early red after landing on Pierre Lees-Melou’s ankle for a yellow card and then landing on Grant Hanley’s outstretched leg in the box. Dean was unmoved when Watford appealed for a penalty, but neither did he take any action on Dennis for the dive which would have reduced Watford to 10.

It was a lucky escape, but it wasn’t long before Watford felt aggrieved. Kenny McLean lunged towards Norwich but his pass to Pukki was missed. Defender Samir looked to guide the ball out of play when Pukki chased him down and fell looking for the foul. Dean allowed the play to continue as Pukki kept it alive on the baseline. His ball across the box was behind Sargent, but the American’s instinctive touch to launch it against the underside of the bar with his heel extended was inspired.

The 21-year-old had to wait for his first Premier League goal to be confirmed, as he went to a VAR check for Pukki’s push on Samir, before both teams had to go through a longer stoppage. The lower halves of the floodlights above Graham Taylor’s grandstand went out, leaving players standing on the touchline in the freezing night.

Ultimately, play was allowed to continue, but Watford came out cold. Rashica’s cross found Sargent at the far post and the forward added the second with a header into the corner. Dennis finally got the red card he was lucky enough to avoid when he caught Max Aarons with a late challenge. It means the club’s top goalscorer will miss out on the crucial trip to the last Burnley.

When the lights were finally restored to full brightness, Watford would look even more embarrassed when Kucka deflected Idah’s cross past Daniel Bachmann at the front post in front of the traveling Norwich fans, who enjoyed a rare away win. House. “You get fired in the morning,” was his cry to Ranieri. It was hard to disagree with them.