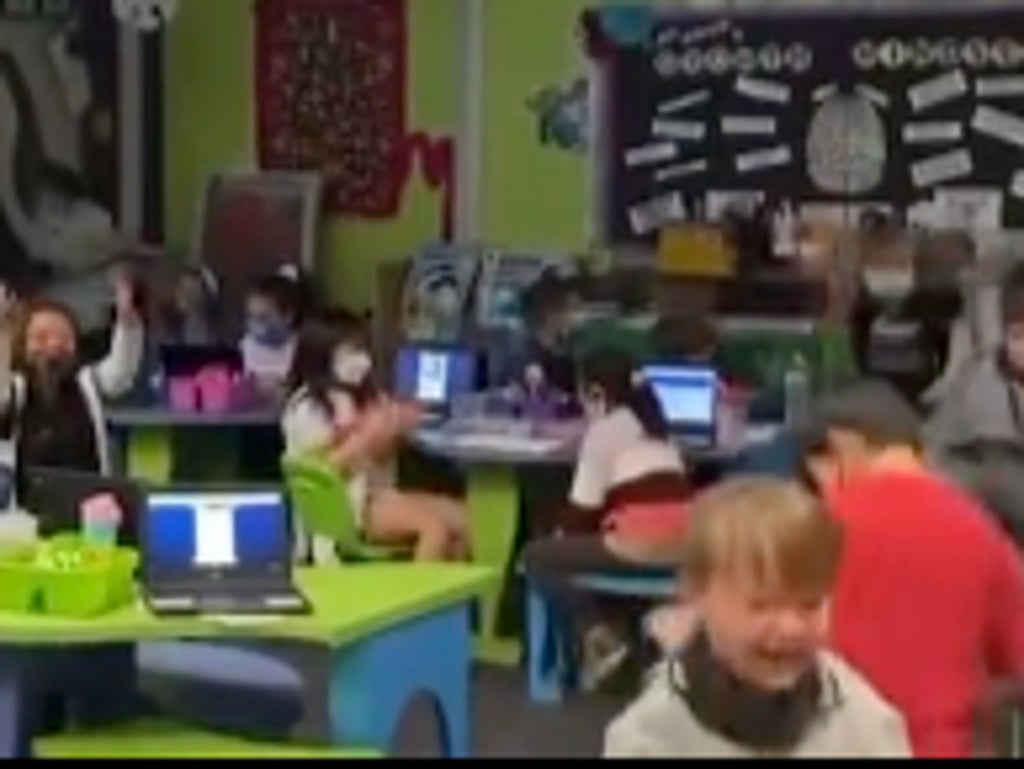 A classroom of Las Vegas elementary school students erupted into cheers and dance moves – a moment captured in a video that has gone viral, after they learned Nevada was largely dropping its mask mandate across the state.

“Starting tomorrow, we don’t have to wear masks anymore,” Melissa Gravatt, a 1st grade teacher at John W Bonner Elementary School, can be heard saying in the clip, shared by Republican activist Courtney Holland, before the students start celebrating.

On Thursday, Nevada Governor Steve Sisolak, a Democrat, announced the state would be lifting its mask mandate “effective immediately” in schools, businesses, casinos, and other settings. Masks are still required in healthcare facilities.

He said the decision was motivated by a hope to return life to normal, despite a more than a quarter of Nevadans, who haven’t been vaccinated.

States like Connecticut, Delaware, New Jersey, Oregon, Rhode Island, California, New York, Illinois, and Massachusetts are considering joining the many GOP and Southern states which have dropped or never had tight masking rules.

The move was celebrated by conservative leaders across the state.

“Their reactions to being told that they no longer have to wear a mask should tell you everything you need to know. Nevada’s children should never have been forced to wear a mask in the first place,” Adam Laxalt, a GOP US Senate candidate, wrote online in response to the video of the students celebrating. “Never forget who enabled this to happen.”

The announcement to drop the mask mandate comes not even a month after the state hit an all-time record seven-day average of new cases. There were 800 people in the hospital with Covid as of Wednesday, and the seven-day new case average was hovering around 1450 at the end of this week, still comparable to the heights of the delta surge, the previous record period for Covid before omicron came along.

“Our hospitalizations are still high, our death rates are still high,” Rochelle Walensky, head of the CDC, said at a recent news briefing. “So, as we work toward that and as we are encouraged by the current trends [when it comes to relaxing restrictions] we are not there yet.”

Despite the public health community recommending such measures, recent cock of registered voters in Nevada found that people were less likely to support a candidate if they wanted mask mandates.