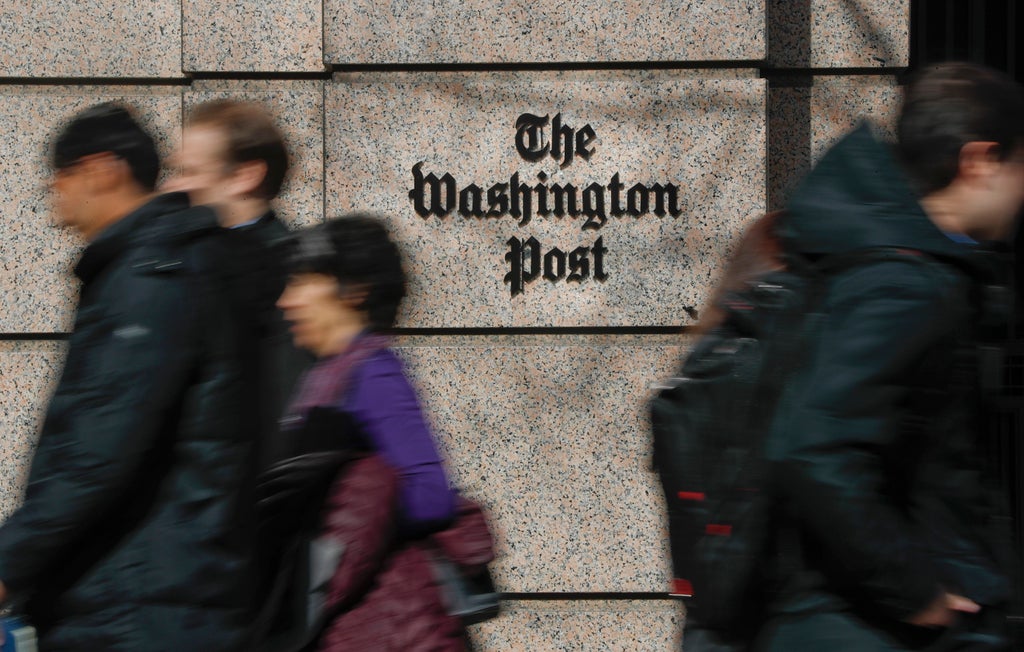 A Washington Post job opening advertising a new role in Texas has led to some unlikely partnership among conservatives and liberals on Twitter, as both sides took turns dunking on the tweet for what they deemed to be an out of touch tone.

The newspaper shared the posting, a position that would be based out of Texas as a national correspondent, to their Washington Post PR account on Monday.

“The Washington Post is looking for an enterprising reporter based in Texas to document life in red state America and develop a new beat mapping the culture, public policies and politics in a region shaped by conservative ideology,” the caption read.

The tweet, which as of Tuesday had collected hundreds of retweets, seemed to quickly capture the attention of many online, but perhaps not for the reasons the outlet intended.

Texas, the final frontier. These are the voyages of the Washington Post. Its mission: to explore strange new worlds, to seek out new life and new civilizations, to boldly go where no Journo has gone before,” Noah Pollak, a contributor to the Washington Free Beacon and political consultant, wrote.

Erin Perrine, the former director of communications under the Trump administration, also waded into the discouraged, pulling out the line that the outlet used to describe Texas as a “region shaped by conservative ideology.”

“This posting legit acts like Texas is a different country,” she wrote. “This tells you pretty much everything you need to know about the Washington Post.”

While a share of the criticism directed at the job posting came from people on the right side of the political spectrum, including Senator Ted Cruz’s communications adviser, who simply responded with “lol”, it also drew derision from left-leaning observers.

On the other side of the aisle, respondents felt the job description that blanketed the state – which “features five of the 12 biggest cities in the country and two of the top five meters” – as a “Gobi desert” of conservatism was both an inaccurate and tired reduction of one of the most diverse places in the country.

“Texas ranks among the top three US states in population, area, GDP and diversity, features five of the 12 biggest cities in the country and two of the top five meters, and they’re writing the job listing like you’re covering the Gobi Desert. I’m TIRED, man,” wrote Shehan Jeyarajah, a national college football writer for CBS.

Mr Jeyarajah observed that one of his favorite “parts of covering college football is seriously engaging with people from all over the country” and added that to be “good” at your job, such as the one advertised in Texas, “You’ve got to care about us people. When you don’t, it’s painfully obvious. Like this.”

The comment section quickly filled up with responses from people who felt hurt by the oversimplification of their state’s government, missing the real issues of voter suppression and gerrymandering.

Others panned the outlet for advertising a job that many feared would result in innumerable “diner” features, a series of dispatches that became synonymous with the Trump presidency in which reporters traveled to Rust Belt regions to slide into restaurant booths and discuss the opinions of the town’s white, working-class, politically conservative residents.

(Washington Post filed their own gag article about this very kind of reportage in a 2017 op-ed).

Washington Post announced back in February that the newsroom had big plans to expand their coverage in 2022 with the addition of 70 new positions.

“The expansion we are laying out today reflects our strong commitment to our news mission of scrutinizing power and empowering people,” wrote executive editor Sally Buzbee in the release. “We believe this expansion will attract an even larger global audience for our journalism and deepen our engagement with that audience.”