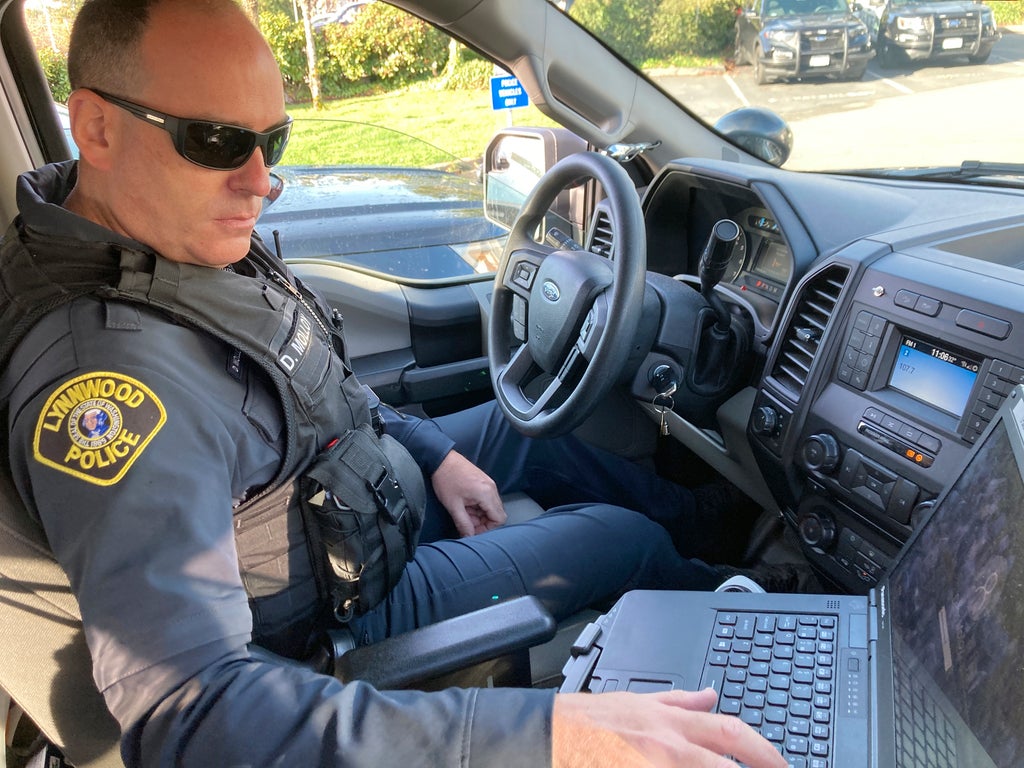 For months Diane Ostrander worried desperately about her son.

The 34-year-old had rambling conversations with the television and vowed to kill police. He ranted about children he didn’t have being stolen. He wandered outside overnight in a rainstorm, saying he needed to fix a power transformer.

As his condition worsened, the police Ostrander begged for help relayed a consistent message: A new state law officers meant they couldn’t take her son to get help against his will, even though mental health professionals and a judge ordered it.

Democrats in Washington state approved the law, known as House Bill 1310, as part of an ambitious police reform package that followed the protests for racial justice that swept the nation in 2020. The law’s goal was to make it less likely police would use force unnecessarily or against the wrong person.

It aimed to do that by restricting the use of force to cases where officers have probable cause to believe someone committed a crime or there is an imminent threat of injury — a standard found in no other state — and mandating they use de-escalation techniques when possible.

But the law has backfired on some of the state’s most vulnerable residents, including Ostrander’s son — partly because it’s unclear, and partly because of how it has been interpreted by police, who had warned the reforms could bring unintended consequences.

There have long been calls for alternatives to police responding to mental health and substance abuse crises; sometimes, the presence of officers can exacerbate a situation. A new emergency number — 988 — is launching nationally this summer to better coordinate such responses.

But police are still needed. In Washington, unarmed mental health professionals known as designated crisis responders can have people detained for evaluation if they pose a danger to themselves or others.

House Bill 1310, however, includes no exceptions authorizing police to use force to help them. Police frequently took that to mean they were not authorized to do so.

Lawmakers are now rushing to fix that.

House Bill 1310′s prime sponsor, Rep. Jesse Johnson, has proposed a bill making clear officers can use force to detain people for involuntary treatment or protective custody. Johnson’s bill passed the House 90-5 on Friday and heads to the Senate.

Instead of being evaluated in late November, when a judge issued a mental health warrant for his detention, Ostrander’s are spent 25 days homeless. He repeatedly refused to go with his mom or officers.

Only on Jan. 4 did he make it into treatment, when he was arrested in Des Moines, south of Seattle for assaulting his mother.

“I said, ‘I don’t get it, why won’t you help him?’” Ostrander said. “I thought, are the police just doing this to use me as a pawn to get their story told, or what? It’s about my son’s life here.”

Police had warned that House Bill 1310 could hinder their ability to respond.

The measure restricted when they could use physical force, but left unclear how to define that. Could they render first aid or take a child into protective custody, or would that be using force on someone without probable cause? What about putting hands on someone in mental crisis to get them onto a gurney?

Attorney General Bob Ferguson’s office issued a memorandum in August aimed at addressing such fears. It said nothing in the new law limits police in responding to community caretaking calls.

For many cities, that wasn’t good enough. Given the new accountability legislation made it easier to decertify police, departments did not want their officers to be the first to test whether using force to respond to noncriminal mental health calls was inbounds.

But when it comes to detaining people in crisis, Ferguson said, using force “may very often” be authorized when mental health professionals have determined they pose an imminent threat.

For Ostrander, the attorney general’s analysis cemented a belief that given a choice between reasonable interpretations of the law, police departments chose the one that would protect themselves from potential liability, instead of the one that would allow them to best help people in crisis.

Steve Strachan, the executive director of the Washington Association of Sheriffs and Police Chiefs, emphasized neither the attorney general’s opinion nor the August memo was binding, and police must carry out the law as written.

“People call 911 for help; we want to help them,” Molloy said. “Now we have to triage it and say, are we going to go out there or not? … Because if it goes downhill, people are going to say, why were the police there?”

As a result, when crisis responders ask police to detain patients, they might not come. If they do, they might go to great lengths trying to persuade a patient to get help — but decline to take a patient who’s unwilling to go.

Even where mental health professionals see an imminent threat, law enforcement might not; the person might just be sitting on a couch, refusing to leave.

In one case, police declined to detain a man; a week later, I stabbed someone, said Kitsap Mental Health Services CEO Joe Roszak.

Roszak said he understood police concerns, but added: “These are individuals who need to be picked up because we anticipate they will commit a crime or hurt themselves or hurt others.”

In October and November, crisis responders documented 51 times when police declined to respond or to help transport a patient, according to the Washington State Health Care Authority.

That number understates the problem: Some health agencies stopped calling police when they knew officers wouldn’t show up or detain patients.

“Unfortunately it means people aren’t getting into treatment at a really critical juncture,” said Joan Miller, of the Washington Council for Behavioral Health. “We were pretty taken back after House Bill 1310 passed and police stopped responding to calls.”

Day after day, Ostrander drove around looking for her son, bringing him food or clothes. He refused to go with her or with officers who reached out with meals and encouragement.

On Christmas Eve, Orwall found Ostrander’s son and bought him a burger. A few days later she set him up with a hotel room paid for by the city.

The hotel booted him after a week for disruptive behavior. Ostrander went to pick him up. He was delusional, vowing to kill police and firefighters, but he agreed to take a ride.

At a red light, he began punching her. Two construction workers called police.

He was taken to jail and transferred that night to an emergency room, then later to a behavioral health hospital.

Orwall, a Democrat, said she respects the Legislature’s police reform work, but wishes House Bill 1310 had been clearer.

“I know we’re going to fix it, and fix it soon,” Orwall said. “But it came at such a human cost.”