The war unleashed by Russia in the Ukraine will have a reduced direct impact on the Spanish economy, given that trade is relatively small, although some sectors, such as the animal feed industry or the automobile industry, may experience problems. In addition, the conflict threatens increase the costs of various raw materials, especially gas and oiland thus cause another push in the inflation that ends up weighing down a still hesitant recovery.

The experts consulted by DatosRTVE agree on what the blow will essentially depend on the duration and intensity of the war. “The longer the conflict lasts and the longer the increases in energy prices last, the greater the transfer to the rest of the products in the economy will be, because they affect the costs of all companies,” he underlines. Antoni Cunyat, Professor of Economics and Business at the Open University of Catalonia.

At the moment, natural gas futures contracts in Europe have shot up more than 60% this Thursday, which has had a immediate reflection on the price of electricity in the wholesale market in Spain, which has shot up 17%. And Brent crude, a benchmark in Europe, has broken the $100 per barrel barrier for the first time since August 2014.

At the expense of the duration of the war

“By paying more for energy you have less money left to pay for beers, less disposable income,” he sums up Ignacio de la Torre, Chief Economist at Arcanowho, despite everything, believes that the impact will be transient: “If this lasted three months, it could subtract a couple of tenths of growth in Europe. The Russian economy is smaller than the Italian, I think it does not have the capacity to sustain an occupation against a hostile people and cause a prolonged increase in energy prices. The conflict will not last very long and prices will subside, although energy will continue to be expensive”.

For now, the situation alarms Spanish companies, as recognized by the president of the CEOE, Antonio Garamendi: “It will influence because we already had a tension from the energetic plane and this can complicate things more”. The employer’s leader has also warned of other increases in raw materials such as aluminum, which would also affect the cost structure.

In fact, The study service of the Fundación de Cajas de Ahorro has raised its inflation forecast for Spain this Thursday to 5.6%as announced in a statement, one point more than expected before the war broke out in Ukraine.

Little trade exposure to both Russia and Ukraine

In any case, these indirect effects would be the most relevant for the Spanish economy, which is not particularly linked to Russia or Ukraine. “It is considerably less exposed than that of other European countries,” emphasizes Cunyat, while De la Torre speaks of a “tiny” exposure. For example, exports to both countries do not represent, jointly, even 1% of the total value of Spanish sales abroad -Russia accounts for 0.7% and Ukraine 0.2%-, according to data from the Institute of Foreign Trade (ICEX).

In the case of importsthe bill is somewhat higher with Russia, especially for the purchase of hydrocarbons: In 2021, Spain bought 4.5% of its oil and 8.9% of its gas from Russian suppliers, so that purchases from that country account for about 1.75% of the total. In addition to crude oil and gas, Spain acquires in Russia cast iron and steel products, chemicals and phytosanitary products for agriculture, while selling women’s clothing, cars and auto parts.

See also  Jewish lawyer awarded £26,000 after he was sacked for not working during Passover

In Ukraine, Spanish companies also sell cars and women’s clothing. But above all, they buy cereals, a basic raw material for the feed sector, in which Spain is the European leader. This Thursday, the Spanish wholesale cereal markets, as reported to Efeagro by the Accoe merchant association, have stopped their operations due to the uncertainty generated by the Russian attack against Ukraine, which is the eighth world producer of wheat.

Specific damages in some sectors

And it is that some sectors may be affected by supply problems and all can expect price increases in basic raw materials. Others, like the tourismare resigned to losing one more season to Russian visitors, who before the pandemic reached 1.3 million, few in relative terms -barely 0.76% of the total-, but with a highly appreciated profile: spending The average Russian tourist last year exceeded 1,700 euros, only below the Americans, and well above the Germans or French.

Difficulties can also be expected companies with presence in both countries. According to the ICEX registry, 131 Spanish firms operate in Russiawhich include from Inditex, the largest Spanish firm by market capitalization, to Acerinox, Iberia, Indra, Tous, Lladró, Meliá Hotels International and Viscofan. Another 30 are in Ukrainealso headed by the textile multinational.

With everything, The Secretary of State for Commerce has indicated this Thursday, reports Europa Press, that the impact would be “very limited or nil”. Altogether, nearly 15,000 Spanish companies maintain export or import trade relations with both countries, according to data from the Ministry of Industry, Trade and Tourism: in 2021, there were 5,432 with Ukraine (3,777 export and 1,655 import) and 9,580 with Ukraine. Russia (4,981 exports and 4,599 imports).

And in this context of complete uncertainty, a final negative effect may come from Spain’s main trading partners, like Germany, if the war affects its growth and reduces its imports of Spanish products. It would require, in any case, a very long war to do any notable damage.

“The main economic effect, from my point of view, will be on domestic demand. By raising energy prices, the prices of many products may rise and the purchasing power of families will be less, and even more so after a very inflationary”, insists Antoni Cunyat.

Analysis of the economic impact of Russia’s attack on Ukraine

And there may even be relatively positive effects. De la Torre, in this sense, predicts that the conflict in Ukraine will mean that “interest rate increases will be softer than expected” both in the euro zone and in the United States, which will contain the increase in the cost of financing that is already beginning to be appreciated, for example, in mortgages. At the moment, what floods everything is the uncertainty. 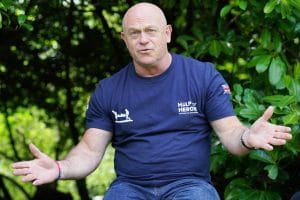