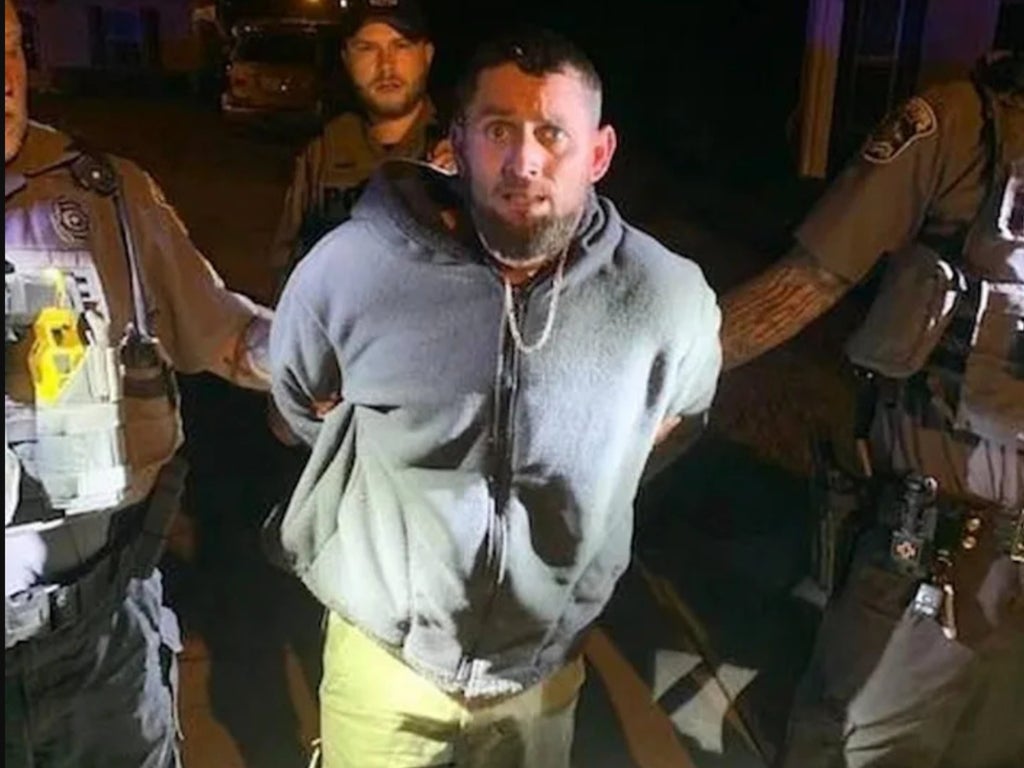 A former North Carolina police chief facing 70 felony charges allegedly faked his own death before leading law enforcement on a pursuit that ended with him submerged in a creek.

William Anthony Spivey, 36, was arrested near Loris, North Carolina, by the Horry County Police Department shortly after midnight on Thursday.

Mr Spivey is the former police chief of Chadbourn, North Carolina, but was fired last spring after a misconduct investigation led by the state found that he violated numerous agency policies. His more than 70 felony counts include drug trafficking, embezzling, and mishandling evidence.

According to NBC6 WCET, he allegedly raided the department’s evidence room numerous times, stealing cash, firearms and drugs. His embezzling charges stem from allegations that he stole $8,000 intended for a family whose child died following a battle with leukemia.

The former police chief was facing 40 outstanding warrants for failure to appear and on a $1m bond.

Mr Spivey’s boat was found abandoned on the Lumber River after he was reported missing. He was allegedly on a fishing tip to the river when he went missing. Officials conducted an “extensive water search,” – which included helicopters and man-tracking teams, according to police reports – and he was believed for a time to have drowned in the river.

Police also found handwritten letters at the scene of the abandoned boat and a .22 caliber rifle with a discharged round in the chamber. Mr Spivey’s family and friends suggested it was indicative of a suicide, but the police were skeptical and launched their search.

Two days after he was reported missing, he was located outside his aunt’s apartment near Loris.

“He briefly attempted to flee into some nearby woods before he was arrested,” Horry County police said in a Facebook post.

Officers eventually found Mr Spivey submerged in a creek behind the apartment building. The officers believed he was armed and demanded he return to dry land with his hands up. According to the police report, Mr Spivey left the water but ran into another wooded area to try to escape.

Officers pursued and attempted to restrain him, but Mr Spivey resisted and yelled that they “would have to shoot” while he was reaching for “his waist area while resisting.”

Mr Spivey was eventually pinned to the ground while he was resisting and reaching for his waist. Police then successfully restrained Mr Spivey and put him under arrest.

The police arresting Mr Spivey, a white former police officer, showed considerably more restraint than officers involved in incidents like the Breonna Taylor and Amir Locke killings, where they fatally shot Black individuals before it was clear there was any threat present.

This isn’t the first time Mr Spivey has been arrested. In August, he posted a $500,000 bond to secure release from prison while awaiting charges relating to his numerous alleged misdeeds.

After he was released the first time, Mr Spivey was arrested again in January 2022 and charged with stealing catalytic converters from an auto repair store in Tabor City. He had been hired there as a mechanic after he was fired from the police force.

Mr Spivey is being held in Horry County jail.