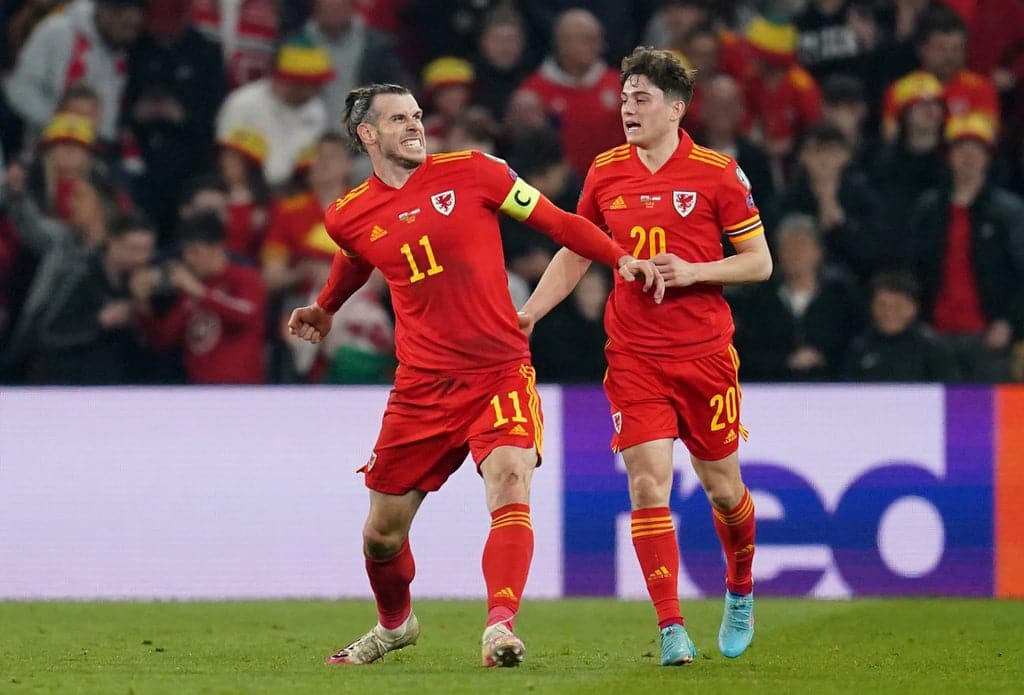 On Thursday morning in Madrid, one frothing Spanish columnist derided Gareth Bale as a “blood-sucking parasite” with less good grace than a flea, louse or bedbug. As night fell over Cardiff, and the day’s humidity gave way to the night’s intoxicating celebrations, how those insects would have loved to spring, dart, dive and bite with the same skill and venom as Bale did so spectacularly in Wales’ 2-1 victory over Austria in their World Cup play-off semi-final.

There is hardly a need for Bale to add to his Wales legend, even as his club career recedes into the sort of unsavory and expensive twilight that causes Real Madrid fans such incandescence. His desire for him is questioned on a daily basis, his paltry contribution of 77 competitive minutes since November stoking their sense of indignation. Such is the myth of his indifference to him that it has been repeatedly suggested Bale might retire when his contract expires in the summer if Wales fail to reach the World Cup.

This was the most emphatic denial, worthy of turning that froth into envious bile, such is the degree it will leave short-memoried Madrid fans feeling short-changed. Because when Bale dons a Wales shirt, he seems to transform into that younger, fun-loving version of himself that could illuminate any stage. Here he was irrepressible, unshackled and oozing a level of class no other player inside Cardiff City Stadium could dream of matching. The same class that, perhaps, no other in a Welsh shirt has ever mustered. Less blood-sucking, more the vital artery, his two goals – a free-kick so precise it could offend the rust of an anonymous season and a snapshot so short and sharp it left Austria’s goalkeeper virtually motionless – leaving Wales just one match away from their first World Cup since 1958.

Such high-stakes matches can often begin in the grip of caution, the tension invading teams’ inclination to take risks, but the echoes of a hair-raising Welsh anthem boiled the blood and demanded the brave. That atmosphere had been matched by Rob Page’s team selection, with Harry Wilson playing as a makeshift central midfielder in an aggressive 3-5-2 still firmly orbiting around Bale and Aaron Ramsey, its two torchbearers whose fire seems to instantly reignite when in Welsh colors . But Wales’ daring seemed only to initially embolden Austria, who reveled in the ample space around Joe Allen, the lone figure of caution in Wales’ midfield, and Christoph Baumgartner glided through on goal as if invisible. There was nothing subtle about his shot from him, though, and with the goal gaping the ball crashed against the crossbar, eliciting gasps and then deep sighs of relief.

The early scare did cause Wales to recede into their shell. Austria, who had endured a torrid qualifying campaign, passed the ball with confidence and seemed to win every tackle, with David Alaba’s exquisite flick so nearly putting Marko Arnautovic through on goal. Yet, slowly but surely Wales steadied and then grew in confidence. Neco Williams skipped past two defenders with ease and his daring alone seemed to galvanize his teammates. A few minutes later, a slick move saw Daniel James upended just outside the box by Baumgartner and the stage was set. Bale paced backwards and breathed theatrically, but this was hardly a drama without a climax. The ball dipped and swerved viciously but arrived in the top corner with such precision that not a centimeter was spared. Heinz Lindner was helpless, another amazed spectator in a raucous stadium stunned into the briefest silence, the sort of hush only moments of sheer wonder can produce. Then, the explosion: of noise and elation, ecstasy but not quite surprise. Even as Bale’s club career has slid towards its unglamorous end, his ability to deliver such breathtaking moments for Wales remains undiminished.

See also  How much is my Council Tax rising today? Our calculator shows how hike hits you

A little stunned, Austria struggled to offer a response. Arnautovic had the one clear chance, running off Joe Rodon on the halfway line but the striker’s touch was heavy and Wayne Hennessey was able to smother the danger. Instead, it was Wales who went searching for a second with Lindner making a fantastic fingertip save to deny Ramsey’s drive at the near post.

It required just six minutes of the second half for Bale to produce his next flash of brilliance. The shot itself was more like a lightning strike, the product of a well-worked corner as Ben Davies controlled James’ cross and laid the ball off to Bale in the box, who thundered it across Lindner and into the top corner. Austrian hopes sunk and Bale waltzed in a flow state all of his own, nonchalantly flicking a 40-yard pass with the outside of his boot that carved open the defence. But not for the first or last time, James’ incisive running was laid to waste by his own lack of end product.

Wales were in cruise control, strolling towards a final without a date, with Scotland’s tie against Ukraine postponed indefinitely. It was almost too easy, and so it proved. The grip of nerves slowly clenched as Austria poured forwards and then, after 63 minutes, Marcel Sabitzer’s speculative shot took a wicked deflection off Davies’ studs and looped past Hennessey.

It set up a final rib with nerves. The cramp set in, angst ensued and even Bale became a passenger, left to pray his efforts would not be spurned. His defense of him did him justice in that regard. Rodon rose from the floor and remained a forbidding totem in defence. Davies cleared off the goal line in stoppage time as another shot squirmed through sets of legs and left Hennessey’s vision obscured. It was a victory that strained every sinew across the team and, in Bale’s case, perhaps too far as he left to a standing ovation clutching his groin. And, perhaps, that was the most fitting finale of all. The player so often accused of not giving enough, running himself into the ground as he raised Wales above it again. The flea who roared like a dragon.