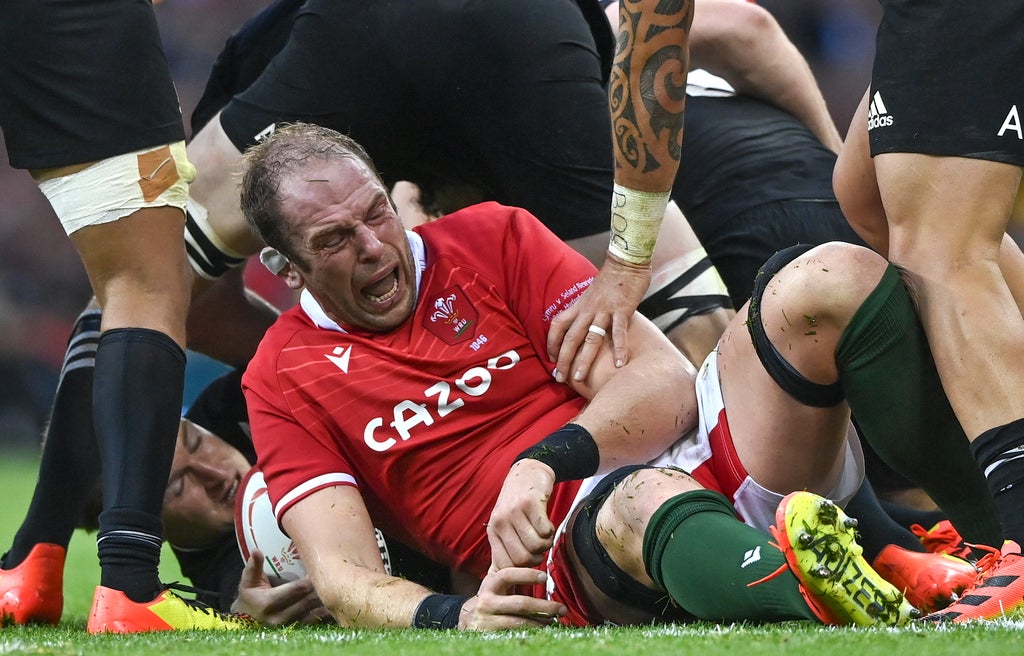 Wales boss Wayne Pivac admits it is “a long-shot” that Alun Wyn Jones will play any part in this season’s Six Nations.

But Pivac claims he would “never say never” as 36-year-old Jones continues his recovery from a shoulder injury.

Jones, who has played in a world record 161 Tests for Wales and the British and Irish Lions, has undergone two operations since he was hurt during the Autumn Nations Series opener against New Zealand in October.

He also had shoulder issues ahead of last summer’s Lions tour to South Africa, but he defied expectation and recovered in time to captain the tourists in all three Tests.

“Never say never. It’s Alun Wyn Jones,” Pivac said. “I probably wouldn’t enter the conversation if it was anyone else, but the guy has broken so many records.

“I honestly say that I would never say never. But, look, it will be a long-shot, let’s just say that.

“Al is working incredibly hard behind the scenes, as you know he would, to get himself in the best shape possible for either the Ospreys or Wales.”

Wales fly-half Dan Biggar has been appointed captain in Jones’ absence, and he added: “I don’t think any of us expected him to turn up in South Africa in the summer, and he managed to get on the plane.

“If there is anybody who has got a chance of being fit for some part of this tournament, then Al is probably the man. I wouldn’t rule it out just yet.”

Biggar, who will lead Wales when they launch their Six Nations title defense against Ireland next week, has tapped into Jones’ expertise.

“I had a chat with Al last week,” Biggar said. “When Wayne asked me to do the job, I said to Wayne that I didn’t want to change who I was as a person around the team room and on the training pitch, and Al sort of echoed that, really. He said to just be your own man.

“I’ve worked with Al for a number of years now, so to pick up, even if it is one or two small bits which Al has in the way he conducts himself around the place, is going to be of benefit to me.

“In my position, we are really encouraging other senior boys and even some of the younger lads to really take ownership of speaking up in meetings and training, so it is not just one voice all the time.”

Despite winning the tournament last year, Wales arrive at this season’s staging as only fourth favorites behind France, England and Ireland.

They go into the Six Nations on the back of a thrilling autumn win against Australia, although injuries have hit them hard.

Lions like Jones, Ken Owens, Leigh Halfpenny, Justin Tipuric and Josh Navidi are all currently sidelined, while George North and Taulupe Faletau are only considered possibilities – at best – for the Six Nations’ latter part.

On top of that, Wales’ four professional regions have experienced limited game-time in the last couple of months due to coronavirus-related cancellations and players quarantining at home and abroad.

The Scarlets, who have a seven-strong contingent in Pivac’s Six Nations squad, have only played three games since late October.

Pivac said: “It’s certainly a challenge in terms of getting the squad finalized and looking at minutes played, form injuries, players who might come in and who might be fit later on in the competition.

“It is a difficult jigsaw puzzle to put together. But now that we’ve done that, seeing the boys come together in the first two days (of camp) and the efforts they’ve put in on the training pitch and in the classroom, it gives us great confidence that this is a group of players that have come together.

“They know it’s a huge opportunity to go and perform on a big stage. There is only one bigger stage for me, and that is the knockout stages of a World Cup.”