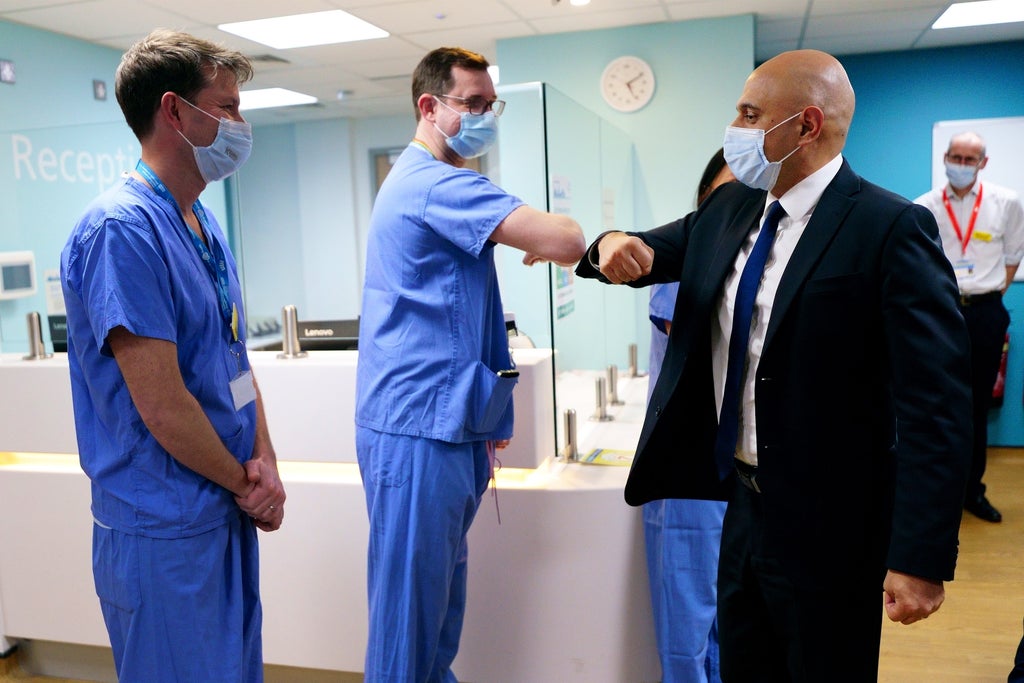 The waiting list for NHS treatment continues to grow, new figures show, while the number of people enduring long waits in A&E has hit a record high.

New data from NHS England shows a record 6.1 million people were waiting to start treatment at the end of December – the highest number since records began in August 2007.

It comes after Health Secretary Sajid Javid set out plans to help the NHS in England recover from Covid-19, although he has admitted the number of people waiting will continue to rise for another two years.

Some estimates suggest the waiting list could go up at least 50% or almost double before it starts to fall back again.

Among those on the waiting list are people needing scans and tests, hip and knee operations, and cataract surgery.

Thursday’s data shows that the number of people having to wait more than 52 weeks to start treatment stood at 310,813 in December, up from 306,996 in the previous month and 39% higher than the number in December 2020.

The Government and NHS England have set an ambition of eliminating all waits of more than a year by March 2025.

A total of 20,065 people in England were also waiting more than two years to start routine hospital treatment at the end of December, up from 18,585 at the end of November and around eight times the 2,608 people who were waiting longer than two years in April last year.

As part of Mr Javid’s pledges, all waits of more than two years, except when it is the patient’s choice, will be eliminated by this July.

The new data further shows that a record 16,558 people had to wait more than 12 hours in A&E departments in England in January from a decision to admit to actually being admitted to a bed.

Many of these can be forced to wait on trolleys in corridors or in A&E bays while a bed on a ward becomes available.

The figure is up from 12,986 in December and is the highest for any calendar month since records began in August 2010.

Some 122,427 people waited at least four hours from the decision to admit to admission in January, another all-time high and up from 120,218 in December.

Although it is being scrapped, the current target is for at least 95% of patients attending A&E to be admitted, transferred or discharged within four hours. This has not been met nationally since 2015.

Meanwhile, the number of people admitted for routine treatment in hospitals in England in December was 225,912 – up 18% from a year earlier (191,541), although this reflects lower-than-usual figures due to the the Covid-19 pandemic.

The data also shows that around three in 10 patients in England had been waiting more than six weeks for a key diagnostic test in December.

Some 419,254 patients were waiting more than six weeks for one of 15 standard tests – including an MRI scan, non-obstetric ultrasound or gastroscopy – which is 29% of the total waiting list for diagnoses.

The new NHS recovery plan sets the ambition that 95% of patients needing a diagnostic test receive it within six weeks by March 2025.

Shadow health secretary Wes Streeting said people are waiting longer than ever before, “often in pain and distress”.

“The Conservatives are so incompetent they’ve come up with a plan that sees patients paying more in tax but waiting longer for care,” he said.

“The next Labor government will secure the future of our NHS, providing the staff it needs to treat patients on time.”

NHS England said staff delivered 120,000 more diagnostic tests and checks in December as the Omicron variant struck, compared with the same month last year, when the country was in lockdown.

It said staff were working hard on the Covid-19 booster program in December, while the NHS also saw the highest number of staff absences for any winter on record.

NHS national medical director Professor Stephen Powis said: “While seasonal pressures are ongoing, we are now beginning to see the full picture of the Omicron winter on the NHS, and, despite sky-high staff absences, hardworking NHS staff continued to make inroads on the backlog that has inevitably built up and delivered 120,000 more tests and checks in December compared to the same time last year.

“Hardworking staff also responded to the Government’s call to protect the nation from the new Omicron variant, delivering over 13 million lifesaving booster jabs in December alone – providing lifesaving protection to millions of people at speed.

“While pressures remain for our staff, with the highest number of life-threatening ambulance callouts and 111 calls for the month of January, NHS staff are committed to bringing down the backlog, and the clear plan published this week will help increase the number of checks, tests and treatment provided for patients.”

Siva Anandaciva, chief analyst at think tank The King’s Fund, said: “The Government has provided additional funding and agreed to a new plan with the NHS to improve hospital waits, but the glaring omission remains a strategy to ensure there are enough staff to make shorter waits a reality.”