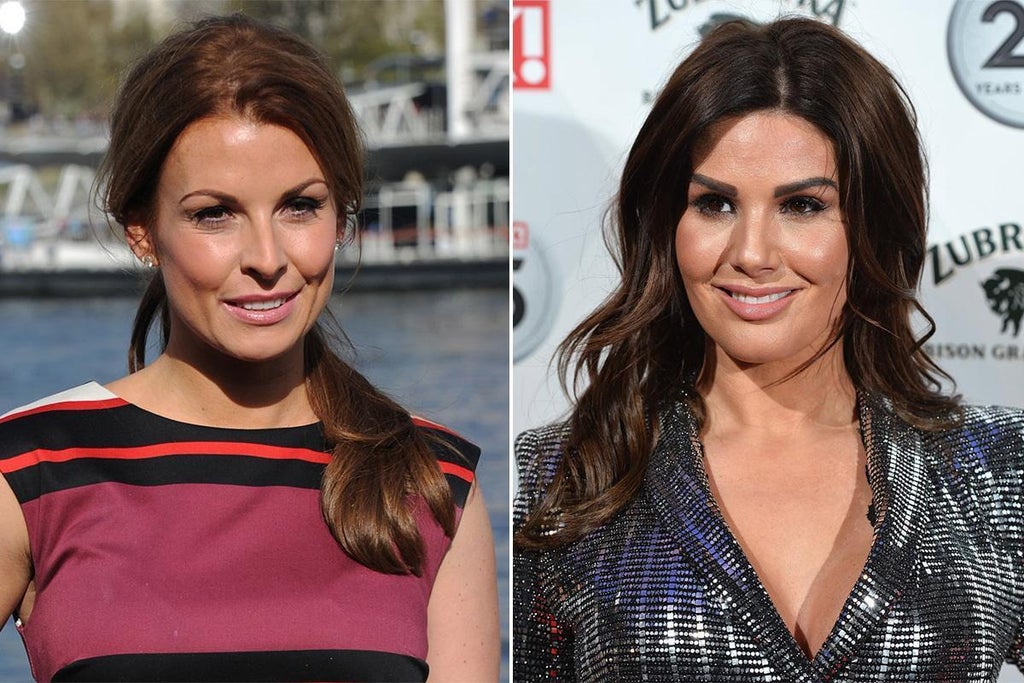 Rebecca Vardy’s agent’s phone “fell into the sea” after a court ordered it should be searched as part of the libel case against Coleen Rooney, the High Court has heard.

The wife of Leicester City striker Jamie Vardy is suing Ms Rooney for libel after she was publicly accused of leaking “false stories” about the fellow footballer’s wife to the press.

In an October 2019 Twitter post, Ms Rooney, the wife of former England star Wayne Rooney, claimed Ms Vardy had shared fake stories – which she had deliberately posted on her personal Instagram account during a months-long “sting operation” – with The Sun newspaper.

At the start of his submissions at the High Court on Tuesday, David Sherborne, acting for Ms Rooney, gave previously heard details of how his client made the posts after restricting her stories to only Ms Vardy’s account.

Mr Sherborne claimed Ms Vardy and her agent would “routinely” look at Ms Rooney’s private Instagram stories with a view to having them published.

The barrister told the High Court Ms Rooney was making a claim for further information to be disclosed.

He added Ms Watt’s phone had fallen into the sea after a boat she was on hit a wave.

“(It was) most unfortunate, because it was only a short time after the court ordered that the phone should be specifically searched,” he said.

WhatsApp messages between Ms Vardy and Ms Watt were disclosed during a two-day hearing on Tuesday ahead of the trial.

Ms Rooney’s lawyers previously claimed Ms Vardy had leaked information to The Sun either directly or through Ms Watt “acting on her instruction or with her knowing approval”.

In written arguments, Mr Sherborne said: “From the outset, Mrs Vardy has always claimed that neither she nor Ms Watt were involved in the leaking of private information from Mrs Rooney’s Instagram account.

“The recent disclosure has shown that this is emphatically not the case.”

Other WhatsApp messages shown in written submissions show Ms Vardy branded Ms Rooney a “nasty b****” and “such ad***”.

According to Ms Rooney’s written case, messages exchanged between Ms Vardy and Ms Watt in January 2019 showed the pair discussing a post on Ms Rooney’s private Instagram where her car had been damaged.

Ms Vardy told Ms Watt she “would love to leak those stories x”.

Mr Sherborne claimed Ms Watt was later responsible for the leak of the story to the newspaper, with Ms Vardy’s approval.

Days after the story about her car was published in The SunMs Rooney posted a tweet saying it was “sad” someone who followed her was “betraying” her.

According to written submissions, while discussing the tweet in a private WhatsApp conversation, Ms Watt told Ms Vardy “It wasn’t someone she trusted. It was me”, in a message accompanied by a laughing emoji.

Mr Sherborne said in written arguments that this “conspicuously elicits neither surprise, contradiction or criticism from Mrs Vardy, who was plainly aware and approved of this leak”.

At the hearing on Tuesday, Mr Sherborne said Ms Rooney had brought a claim against Ms Watt for misuse of private information, which Ms Watt denies.

In written arguments, the barrister said the information and messages disclosed “provides no evidence that the claimant leaked the three fake posts”.

He added that Ms Rooney “relies upon selective and incomplete WhatsApp exchanges…conveniently ignoring the messages which demonstrate beyond doubt that the claimant was not responsible for leaking the defendant’s private information to The Sun”.

In further WhatsApp messages between her and Ms Watt, Ms Vardy said she had supported Ms Rooney and suggested it was Ms Rooney’s own PR who had leaked stories.

“What a joke! All I’ve ever been is nice to her though! Even when Wayne was being ac*** x,” Ms Vardy wrote.

She later added: “Bet it’s their PR again has to be x… I really can’t see anyone being that arsed with selling stories on her.”

Ian Helme, for Ms Watt, said she had given “clear and consistent” denials against the claim for misuse of private information.

In written arguments, the barrister said it was not only Ms Vardy’s Instagram account that had viewed the post about Ms Rooney’s car, adding that the incident also took place in public.

“It is difficult to see how there could be said to be any reasonable expectation of privacy in relation to such information,” Mr Helme said.

Mr Helme also said it could be inferred that Ms Rooney’s primary concern is “public opinion, or vindication”.

He continued: “It appears quite clear that the defendant has determined that publicity generated by success in defending the claim against her will far exceed the value of any remedy she could attain as a claimant.”

The trial is due to begin in early May of this year but it is likely this date may change. The hearing before Ms Justice Steyn is due to finish on Wednesday.