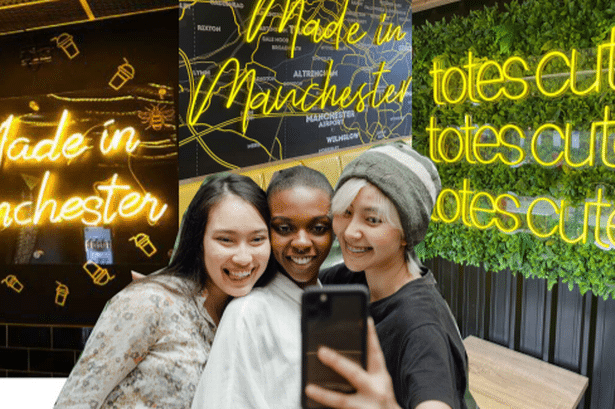 Plans for a new waffle bar boasting its own ‘Instagram area’ have been given the nod at the third time of asking. Shakedown – which also has restaurants in Withington and Wythenshawe – has finally been granted permission to open a third branch close to Cheadle Hulme railway station, in Stockport.

The chain, also known for its burgers, will take over a former education center at Metropolitan House, Station Road, following the decision by the council planners. With seating for 24 people, it will feature an Instagram area where customers can photograph themselves with an ‘artistic display’ before sharing their images on social media.

A report to the planning committee said the district center site was ‘precisely’ where such commercial uses should be encouraged. “In these locations it is expected that eating and drinking establishments will be positioned alongside offices and that such coexistence will not give rise to a loss of amenity to these commercial occupiers,” it adds.

“It is noted that there is a significantly larger restaurant than that proposed by this application within the ground floor of the office building on the opposite side of Station Road, and that these uses apparently co-exist without adversely impacting on each other.”

Despite officers recommending approval, councilors had twice previously refused to sign off on the plans. In January, Bramhall and Cheadle Hulme South members passed the application to the planning committee, citing concerns about customer facilities consisting of just one disabled toilet. This was despite being advised it was not a planning consideration.

But when planners met in February they again held off on making a decision – this time asking the applicant to explore the possibility of including a disabled parking space within the scheme. Tweaked proposals – including a dedicated disabled parking space – were finally given the green light by the planning committee on Thursday night (March 24).

The space is one of three ‘immediately adjacent’ to the building entrance to be available at all times. A further 13 bays are available to customers from 5.30pm each day. A report to councillors advised the disabled space met the council’s standards, adding ‘should a car be parked forward in the disabled bay any disabled passenger can board and alight using the paved area circulating the building’.

Councillor Anna Charles-Jones, who has a disability herself, said she was ‘really pleased’ to see an accessible space had been added to the plans. “It’s not necessarily ideal that the pavement is being used, but it’s not unusual and I don’t believe it causes too many difficulties,” she added.

The plans also include parking for two bicycles at the front of the building. The restaurant plans to open from noon each day, closing at 10pm during the week and on Sundays and Bank Holidays. It will open till 11pm on Saturdays.

Get all the latest Stockport news by signing up to our free newsletter.