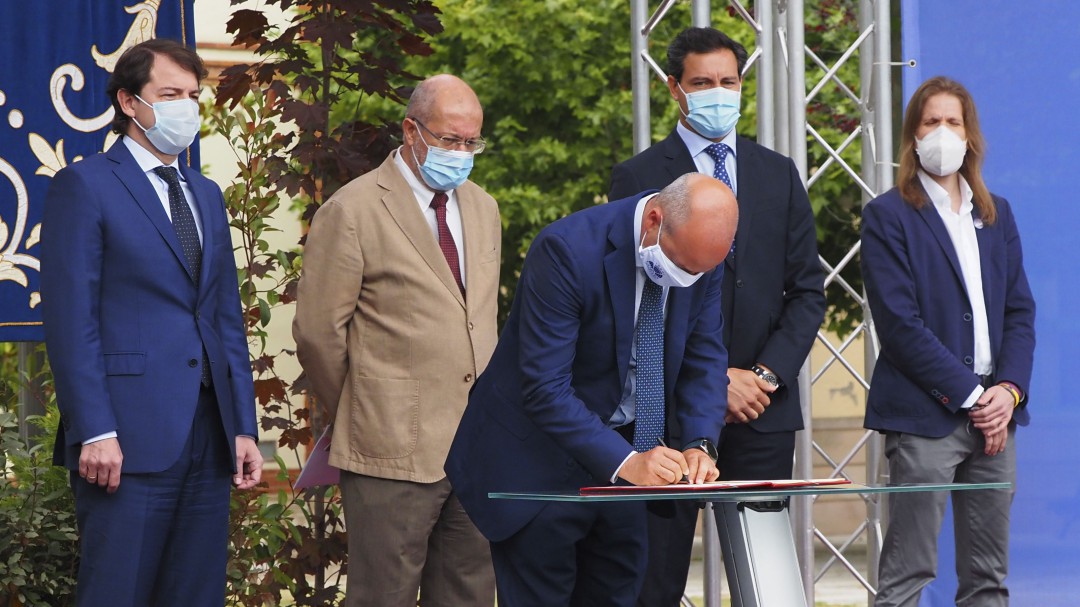 Two compulsory debates in which only candidates from parties that have their own parliamentary group in the Cortes of Castilla y León may participate. That is what the regional electoral law collects. In case there were doubts, the formula was ratified by an instruction from the Electoral Board of Castilla y León in the 2019 elections. To have your own parliamentary group it is necessary to have at least five attorneys in the Cortes (or have three attorneys and 5% of the vote ), a requirement that neither Vox nor Podemos meet (which will now concur with IU), since both are within the mixed group with 1 and 2 attorneys respectively.

Thus, the electoral debates of 13-F will be three: Alfonso Fernández Mañueco (PP), Luis Tudanca (PSOE) and Francisco Igea (CS), whom the polls place practically outside the courts but who until now had a group parliamentarian with 11 attorneys. The opposite happens to Vox, which only won one seat in the previous elections and now, according to the polls, the brand of oranges could approach.

Although from the surroundings of Mañueco they limit themselves to pointing out that the absence of Vox “is determined by Law”, from the PP they celebrate that the abascal acronyms, which advance without restraint in the polls despite not having yet named a candidate, do not have also the oxygen of the electoral debates. In the popular candidate’s team, they assure that the debate would end up being a “all against Mañueco” regardless of the format, and that this case, with only three contenders “will happen the same.” They believe that the Ciudadanos candidate, Francisco Igea, will have an “impossible” position, adding his criticisms to those of the opposition, and that he will end up publicly filling Mañueco with reasons in his decision to advance elections.

With the absence of United We Can, the PSOE will also have all the focus, in its case, of the left. From the team of the socialist candidate, Luis Tudanca, they consider that the formula of the debate to three can benefit them, since they predict “it will be a carousel of reproaches between two candidates who have been government partners until two days ago”, and add “that the voters will thus have the possibility to visualize that there is only one alternative. “

In the PP they discount that Vox will try to use its exclusion from the debate in the campaign and they assume that it will appeal the decision of the autonomous electoral board, even knowing that it will not have any route. That path was already made by the United Left in 2019, which unsuccessfully appealed its exclusion from the debate before the Central Electoral Board. The ruling was resounding: without a parliamentary group there is no debate. At least with regard to the two debates that are required by law.

It is true that nothing prevents more debates from being held, in addition to the two included in the law. In that case, there would be no limitations for the candidates. But these debates would not be mandatory and would depend on the willingness or not to participate of the candidates. In the Mañueco team it is an option that is not even contemplated.