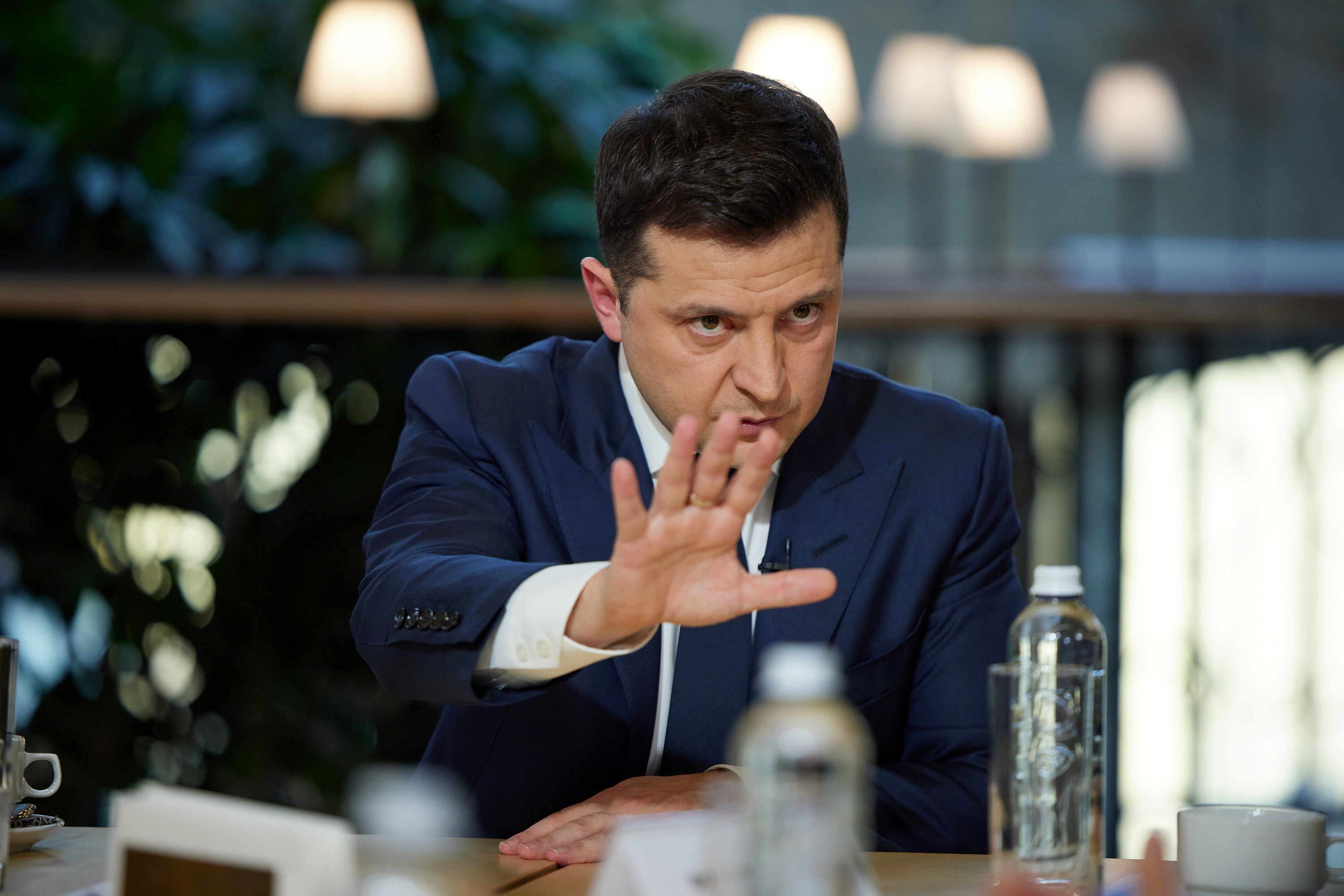 The president of Ukraine, Volodymyr Zelensky, assured this Friday that his intelligence agencies have discovered that a coup d’état backed by “representatives of Russia” is being prepared for December 1 and 2. The Ukrainian leader avoided giving the details of the alleged plan and clarifying whether and how the Kremlin is directly involved in the attempted coup. At a press conference in Kiev, Zelensky also assured that the powerful Ukrainian oligarch Rinat Akhmetov, with whom he has a very strained relationship, is being drawn into the plot. The comment about the preparation of a riot raises tension in the region one step further, already on alert for the concentration of Russian troops along the border with Ukraine.

The Kremlin has rushed this Friday to deny any participation in the alleged coup plan. “Russia has no plans for such participation. Russia never participates in such events, ”said Dmitri Peskov, spokesman for Russian President Vladimir Putin. In recent weeks, observers and analysts such as veteran Volodímir Fesenko have warned not only about Moscow’s military mobilization, but also about another possible hybrid warfare formula, one that uses unconventional methods of aggression, in which Russia tries to provoke a acute crisis with a change of power in Ukraine, a country of 44 million people that is among the poorest in Europe.

“We have challenges not only from Russia and a possible escalation, we have great internal challenges,” Zelenski said. “I received information that a coup will take place in our country on December 1 and 2,” added the Ukrainian president, who claims to handle “solid information” of the plot in which “people from Ukraine” and “representatives of Russia ”are discussing the participation of the oligarch Akhmetov in the plot. “I believe that [el magnate] he may not know it ”, Zelenski pointed out. Through his spokesman, the businessman assured the Interfax agency that the accusations are “a complete lie.”

In recent months, the Ukrainian president has targeted Akhmetov and other big businessmen in the country with an “anti-oligarchy law” that seeks to disempower the richest tycoons, but has also received criticism from some experts, who believe that it may give too much power to the National Defense and Security Council, which, although with the law in hand, will decide who is considered an oligarch. Ajmetov owns the largest private power company in the country and has a large holding company – mining, insurance, finance – most of them in eastern Ukraine, a soccer team – Shakhtar Donetsk – and an empire. Communication.

Ajmetov’s channels have shifted in recent weeks from friendly coverage to much more critical of President Zelensky, a former comedian who came to the presidency in 2019 with a speech against elites and corruption and who promised to resolve the conflict. of the Donbas against the pro-Russian separatists, who receive economic and military support from the Kremlin. In recent months, the popularity of Zelenski, who swept 73% in the presidential elections two years ago – his party, the People’s Servant, also achieved an unprecedented majority in the legislative elections – has suffered.

In a marathon meeting with journalists, Zelenski spoke extensively on Friday about the threat of a Russian military escalation and assured that Ukraine has developed and improved its army in recent years and that it would be ready for it. “We have full control of our borders and we are fully prepared for any escalation,” Zelenski said. According to information from the United States and Kiev intelligence, Russia has accumulated about 114,000 soldiers around its borders with Ukraine and on the Crimean peninsula, which Moscow annexed in 2014 with a referendum considered illegal by the international community and which was held with a Russian military presence on the ground.

The Secretary General of NATO, Jens Stoltenberg, has again warned this Friday about the Russian mobilization and has warned Moscow that any use of force against Ukraine will have a high cost. Kiev consolidated its turn to the West in 2013, with pro-European mobilizations that led to the overthrow and flight of President Viktor Yanukovich, an ally of the Kremlin. The country, which suffered from Russia’s move to annex Crimea and the Donbas war, wants to join the Atlantic Alliance. And while its accession seems extremely far off, it is a clear red line for the Kremlin, which is trying to keep Ukraine, another former Soviet republic, under its influence. Russia defends that NATO poses a threat, that it is unleashing provocations and that it has the right to move its troops as it wishes.