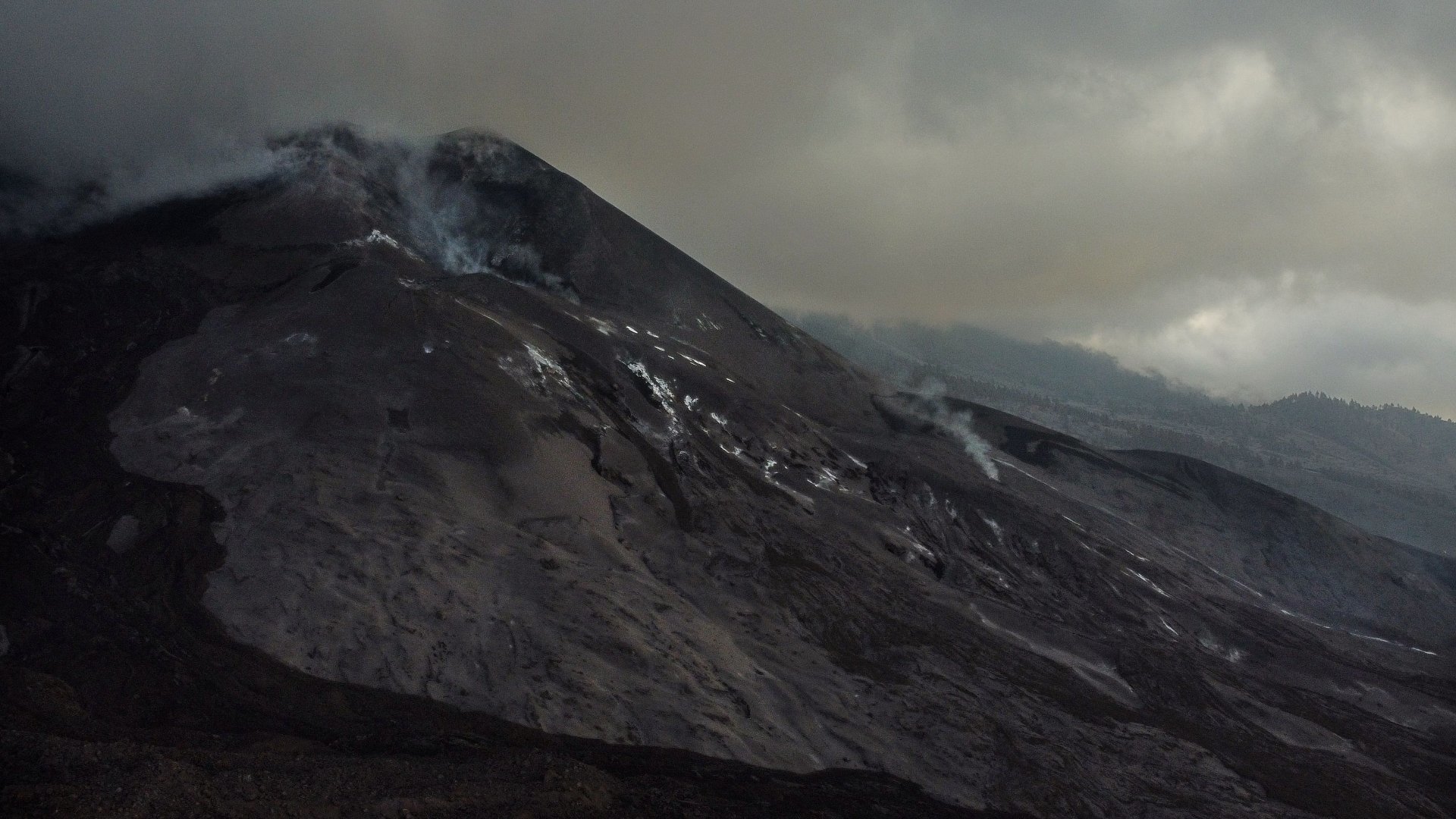 The eruption of the Cumbre Vieja volcano, on the Canary Island of La Palma, which erupted on September 19, presents signs of exhaustion in five key parameters, although scientists warn that it will still be necessary to wait between five and seven days to confirm if it is the beginning of the end of this volcanic process.

The crater of the volcano has stopped emitting lava, the volcanic tremor (vibrations caused by magma in the volcanic building) is at zero and the emission of sulfur dioxide is “extremely low”, as reported by the Volcanological Institute of the Canary Islands, is below five tons a day, after having emitted during weeks thousands of tons.

Besides, the seismicity, both intermediate and deep, remains low, although they continue to detect very low magnitude earthquakes (which according to data from the National Geographic Institute does not reach 3 MbLg).

The volcanologist of the National Geographic Institute, Rubén López, assured this morning on TVE, before the collapse of the gas emission was known that “all are good signals, a very low seismicity, although there are earthquakes they are very small”, with a deformation of the terrain that is not “noteworthy” and the level of tremor at zero activity “for more than 24 hours”.

For the first time, the National Geographic Institute points out in its daily report that “no type of emission” can be seen in the cone of the volcano.

According to data from the European satellite program Copernicus, a total of 2,910 buildings have been destroyed and the surface of the island affected by the volcano reaches 1,226 hectares, data that the Pevolca establishes in 1,193 hectares.

Before the tremor stopped, the volcano began this week with the emission of enormous amounts of sulfur dioxide, and meteorological conditions (with the very low thermal inversion layer in the atmosphere) that made it very difficult to disperse.

That day, for the first time in this emergency, the 33,000 residents of the three municipalities that have crossed the lava flows (El Paso, Los Llanos de Aridane and Tazacorte) they had to remain confined for almost five hours in their homes and schoolchildren in their educational centers.

Refering to air quality, sulfur dioxide levels remain at good levels in all stations, after the episode that forced the confinement of three municipalities, according to the latest Pevolca report. This has allowed the accesses for residents and irrigators to the exclusion zone to have remained open in the last two days.