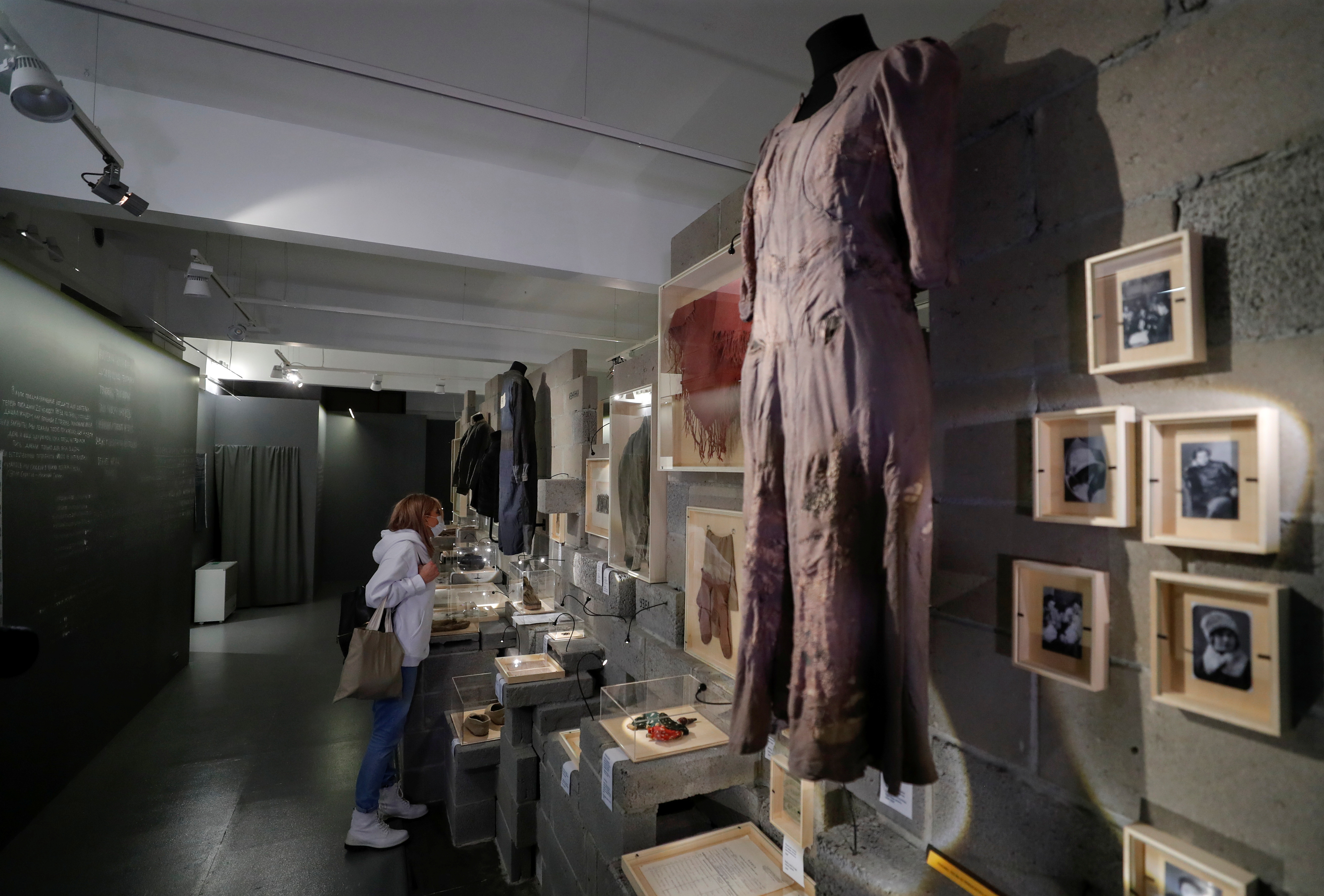 A black silk dress, worn and patched: this was the object that struck me the most on my first visit to the Memorial in Moscow, an institution that deals with the preservation of historical memory, as well as the defense of human rights. The woman to whom the dress belonged, the art historian Valentina Ivánova, was detained in a theater in Stalin’s time. For a year, her elegant short-sleeved dress was her only outfit in jail. Although Valentina’s fate was lost in the pit of the Soviet internment camps, the dress has survived in the Memorial, which also functions as a museum-archive of the gulag. Immersed in research for my book Dressed for a dance in the snowSeveral survivors of the gulag confessed to me that something similar had happened to them.

The story of the ex-prisoner Susanna Pechuro is similar, who as a teenager together with her boyfriend tried to safeguard the revolutionary values ​​of what they both considered the ideological deviation of the Stalin government. Following his arrest, the groom was shot while Susanna was sentenced to decades in the gulag. When Khrushchev declared amnesty after Stalin’s death, Susanna became a professor of history and later one of the founders of the Memorial, promoted by the perestroika by Mikhail Gorbachev. It is at the Memorial where she deposited her dress with the white schoolgirl collar with which she was arrested and that she was wearing in jail.

In the Memorial I also found books that in the gulag represented the most precious commodity, although generally forbidden and therefore scarce. The book was salvation because reading made people forget the misery of the countryside and provided the prisoners with reflections in which to occupy their minds while they fulfilled their working day of up to 14 hours, not counting the long marches to the workplace. In reading, so scarce, the prisoners found surprising ideas and unusual beauty, which helped them preserve their dignity as human beings. Many people who spent years or decades in the gulag deposited in the Memorial those objects that had helped them most to build resilience.

Now, however, the Memorial, which for more than three decades has helped so many people not to forget, may be forced to close.

Vladimir Putin, since he became president of Russia two decades ago, set out to restore greatness to his country, using hypertrophied and uncritical nationalism as a tool; and evidently the narrative about the dark excesses of Stalinism is not on their agenda. The Russian president, formed during the last four decades of the Soviet Union, made his own some of the values ​​of the great communist power, including the importance of Russia worldwide. For this reason, during his presidency, he has repeatedly affirmed that the dismemberment of the Soviet Union was “a tragedy”, as was for him the loss of Russian influence over its satellite countries, most of which today are part of the European Union. Putin proposed nothing less than to restore the Russian empire and he does not stop taking steps in this direction: he tries to influence the politics of the Eastern countries and annexed Crimea, an integral part of Ukraine on whose border, in addition, he maintains a warlike conflict.

Rewrite history to obtain the image of a Russia with an impeccable, even grandiose past, that of the country that defeated Nazism, as well as others males like homosexuality or blacks, it is another objective. In order to achieve this image, Putin exterminates his critics, deploys his Army on foreign borders, drives us down to the West, appropriates the lands of others. And it persecutes those who strive to keep historical memory intact, such as the historian Yuri Dmitriev, who found near a former prison colony in Karelia a mass grave dating from 1937, the year of the great Stalinist terror. Inna Gribánova, who 25 years ago was devoted to historical memory in the Siberian countryside area of ​​Kolymá, where she was a guide and planned to establish museums, has grown tired of the constant harassment and has changed her profession. “Russia does not want to remember; what he seeks is to disguise his past with grandstanding, ”the well-known Russian-American journalist and essayist Masha Gessen told me.

Now the bells are tolling for the Memorial, that sanctuary of historical memory, which the Russian state has put on trial under the accusation of being a foreign agent: since Memorial could not get Russian money, it had to seek funding abroad. Even Putin’s accusations are traced to the Soviet ones.

Like many other peoples subjected to dictatorships and autocracies, the Russian too can become a community without memory. And from there, any manipulation is possible.

Monika Zgustova is a writer.